THIS STORY HAS BEEN FORMATTED FOR EASY PRINTING
Ian Donnis

Memo to Mass.: Racino in R.I. has proved to be mixed blessing 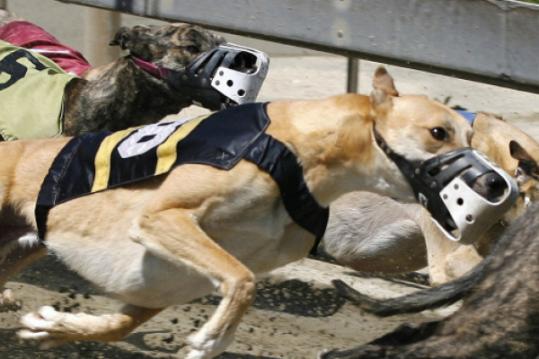 PROVIDENCE
IT STARTED simply enough. The owners of a dog track in Lincoln, R.I., a town north of Providence, wanted a new cash source to offset shrinking interest in their main attraction, greyhound racing.

The addition of video lottery terminals (VLTs) at Lincoln Downs, starting in 1993, had the desired effect. Spending on VLTs — which to players look a lot like slot machines — enjoyed double-digit growth for better than a decade, fueling gambling’s rise as the Rhode Island’s third-largest source of state revenue.

Close to $300 million now flows to the Ocean State each year from VLTs. A former jai alai parlor in Newport has some video slots, but most of them are at Twin River, as the former Lincoln dog track has been known since a costly makeover was completed in 2007. The number of VLTs at Twin River — 4,752 — has almost doubled since 2005.

This sort of cash infusion might look tempting as Massachusetts legislators and their challengers this fall consider whether to move ahead with casinos or slot machines at racetracks. The political appeal is understandable, since gambling can help states to increase revenue without raising taxes.

Yet Rhode Island’s experience with the former Lincoln Downs shows how so-called “racinos” — one-time racetracks reinvented through more contemporary forms of gambling — can be mixed blessings.

In 2005, for example, the CEOs of Lincoln Downs and its British parent firm were convicted of conspiring to pay up to $4 million to bribe then-Speaker John Harwood, in a plot to get more VLTs authorized in Lincoln and to block an envisioned Narragansett Indian casino. (Harwood, whose law partner had done legal work for the track, was not charged in the case.)

Even without the specter of dirty-dealing, it’s very difficult for states to lessen their dependence on a stream of gambling revenue once the money starts bubbling in. “We’re basically in a Catch-22,” then-Rhode Island Senate president Joseph Montalbano told the Providence Journal back in 2005. “We need to try to protect that revenue source as best we can.”

Rhode Island officials are watching developments in Massachusetts with a wary eye, especially after a study commissioned by Twin River found that its gambling revenue could fall by up to 35 percent with increased Bay State competition.

Yet even without a tougher regional landscape, a windfall in gambling revenue hasn’t insulated Rhode Island (or Connecticut, home to Foxwoods and Mohegan Sun) from serious budget deficits. Nor has it worked out as planned for BLB Investors, a consortium of hotel and gambling interests, which bought Lincoln Downs for $445 million in 2005.

BLB pursued a $225 million expansion that ran right into the recession. Pointing to the cost of subsidizing dog racing (which has since been eliminated) and the heavy bite of the state (which claims almost 61 cents of every dollar lost by gamblers at Twin River), BLB Investors filed for bankruptcy in 2009. A reorganization plan backed by a new owner won court approval in June.

In 2002, Republican Governor Donald Carcieri won the first of two terms, in part by calling out the Democratic-controlled General Assembly for the $10 million state subsidy then provided to greyhound owners at Lincoln Downs. But after taking office, his administration has acted in ways that support Twin River’s interests — and, presumably, the revenue stream it produces. In 2006, Carcieri sharply opposed a proposed Harrah’s Entertainment-Narragansett Indian casino before it was rejected by voters; he argued it would slash state revenue and kill tourism and hospitality jobs.

The governor has defended the dramatic growth in the video lottery terminals at Lincoln and Newport by saying Rhode Island was already heavily dependent on gambling when he took office. Yet as his tenure winds down, Carcieri has also backed legislation committing the state to pay $6 million in marketing costs for Twin River. The same measure put the state on the hook for making up the facility’s losses if a new gambling entity comes into Rhode Island.

To critics, Twin River — even after its plunge into bankruptcy — has become Rhode Island’s own version of Too Big to Fail. Maybe racinos would have less pull in Massachusetts, where the economy is more diverse. Then again, when states turn to gambling to boost revenue, the quick influx of money often has unexpected results.