Back to the future on energy 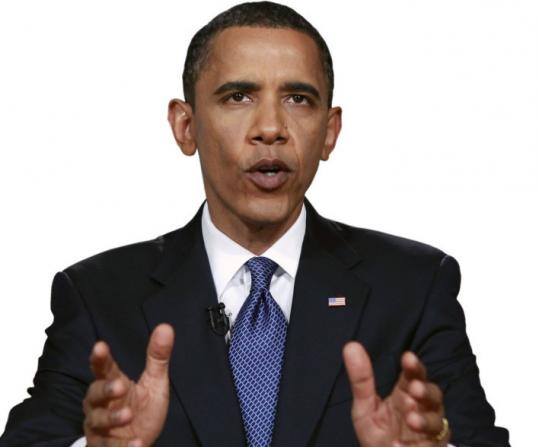 ALL OF a sudden, it seems like we’re back in 1977. That was the year Jimmy Carter delivered his national call for energy independence. Disinflate for Carter’s melodrama — “this difficult effort will be the moral equivalent of war’’ — and on first glance, Barack Obama could have been reading from the same script when he spoke to the nation on Tuesday.

“Now is the moment for this generation to embark on a national mission to unleash American innovation and seize control of our own destiny,’’ the president declared.

More than three decades separate now from then, decades in which this nation wandered backward on the road to energy independence. There’s a hard but simple lesson here. As pithily put by Austan Goolsbee, the University of Chicago economist-cum-Obama adviser, moral exhortations don’t change people’s behavior, prices do.

Energy prices were high under Carter, and so there was a push for change. However, with domestic production of oil decontrolled, they dropped under Reagan — and when they did, the impetus for alternative energy and conservation faded.

Now we once again have a confluence of events arguing for action: broad scientific agreement that carbon emissions play a big role in global warming; vivid memories of the high price of gas before the economic slowdown, reinforcing a sense that the era of cheap oil is drawing to a close; the Deepwater Horizon disaster, which highlights the environmental risks that come of drilling ever deeper for oil; and continuing concern about our dependence on the Middle East for energy.

Still, the price of carbon-based fuels will have to be higher and stay higher for the nation’s energy mix to undergo a fundamental shift. The best way to accomplish that is by putting a price on the carbon and other greenhouse emissions, externalities long freely disposed of in the environment. And the most efficient way of doing that is through a cap-and-trade system, which would tap market forces to reduce those emissions. Popularized by George H.W. Bush to cut other forms of air pollution, cap-and-trade was something Obama and John McCain both supported in 2008, though McCain has since retreated from that position.

The House has passed such a bill, and legislation by Senators John Kerry and Joe Lieberman would establish a cap-and-trade system for utilities and heavy industry and require oil producers to buy emissions permits, though those would not be traded. Households, meanwhile, would receive rebates to offset increased energy prices.

However, with climate change now a deeply politicized issue, cap-and-trade has become a bete noire to Republicans. “It is a huge irony,’’ said Kerry. “George Herbert Walker Bush did this with John Sununu as his chief of staff . . . It was done in order to respect the marketplace and not have [a] command-and-control’’ system.

Despite Tuesday’s determined tone, some worry Obama’s own resolution has faltered. After all, the president didn’t refer explicitly to cap-and-trade, noting instead that the House had passed “a strong and comprehensive energy and climate bill’’ that embraced the principles he laid out in 2008. Continuing with his mixed signals, Obama acknowledged the cost concerns, but then contended we couldn’t afford not to change the way we produce and use energy, before concluding that he was “happy to look at’’ other ideas and approaches.

Here’s the political reality, courtesy of an optimistic US Representative Ed Markey, co-author of the House bill: “The president will have to make the case for this legislation again and again for it to become law.’’ So will Obama be a full-throated advocate?

Like Markey, Kerry is hopeful, saying the president called on Wednesday and “reaffirmed his desire to get it done, to go full-court press’’ on putting a price on carbon emissions.

And if we don’t send a strong market signal that the time has come to begin a serious transition from carbon-based fuels? Well, count on this: A future president, in the wake of another catastrophe or another price shock or increasing evidence of climate change, will again tell the nation that we must seize the moment.

The only difference will be that we’ll have lost years in the meantime.