Dangerous to our health 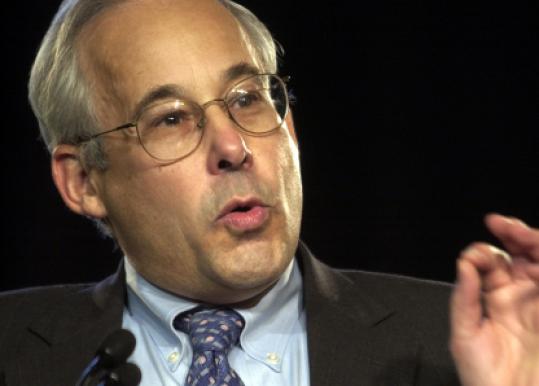 "I am romantic about the National Health Service. I love it." -- Dr. Donald Berwick, President Obama's choice for director of the Center of Medicare and Medicaid Services. (Times-Picayune)
By Jeff Jacoby Globe Columnist / June 16, 2010

PRESIDENT BARACK Obama was adamant: His health care overhaul would not put Americans on the road to British-style, government-run medicine. Speaking to the American Medical Association last June, the president dismissed as “scare tactics and fear-mongering’’ all talk of “socialized medicine and government takeovers; long lines and rationed care; decisions made by bureaucrats and not doctors.’’ A few weeks later he reiterated the message: “I don’t believe that government can or should run health care.’’

But if Obama is as opposed to a government-ruled health sector as he claims, why has he nominated Dr. Donald Berwick as director of the Center for Medicare and Medicaid Services — far and away the nation’s largest health-insurance programs, at a cost of nearly $1 trillion — a man who openly adores Britain’s socialized health care?

From all accounts, Berwick, a pediatrician, is respected by his peers. He is the founder of the Cambridge-based Institute for Healthcare Improvement, and an expert on making patient care safer and more efficient. Among his supporters are Bill Frist, a physician and former Senate majority leader, and several previous directors of the Center for Medicare and Medicaid Services.

But if Berwick’s credentials cannot be doubted, neither can his ideological commitment to centralized state power over health care, or his disdain for the ability of markets and competition to improve the quality and lower the cost of medical services.

He has publicly saluted Britain’s socialized National Health Service for rejecting the “immoral’’ American system and “the darkness of private enterprise.’’ He declares that “the Holy Grail of universal coverage’’ cannot be achieved with consumer-centered health care, but only through “collective action overriding some individual self-interest.’’

And he embraces government health care rationing. “The decision is not whether or not we will ration care,’’ he said in a 2009 interview, “the decision is whether we will ration with our eyes open.’’ This is a view Berwick has held for a long time; more than 10 years ago he wrote that “limited resources require decisions about who will have access to care and the extent of their coverage.’’ Accordingly, he praises the NHS for “making tough choices’’ about the care it administers — unlike the American system, in which the supply of medical care is not artificially restricted. “Here, you choose a harder path,’’ he said in Britain two years ago. “You plan the supply; you aim a bit low; you prefer slightly too little of a technology or a service to too much; then you search for care bottlenecks and try to relieve them.’’

But those who have to live with the NHS and its “bottlenecks’’ don’t always find them so admirable. The British press has been reporting horror stories about the realities of government-run health care. Some recent headlines give a sense of the coverage:

“Hundreds of patients died needlessly at NHS hospital due to appalling care.’’

“Standard of care in some wards ‘would shame a third world country.’ ’’

No one can deny that America’s health care system is flawed in many ways. But when it comes to the standard that matters most — the quality of health care provided — our haphazard, expensive, insurance-based system towers above the NHS.

“In Britain 36 percent of patients have to wait more than four months for non-emergency surgery,’’ wrote journalist James Bartholomew in The Spectator. “In the US, a mere five percent do.’’

By one metric after another — cancer survival rates, performance of diagnostic tests, availability of CT and MRI scanners, consultation with specialists — US health care is superior. “British state-run health care,’’ Bartholomew concluded, “is so amazingly, achingly, miserably, and mortally incompetent.’’

That’s the system that leaves Berwick feeling “romantic’’ — the system he proclaims an “example’’ for the United States. And Obama wants him to run Medicare and Medicaid? Let us hope 51 senators say no.