In Turkey, rage at Israeli raid puts an ally to the test 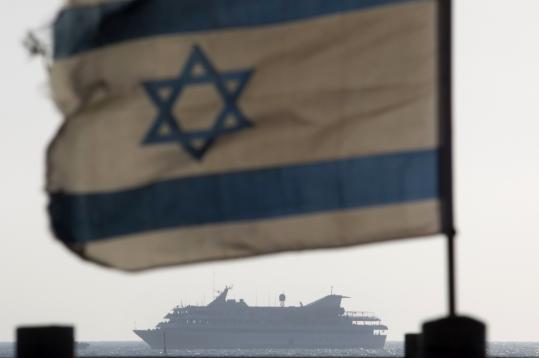 THE WEAKENING friendship between Turkey and Israel was further shaken by Monday’s Israeli attack on a flotilla of activists bringing relief supplies to Gaza. More than half of the activists were Turkish. Turks had been following the flotilla’s progress intently, and were stunned when the story took a more violent turn than anyone had expected.

This is not the first time the Gaza issue has inflamed relations between these two longtime partners. Prime Minister Recep Tayyip Erdogan of Turkey had brokered a secret peace process between Israel and Syria that was disrupted by Israel’s 2008 invasion of Gaza, and felt personally betrayed. He angrily called the invasion an act of genocide. At last year’s Davos conference, he argued about Gaza with President Shimon Peres of Israel and then angrily stormed off the stage. Rapturous crowds welcomed him upon his return home, and overnight he became a hero in the Arab world.

In January, Turkey recalled its ambassador from Tel Aviv after an Israeli official publicly insulted him. He returned to his post soon afterward, but was recalled again after Monday’s raid on the Gaza flotilla. At home he found angry Turks pouring onto streets. Anti-Israel emotion in Turkey, fed by two years of televised images from Gaza and suddenly inflamed by the flotilla raid, is running high.

Turkey is today more widely admired and respected in the Middle East than at any time in its history. Under the right circumstances it could become a key broker between Israel and its enemies. Responding to this latest outrage by breaking too decisively with Israel will make it more difficult for Turkey to function as the impartial mediator the region desperately needs.

Turkey’s relationship with Israel is long, and friendship between Turks and Jews is a motif of history.

“Turkey is a land where nothing is lacking,’’ the rabbi of Adrianople, now the Turkish city of Edirne, wrote to persecuted European Jews in 1454. Sixteen years later, by official decree, the Ottoman Empire opened its doors to Jews expelled from Bavaria. More than 150,000 more came after their expulsion from Spain in 1492. By the seventeenth century, most of the world’s Jews were living safely under Ottoman rule. Sultan Abdul Mecit officially outlawed the anti-Jewish “blood libel’’ in 1840. When Hitler expelled Jewish professors from German universities in 1933 and neither the US nor European countries would give them refuge, President Kemal Ataturk took in more than 200; they became the brilliantly talented core of the new Istanbul University.

Turkey recognized Israel soon after its establishment in 1948, and many Turkish Jews moved there. Partly because of a shared antipathy to Arabs, the two states began cooperating. They gave each other military aid, with Turks allowing Israeli pilots to practice in Turkish airspace while Israel modernized Turkish tanks. More recently, their annual trade has grown to the multi-billion-dollar level, and Turkey has become a favorite destination for Israeli tourists. The one serious blot on this record was the crushing “wealth tax’’ Turkey imposed on non-Muslim businesses during World War II, which was in part a way of squeezing honestly earned money from Jewish families. With this exception, though, Turkish-Jewish relations have been warm for centuries.

News that Israeli soldiers attacked Turkish civilians on the high seas naturally outraged Turks. Allowing the emotion of street protests to infect policy-making, however, would damage Turkey’s own self-interest. The single factor that would most fully promote and secure Turkey’s future would be a calm Middle East. That goal is not reachable without Israel’s cooperation.

In one intriguing sense, Israel and Iran pose similar dilemmas to the world. Both are widely seen as rogue states, even pariahs. Both behave in ways that have earned them many enemies in the Middle East and in the wider world. The impulse to punish one or the other, or both, is easy to understand. But without the cooperation of both Israel and Iran, there will be no progress toward the urgent goal of Middle East peace. Denouncing, threatening, and sanctioning Israel and Iran may redeem emotions, but it intensifies passions rather than calming them.

Turkey cannot remain calm and smiling as its citizens are attacked by soldiers of a foreign army. Its national conscience has been genuinely shocked by the intensity of the long Gaza embargo and the violence of Monday’s raid. Overreacting, however, would further weaken the Turkish-Israeli axis that has served the region well for half a century and holds tantalizing possibilities for the future.

Stephen Kinzer is the author of “Overthrow: America’s Century of Regime Change From Hawaii to Iraq.’’