As a lewd new dance rage heads to the prom, some high school girls are saying no thanks 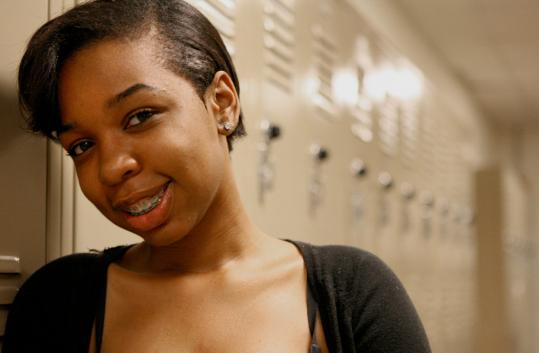 THINK FOR A moment if the Marquis de Sade had come to town to open a dancing school. That would give you some sense of the hyper-lewd lyrics and movements involved in “daggering,’’ which has made its way from the dance halls of Jamaica to Boston.

Some high school girls in Boston are determined that daggering won’t ruin their senior prom. Unlike many of their classmates, they have no trouble distinguishing between the sensual elements of dance and outright lewdness. They’ve broken with the group-think mentality that compels many teenage girls to go to extremes to fit in or appear desirable to boys.

Daggering involves exaggerated grinding movements done by a man to a woman, usually front to back, often to a song providing lyrical instructions. Acrobatic forms of daggering add an element of physical danger, such as diving from a foot ladder onto a woman who is splayed on the ground. Daggering isn’t suggestive. It’s rough, artless, simulated sex on a dance floor.

“Daggering is almost a movement now,’’ explained Shanasia Bennett, a senior at the Edward M. Kennedy Academy for Health Careers in the Fenway. “If you’re not doing it, you’re lame.’’ Bennett, wisely, would rather appear lame than allow herself to be debased.

Bennett recently educated Health Careers headmaster Caren Walker Gregory about the popularity of daggering and the tone it might set for the prom on Saturday. The headmaster viewed a daggering video. Her review: “It made me sick to my stomach.’’ Then she called a “town meeting’’ to educate her 215 students about self-respect, their responsibilities to each other, and where daggering fits into that equation. She told the students that anyone daggering at the school prom would be escorted out the door.

Bennett is a nice, open-minded kid, not some throwback to the Boston Watch and Ward Society. She discovered that a lot of teens see daggering as an acceptable form of entertainment during interviews for an article in the May/June issue of “Boston Teens in Print,’’ an after-school, Boston Globe-affiliated publication for aspiring writers. One boy told her daggering “makes him feel like a king.’’

That, it turns out, is much of the point. Last year, Jamaica’s Broadcast Commission banned daggering songs and videos from the airwaves. The ban brought out a deeper discussion in the Jamaican press by music historians who view daggering as the ultimate dance expression of male domination over women. The simulated sex, they said, was secondary to the display of naked power.

That analysis seems right to smart girls in Boston who have seen their share of daggering at house parties and aren’t happy about its intrusion this year into holiday dances at school. “It requires no skill,’’ said Roxanne Taylor, a native of Jamaica who is graduating this year from the John D. O’Bryant School of Mathematics and Science in Roxbury. “The girl doesn’t do anything but bend over.’’ Taylor said that educators at her school have seen enough, too. O’Bryant students are now required to sign a pledge that they will refrain from sexually explicit dancing as a condition for attending the senior prom.

Boys smirk at the mention of daggering. “It’s a dance, that’s all,’’ said James Clagon, a Madison Park sophomore who was hanging out with friends at the Franklin Field housing development in Dorchester. But even adolescent boys think twice when informed of news reports linking an increase in penile fractures to attempts to transfer daggering moves from the dance floor to the bedroom.

Dancing has made people apoplectic for centuries. The Romantic poet Lord Byron wrote of the “lewd grasp and lawless contact warm’’ of the waltz, which was banned for a time in 18th-century Germany. Flamenco, tango, and other forms of sensual dancing have been targets, too. It seems ridiculous in retrospect. But even hundreds of years from now, no one in their right mind will be praising daggering for its intricate steps or brilliant variations.

During prom season, warnings rise about the dangers of drunken driving. Some towns sponsor all-night parties to keep their kids off the road. But in Boston, some clever girls are warning that self-respect is at the greatest risk of being run over on the dance floor.