THIS STORY HAS BEEN FORMATTED FOR EASY PRINTING
Charlotte Steinway

When you’re only text friends 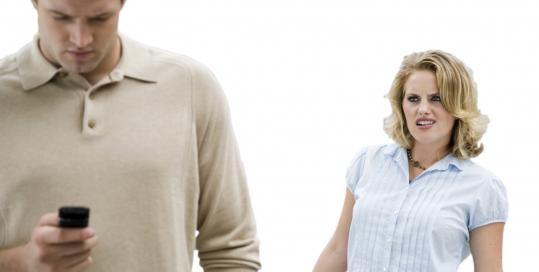 (Istockphoto)
By Charlotte Steinway May 2, 2010

THERE’S A SILENT epidemic making the rounds at my college. No one talks about it because, quite literally, it goes unspoken.

When I first set foot on campus, I feared every freshman’s pariah nightmare was coming true: Kids who had friend-requested me on Facebook were pretending I didn’t exist when I passed them on the quad. People from my wilderness pre-orientation — people I’d shared sleeping bags with only a couple weeks earlier — would look at me, then immediately look away. A girl I’d given my lecture notes to walked right by as if I were a stranger. But a dozen or so conversations with friends and classmates led me to realize it wasn’t me alone being shunned.

No, I was getting the cold backpacked shoulder largely because everyone was on their iPod or cellphone, or at least pretending to be. The elderly use canes, the youth use phones. What horrified me the most was that by the end of September, I was right there with them, pretending I didn’t recognize the kid whose Facebook page told me he too likes TV on the Radio and Ratatat. And I was clutching my phone with a severity of object attachment I hadn’t felt since the days of the pacifier. In an age where hookups, breakups, and makeups are increasingly initiated via text or online, the social dynamic of face-to-face interactions has changed drastically and in some cases disappeared entirely.

As a sociology major and a member of this be-everywhere-now generation, I find the silence deadening. Also, if it’s this bad on a college campus — where our lives are landscaped to criss-cross each other many times a day— what happens when we graduate and retreat into separate cities, homes, cars, marriages? One friend, a junior who’s on the shy side, told me she relies heavily on her electronic escape hatch. “I’ll walk by someone, I’ll have my iPod in, even if it’s not on, and they’ll think I didn’t say hi because I was distracted. So it gives me an excuse.’’

Another classmate admits she’s turned to “fauxting,’’ fake texting when she realizes that someone she knows is about to actively ignore her. Given an option, there isn’t a college student out there who will choose to invite rejection. “Everyone wants everyone else to say hi but doesn’t want to be the person saying hi,’’ as my housemate put it. We use cellphones to mediate they way others perceive us; if we’re texting or calling a friend, we appear sought after, occupied, in demand.

But the tragic, isolating thing is that we reach for our devices because we don’t want to seem lonely — which is causing us to avoid our peers and actually be lonely.

In 1983, Erving Goffman, a founder of the symbolic interactionist school of sociology, claimed that humans of “acquaintanceship’’ are enlisted to “the right and obligation mutually to . . . acknowledge individual identification on all initial occasions of incidentally produced proximity.’’ In English, this means that every time you happen to be within physical range of someone you know, it is your duty as a social being to acknowledge this person, ideally with a hello followed by their name.

Oh, how we now scoff at the Goff. I can’t count the number of times I’ve talked to someone at a party, promising to start saying hi to each other on campus. The next morning, we pass on the way to class — and nothing.

The precedent is set. And I’m sick of it. Um, hello? Start saying it. If you don’t know the name of someone you recognize, use the tools you’ve got (FB) to figure it out. If they reject your greeting, well, then you really have something to text your friend about. I was recently at a party and got to talking to a boy I’d seen around but had never spoken to. The next day, when we passed on the quad and gave each other that “Are you going to say hi?’’ look, I vowed to break the silence.

“Hey Matt, what’s up?’’ I said. Only slightly startled, he replied with “Hey’’ and a smile. A couple hours later he friend-requested me on Facebook.

Charlotte Steinway is an author of “Red: Teenage Girls in America Write On What Fires Up Their Lives Today’’ and a senior at Tufts University.