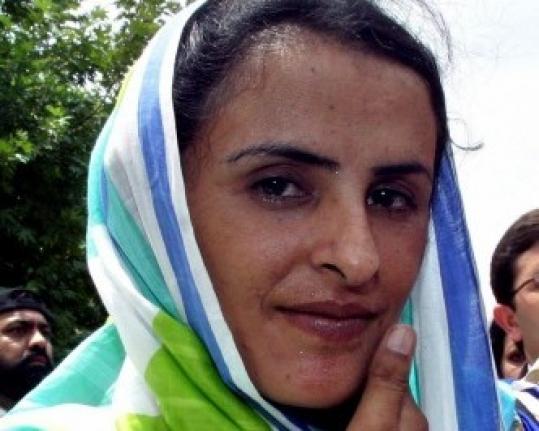 “PAKISTAN is’’ and you’ll find a host of common searches: “a failed state,’’ “a terrorist country,’’ “doomed’’ and — encompassing all of the above — “the problem.’’ Pakistan’s image is both the effect and a potential cause of terrorism: it scares away business investments, and leaves jobless youth without opportunities, ripe for mullahs who promise riches in the afterlife. In significant ways, however, the actual security risks faced by private enterprises in Pakistan is no greater than the violent threat they face in India.

It is a testament to India’s public relations success that extraordinary threats, both internal and external, have done little to diminish India’s standing as a favored destination for foreign capital. In 2008, Islamist terrorists killed at least 170 civilians in India’s financial capital, Mumbai, exposing the government’s inadequacy at protecting its citizens.

This was not a one-off occurrence. The same year, Hindu extremists had claimed at least 100 Christian lives in the state of Orissa. In 2002, Hindu extremists slaughtered up to 2,000 Muslims in Gujarat; Human Rights Watch found that the attacks were organized with extensive police participation and in close cooperation with officials of the Bharatiya Janata Party, the ruling state party.

Meanwhile, minutes away from Hyderabad, India’s answer to Silicon Valley, a Maoist insurgency has taken grip that spreads across nine Indian states and has already cost at least 6,000 lives, according to the BBC. Secessionist movements in the north, west, and eastern parts of India are challenging the Indian state’s endurance, and are often met with extra-constitutional brutality by the state.

Despite India’s travails, it is known by the amicable faces of actors Amitabh Bachchan and Shahrukh Khan, Prime Minister Manmohan Singh, sitarist Ravi Shankar and a string of Ms. Universes. Were it not for their global outreach and the consequent foreign investment it secured, the Indian narrative today would be very different.

So how can Pakistan emulate India’s success?

First, Pakistan must address the major difference between the two countries: their Standard and Poor currency convertibility ratings. India is rated BBB+, Pakistan has a B-, the same as Ukraine and Argentina. Institutions seeking investments would do well, therefore, to direct investors to reputable insurers that insure against currency inconvertibility, as well as against political violence and terrorism.

Pakistan would also do well to emphasize that it has fewer regulatory restrictions on foreign investment than neighboring India and that it ranks 58 places higher than India in the World Bank’s “Doing Business’’ 2010 report; that, like India, it has a substantial middle-class population fluent in English; and that until Lehman Brothers and the food and oil price shocks of 2008, its stock exchange was growing at a rapid rate.

Finally, Pakistan and its allies must help Pakistan exert soft-power, as its larger, similarly troubled neighbor successfully has, in order to negate associations with terrorism and failure.

Lifetime human rights lawyer Asma Jahangir, Supreme Court Chief Justice Iftikhar Chaudhry, who stood-up for an independent judiciary, and Aitzaz Ahsan, his lead counsel, are citizen heroes no less worthy of international status than Aung San Suu Kyim, the pro-democracy opposition leader under house arrest in Myanmar. Mukhtaran Mai, a village girl punished to gang-rape and who responded by founding schools in her community, and philanthropist Abdul Sattar Edhi, who set up the largest private ambulance service network in the world and holds the record for the longest time worked without having taken a holiday, are no less noteworthy than Mother Teresa.

The White House is linking Muslim entrepreneurs from around the world with US businesses with which they may have synergy. The US State Department ought to do the same for Pakistani artists. Contemporary English-language fiction writers such as Mohammad Hanif entertainingly narrate stories of Pakistan. The late Sufi tenor Nusrat Fateh Ali Khan and pop artists Atif Aslam and Ali Zafar have a following throughout South Asia, but are virtually unheard of beyond.

With a little help from its friends, Pakistan can emulate India by imprinting the face of Ali Zafar over AQ Khan in the minds of foreign investors. Enticing more investment and hence job opportunities, Pakistan and friends will have done their part to lure urchins with constructive, rather than destructive, aspirations.

Imaduddin Ahmed is a global business scholar at The Fletcher School of Law and Diplomacy. Kapil Komireddi is an Indian writer.