A question of health and women’s equality 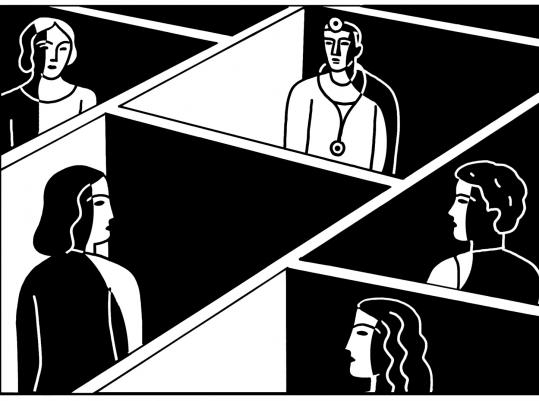 MY FAVORITE moment so far in the health care debate was when Senator Jon Kyl of Arizona argued against mandating maternity benefits as part of a basic insurance coverage. “I don’t need maternity care,’’ he blurted out. At which point, Michigan’s Debbie Stabenow quipped, “I think your mom probably did.’’

For that matter, so did his wife and daughter. But never mind. We had one brief glimpse into the mind of a politician who doesn’t quite see women’s health concerns as equal to his own.

Michelle Obama referred to this connection between health care and equality when she told a group of women that overhauling the system was “the next step’’ in women’s advancement for opportunity. Women are not only less likely to have insurance at work, but more likely to face discrimination from insurance companies. They also, she added, can be denied coverage just for the preexisting condition of having had a C-section.

It is becoming obvious that just having a female reproductive system is a preexisting condition in the health care debate. The up-and-coming sticking point is abortion.

The Senate Finance Committee beat back some restrictions, but the question for Congress is still whether the “reform’’ that is supposed to increase coverage will instead reduce it. Will women who now have coverage for abortion in their private plans end up losing it?

In the days before Roe v. Wade, there was a hodgepodge of different state laws governing abortion. The argument in favor of abortion rights was not just about equality between men and women, but equality along economic lines. It was unjust, many argued, to have a system in which a wealthier woman could find and afford a safe abortion while a poorer woman had to put herself at risk.

After Roe, abortion opponents regrouped and went looking for a restriction that would appeal to the ambivalent middle. They latched on to the idea that taxpayer money shouldn’t be used to pay for abortions. This not only stigmatized abortion, separating it from “legitimate’’ health care, it reintroduced a two-tier health system for poor women on Medicaid.

Today, those tiers have expanded. Women on Medicaid can only get abortion coverage when states pick up the bill. Women in the military have no coverage, not even if they were raped. Doctors on the military payroll aren’t allowed to provide abortions even for soldiers who can pay their own way. Nor is there coverage for federal employees.

So what now? We were told that the health care legislation would be “abortion neutral,’’ that it wouldn’t change the shaky status quo, or rile the troops in the abortion wars.

One compromise in the House proposed by Representative Lois Capps of California would keep it that way. Abortion would be neither mandated nor banned. There would be no federal funds in subsidized plans for lower-income people; the money would be segregated.

But it turns out that finding neutrality in the abortion wars is elusive. We now have prolife Republicans and Democrats - most notably Representative Bart Stupak of Michigan - demanding that any health plan offering abortion be banned from the newly created health care exchange.

And guess what that will mean? More than 80 percent of private insurance plans cover abortions. But any insurance plan that wants to be eligible for the huge wave of new clients would have to drop the abortion coverage it offers.

So let’s regroup. The first target was poor women on Medicaid, then came women in the military, now women needing subsidized plans. Next? “The millions of women who presently have private insurance would lose it if they are successful in putting in an all-out ban,’’ says Nancy Keenan of NARAL Pro-Choice America.

No woman expects to have an abortion. But one in every three women has one by the age of 45. That’s a whole lot of women to stigmatize . . . or ignore.

The irony is that this attempt to enforce a federal moral rule over everyone’s health comes from precisely the people who are most angry at the idea of a government takeover of health care.

This leads me to my second most favorite moment in the health care debate: when Republican Jim Bunning of Kentucky loudly railed, “I do not support a government takeover of the health care system,’’ and then fell asleep.

I’m sure he’s covered for narcolepsy.