THIS STORY HAS BEEN FORMATTED FOR EASY PRINTING
Andrew Wilder

A ‘weapons system’ based on wishful thinking 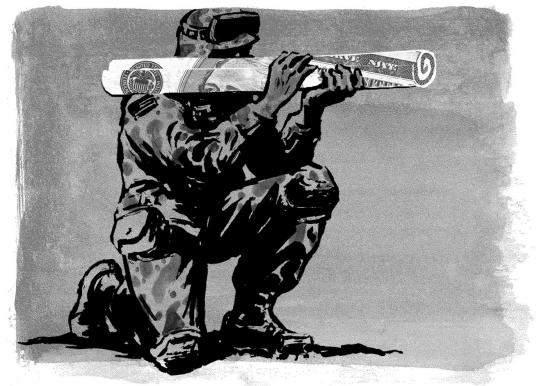 (Christopher Serra for The Boston Globe)
By Andrew Wilder September 16, 2009

IN APRIL, the US Army published the “Commander’s Guide to Money as a Weapons System,’’ a handbook that provides guidance on how to use aid funding to win the support of the “indigenous population to facilitate defeating the insurgents.’’ This summer the US government indicated that it plans to nearly double (to $1.2 billion) the main fund military commanders in Afghanistan use to support projects intended to “win hearts and minds.’’

This handbook and the surge of aid money illustrate the centrality of development assistance to the United States’ counterinsurgency strategy. The underlying assumption is that aid projects, such as building schools, clinics, and roads, will win the hearts and minds of Afghans, give them more faith in their government, and turn them away from the Taliban. The logic sounds reasonable. But the problem is that there is little evidence to support it.

Some colleagues and I have spent the last year conducting more than 400 interviews in Afghanistan trying to understand the stabilization benefits of the billions of dollars worth of development aid that have been spent so far in Afghanistan. While many projects have clearly had important humanitarian and development benefits, we have found little evidence that aid projects are “winning hearts and minds,’’ reducing conflict and violence, or having other significant counterinsurgency benefits.

In fact, our research shows just the opposite. Instead of winning hearts and minds, Afghan perceptions of aid and aid actors are overwhelmingly negative. And instead of contributing to stability, in many cases aid is contributing to conflict and instability. For example, we heard many reports of the Taliban being paid by donor-funded contractors to provide security (or not to create insecurity), especially for their road-building projects. In an ethnically and tribally divided society like Afghanistan, aid can also easily generate jealousy and ill will by inadvertently helping to consolidate the power of some tribes or factions at the expense of others - often pushing rival groups into the arms of the Taliban.

In the southern province of Urozgan, an Afghan government official said to me: “In this area the family and friends of Karzai get everything. All aid in these areas is to make them more powerful. They are corrupt and cruel people, but donors continue to support them.’’

The most destabilizing effect of aid, however, is its role in fueling massive corruption, which in turn is eroding the legitimacy of the government. Our research suggests that we have failed to win Afghan hearts and minds not because we have spent too little money, but because we have spent too much too quickly, often in insecure environments with extremely limited implementation and oversight capacity.

Significantly, the main cause of insecurity identified by most Afghans we interviewed was not poverty, or a lack of reconstruction, or even the Taliban, but their highly corrupt and ineffective government. In Paktia province, where the US-led Provincial Reconstruction Team has been funding aid projects since 2003, a tribal elder explained:

“Paktia has lots of problems, but the issue of lack of clinics, schools, and roads are not the problem. The main problem is we don’t have a good government . . . Without a clean government, millions of dollars are stolen. If you increase the amount of money it will also be useless because the government will simply steal more. There’s a growing distance between the people and the government and this is the main cause of the deteriorating security situation.’’

The Taliban exploits this sentiment, and seeks to legitimize its movement by promising better security, quick justice, and a less corrupt government, rather than more roads, schools, and clinics.

This is not to say that the United States and other donor countries should not fund development projects in Afghanistan. But foreign aid should focus on promoting humanitarian and development objectives, where there is evidence of positive impact, rather than on promoting counterinsurgency objectives, where there is not. Without compelling evidence to the contrary, the United States should stop wasting money on a “weapons system’’ that seems to be largely based on wishful thinking and the delusion that money can buy Afghan hearts and minds.

Andrew Wilder is a research director at the Feinstein International Center at Tufts University.