THIS STORY HAS BEEN FORMATTED FOR EASY PRINTING
Carol Rose

Racial profiling is alive and well 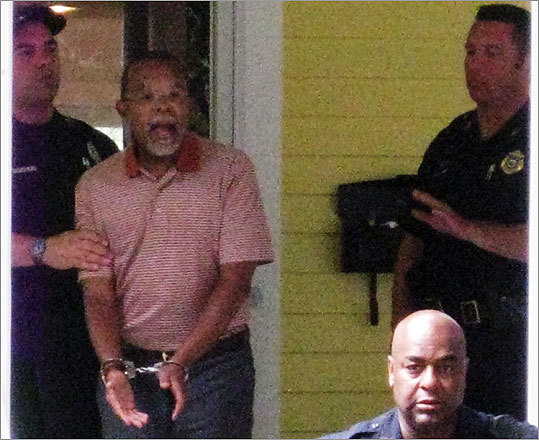 (AP Photo/Demotix Images, B. Carter) In this photo taken by a neighbor, Harvard professor Henry Louis Gates Jr. is arrested at his home in Cambridge.
By Carol Rose July 22, 2009

THE ARREST of Harvard scholar Henry Louis Gates Jr. after he was confronted by police while trying to open the front door to his home is the latest reminder that racism is alive and well even in the most wealthy and progressive enclaves of Massachusetts. Although the criminal charges against Gates were dropped yesterday, the incident is the latest clue - for those who need one - that we’re a long way from being a “post-racial’’ society in Massachusetts.

Gates was arrested on charges of disorderly conduct after a passerby called the Cambridge police to report a man “wedging his shoulder into the front door as to pry the door open,’’ according to a police report. A review of the police report suggests that the police officer arrested Gates not because he mistook Gates for a robber but because Gates condemned the behavior of the officer as racist. His offending remark reportedly was, “This is what happens to black men in America.’’

That’s not disorderly conduct; that’s speaking truth to power - which still isn’t a crime in America.

The incident also flies in the face of emerging views in the United States - and in Massachusetts - that we are living in a post-racial society, that race no longer matters, as evidenced by the fact that we have elected an African-American president and governor. But this and similar incidents that take place every day illustrate that we are far from being a post-racial society.

Targeting black men as “suspicious’’ has long been a problem in Massachusetts law enforcement.

Consider the 2003 case of King Downing, director of the National Campaign Against Racial Profiling for the ACLU, who was detained at Logan Airport when he refused to provide identification to a police officer. Downing sued, saying he was the victim of racial profiling, and a jury found that his Fourth Amendment rights had been violated. Apparently, the Cambridge police didn’t get the message that detaining people based on their color is unconstitutional in America.

Maybe the Cambridge police officer was instead following the example set in the case of Jason Vassell, a former student at the University of Massachusetts at Amherst with no previous criminal history. Vassell, an African-American, was recently charged with aggravated assault and battery in the stabbing of two men inside his dormitory. The incident started when the two men, both white, reportedly smashed Vassell’s window while hurling racial epithets at him, then entered the building and attacked Vassel. The two white attackers got off lightly, while Vassell is facing serious jail time.

Or perhaps the Cambridge police thought that they could just ignore the law. That’s what some 40 percent of 247 Massachusetts police departments have done in response to a state law that requires them to track the race and gender of people stopped by police for alleged traffic violations, according to the Executive Office of Public Safety.

Those departments were found to have apparent racial disparities in traffic citations after a year-long study of citation patterns throughout Massachusetts. Rather than comply with the requirement to track all stops, however, nearly half of Massachusetts law enforcement agencies have simply disregarded the law.

Massachusetts is long overdue to address charges of racism in law enforcement. A good starting point would be passage of a bill introduced by Representative Byron Rushing and Senator Sonia Chang-Diaz, both Democrats from Boston. This legislation, “An Act Providing for the Collection of Data Relative to Traffic Stops,’’ would build upon the existing law with requirements that include the collection of more detailed data and the creation of an advisory committee to monitor the efforts.

The Legislature should pass this law as a first step - not a final step - toward acknowledging the ongoing problem of racism in Massachusetts policing.

Carol Rose is executive director of the American Civil Liberties Union of Massachusetts.

(Audio edited for clarity and length)