THIS STORY HAS BEEN FORMATTED FOR EASY PRINTING
Madeleine Blais

The real Athens of America 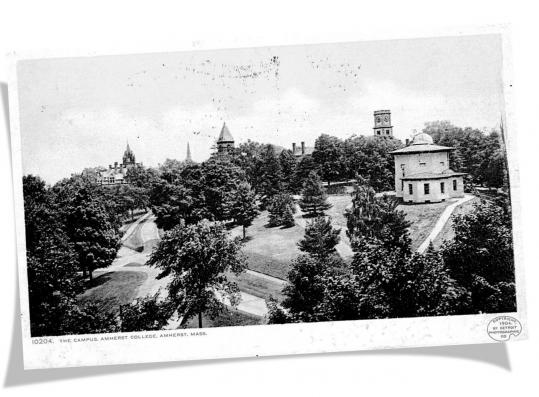 SORRY, BERKELEY, Montreal, Washington, D.C., and Boston: You just lost out, in that order, to Amherst as the top college town in North America, according to Katherine Cohen, founder and CEO of IvyWise and ApplyWise.com.

This is no big revelation to those of us who live here.

I grew up next door to Amherst, in a town called Granby, which reveled in the rhythms of its ordinariness. My friends had horses, we ate homemade rhubarb pie, and most of the town's elders practiced a certain kind of penny-pinching Republicanism.

We scoured spring pools for the first flowering growths after winter. We nailed pails to trees to catch the sap. We really did swing on birch trees. At times we jokingly dismissed Amherst as 32 square miles of wishful thinking surrounded by reality (I checked with the town manager to make sure my surface area was correct), but in truth we basked in its ambient glow. It made us feel part of a larger, more sophisticated world, the world where in the 1950s earnest globe-trotting professors brought back slides from distant places and dutiful faculty wives served punch out of real punch bowls.

We were invigorated by the presence of the students at Amherst College and UMass, the children and grandchildren of presidents and shahs, the children and grandchildren of sales clerks at Filene's and firefighters from Hingham, gathered in the same place, with a common purpose, to build a better future. We lived, happily, on borrowed pride. Emily Dickinson wrote her poetry in a stately house on Main Street a century before I was born, but, even as a child, I was spooked by her telepathy. "There's a formal feeling in the house the morning after death," she wrote. How did she know what it would be like at 5 Center Street in the next town over when my grandmother died so many years after the poet's own death?

As schoolchildren in 1963 when President Kennedy visited Amherst College to dedicate the Frost Library, we were expected to tune in. We were expected to listen when he said: "I look forward to an America which will reward achievement in the arts as we reward achievement in business or statecraft . . . And I look forward to a world which will be safe not only for democracy and diversity but also for personal distinction."

Personal distinction - Kennedy's expression - is one of the bulwarks of this town where, as the T-shirt makes clear, only the "h" is silent. Amherst is a strong taste where even the trash trucks have attitude. Emblazoned on the back of Amherst Trucking: "I recycle, therefore I am."

Amherst is dependably eccentric - where else does the police log report that three bicycles arranged precariously high up in a tree turn out to be an installation by art students, illustrating what principle of composition I am not certain.

In Amherst, the crosswalk signals in the center of town make chirping sounds instead of an ugly buzz. The pepper spray used by the police is alleged to be organic. Street vendors sell soy votives and a weekly farmer's market boasts up to 30 kinds of apples. The new movie theater used to feature vegetable-dyed M&M substitutes and to this day there is a handy dispenser filled with nutritional yeast to shake onto one's popcorn.

Above all, Amherst is a place bound by words and bound by nature.

The first is abstract, the other concrete, but both are willful, unsettling, and mysterious in their power.

"There's an atmosphere in Amherst of wanting to learn about things: not just books, but gardening, history, natural creatures, the landscape, the weather, the arts, politics, whatever keeps people curious and alive," says a friend, the poet Susan Snively. "In any case, I'm glad I don't live in Gravel Switch, Kentucky."

I lived away from the valley for many years, but when it came time to make one of the most profound decisions of my life, to pick a place in which to raise my family, I returned, convinced that this was at heart a peaceable kingdom which honored the land and the mind in equal measure and which valued seasons of all stripes, including the seasons in a person's life.

Madeleine Blais is a professor at UMass-Amherst and author of "Uphill Walkers," a family memoir.