THIS STORY HAS BEEN FORMATTED FOR EASY PRINTING
Lou Ureneck

A perfect storm for papers 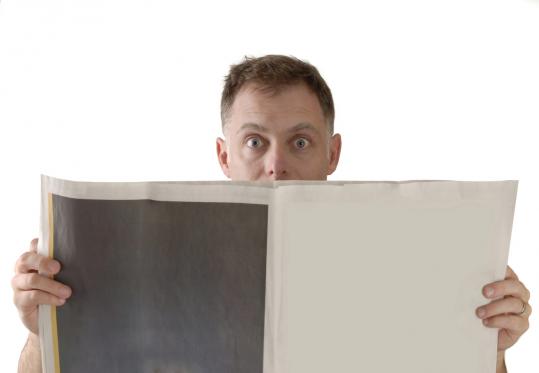 ATHENS
IN EUROPE, newspapers are getting the kind of help that Americans are providing to banks and car companies. The scale of the help is smaller for sure, but the intent is the same: to preserve companies that are considered essential to the national health.

The financial winds that are battering US news organizations are now blowing through Europe. Here, too, journalists are losing their jobs, and the depth and breadth of public-affairs reporting is declining.

The sources of the bad weather are the same: economic recession that is evaporating worldwide advertising budgets and the longer-term erosion of advertising revenue by the Internet. The recession is the more serious problem, and it may be the trigger to a global reordering of the business model that has underpinned journalism for more than a century. It is a problem for all big news organizations - print and television.

It has taken longer for the storm to reach Europe mostly because major European newspapers have relied less on advertising as a source of revenue than US newspapers. In America, ads have long paid the freight for all those stories from city hall, Washington, and the ballpark. In Europe, a larger proportion of the costs have been borne by readers. A newspaper costs more in Europe.

There is another difference on this side of the Atlantic: the acute awareness of the danger that diminished national news reports present to citizens in a democracy and ultimately the nation's quality of life.

In many European countries, the loss of news reporting associated with leading newspapers is viewed with alarm. There is the sense that part of the nation's infrastructure - the part that watches over government and other power centers, provides information on world affairs, and creates national cohesion by focusing the public's attention on important ideas and issues - is endangered.

The French and Dutch governments provide direct subsidies. The British government has been mobilized by the threat to newspapers, and there's activity in Spain and Greece to help the industry.

All this is anathema to Americans, of course, except that most Americans don't realize this historical fact: Early in our history, the founders saw the need for widespread national literacy that would develop from well-circulated publications. Their response: the US postal system - a direct and important aid to American newspapers.

"It's impossible to overstate the pressures the news media are under," Jim Roberts, editor of Digital News at The New York Times, said at the opening of a conference here in Athens on the news media and the Internet.

"All of us are talking and thinking about money," said Lydia Aguirre of El Pais, Spain's leading newspaper. "We have a responsibility to do this as journalists," she said, adding that newspapers are important to society.

Hopeful signs are emerging. Clearly, there is a public demand for journalism. Readership, if online readers are counted, is way up. Also, there is a new willingness among news organizations to shift the cost of gathering the news from advertisers to readers. The advertising model may have run its course, and we are moving toward a hybrid that mixes online subscriptions with ad revenues.

If the public's demand is real, the challenge is principally one of packaging and pricing news on the Internet.

The current stream of "free" news is not sustainable. News is expensive to gather and present, and without a willingness by readers to eventually pay for what they enjoy, the stream will go dry. Google and and others who build their websites around what others produce will find that the news has disappeared.

This storm is like any other. Eventually the sun comes out again - though often to a landscape that has been reshaped by the wind and rain.

We will probably see a new and vigorous journalism - online and in print - that holds to old virtues but embraces a combination of text, interactivity, networking, and the special strengths of multimedia storytelling. And it is likely to be embraced, even at a price, by the people who value it - its readers.

Lou Ureneck is chairman of the Journalism Department at Boston University's College of Communications.