THIS STORY HAS BEEN FORMATTED FOR EASY PRINTING
David Scharfenberg

A jobless man around the house 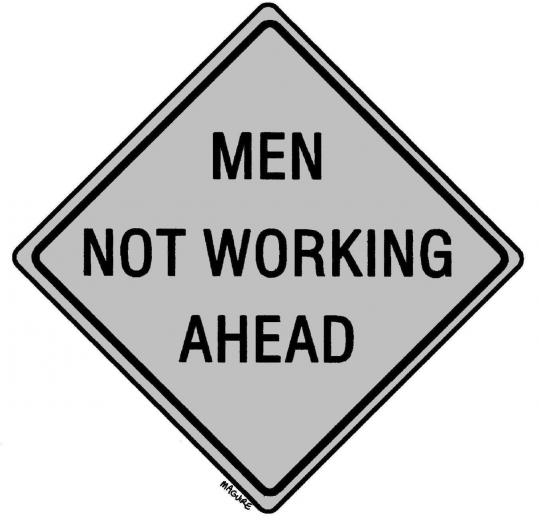 OUR MOTHERS built working lives. Our dads experimented with a new sort of fatherhood.

But our parents never quite developed the crisp, egalitarian model they might have imagined. Mom was ambivalent about leaving the kids at home. And dad was more caught up in work, more like his own father, than he allowed.

This was no great failing. Not at all. Our parents were trying something new, unmapped. And they made progress, however halting.

But their Gen X sons were left, inevitably, with an ambiguous conception of masculinity, with an uneasiness over how to balance work and family. For years, that ambiguity has been a powerful, but largely unexplored, background noise: We were, ironically, too busy working and coupling to explore the curious music that guided our professional and personal lives.

But now that we face our first major recession, that music is suddenly louder. Suddenly unavoidable. We are out of work or worried about losing our jobs. We are spending more time with our children. Our girlfriends and wives are the breadwinners, or soon to be. And we're not sure, exactly, what to make of it.

We are allowed the usual anxiety that comes with underemployment, of course, the concerns over finances and the future. But we're supposed to be more amenable to this sort of domestic interlude than our forebears. We're supposed to be OK with passing the mantle of provider, at least for a time, to our partners.

And we are, to a degree. But here an older and still potent conception of what it is to be a man - passed down by our grandfathers and handed off, a touch apprehensively, by our fathers - interferes.

We're having a harder time than we should. We are not as fully evolved as we're supposed to be.

This uneasy intersection of work and masculinity is not a new phenomenon, of course. The economy has been an emasculating force for decades, as the high-paying, blue-collar jobs that sustained generations of men - financially and psychologically - have disappeared. Between 1975 and 2005, typical wages for men ages 25 to 34 with a high school degree plummeted 29 percent, according to a recent study by Demos, a New York-based think tank. Wages for young men with some college education dropped 21 percent over the same stretch and remained flat for those with degrees.

But if work has been a troubling arena for decades, we have approached a crisis state of late: witness the near-collapse of the auto industry.

And it is clear, at this moment, that we have failed to adapt to the new reality. While young women have streamed onto college campuses in ever-increasing numbers, young men are less likely to earn a college degree today than they were three decades ago.

We have, at the same time, had trouble finding our place in a service economy increasingly built around traditionally female occupations like teaching and nursing. Indeed, with male-dominated industries like manufacturing and construction under particularly heavy assault these days, The New York Times recently reported, fully eight in 10 who have lost their jobs since the start of the recession are men.

But if older ideas about work and masculinity still attach, there are a few signs of a shift. The so-called Millennials, born after 1980, seem less hung up on gender than older Gen Xers. And young men's enthusiastic embrace of Barack Obama points not just to shifting attitudes on race, but to broad acceptance of a different sort of manhood.

Obama is an inveterate trash-talker on the basketball court. He is a guy. But the president is also a listener, a compromiser. He has outlined a collaborative and, essentially, feminine approach to governance. Of course, the president's style has not proven all that successful on Capitol Hill, as the recent debate over the economic stimulus package suggests. The new masculinity, it seems, is still a work in progress.

If it is to succeed, it will have to blend with the feminine more effectively, more imaginatively. Our fathers couldn't quite figure out the mix. And we're not doing so much better. Not yet, anyway.

David Scharfenberg, a guest columnist, is a Boston-based writer.