THIS STORY HAS BEEN FORMATTED FOR EASY PRINTING
David W. Blight

Lincoln and the former slave 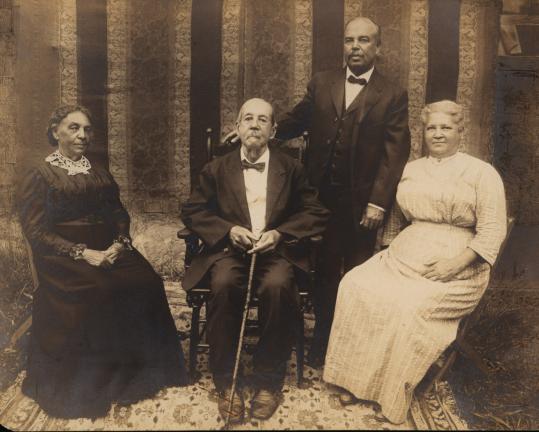 TODAY, on Lincoln's birthday, I will be in Cohasset - 98 percent white and mostly affluent - to honor the life of one of its own who was neither. John Washington was a former slave who settled in Cohasset long after the Civil War, and is buried in Woodside Cemetery. We might never have known who John Washington was were it not for the discovery of a narrative he wrote about his struggles to free himself from slavery, which came to light in 2003.

In this season of the Abraham Lincoln Bicentennial, we would do well to remember the ways African-American slaves felt their own connections to the author of the Emancipation Proclamation. Lincoln described that document as "the central act of my administration, and the greatest event of the 19th century." John Washington could not have agreed more, and he played his own small part in bringing it about.

On April 18, 1862, in Fredericksburg, Va., Washington, an urban, literate 24-year-old slave, escaped across the Rappannock River to the safety of Union lines. In a scene that suddenly threw the meaning of the Civil War into bold relief, an officer asked Washington about Confederate forces and conditions in strategic Fredericksburg. Washington had "stuffed his pockets with rebel newspapers" and distributed them to his interrogators. They were puzzled at Washington's intelligence and his fervor; one asked him if he wanted to be free. Washington answered loudly, "by all means!" In his narrative, the intrepid Washington remembered the moment: "Dumb with joy, I thanked God and laughed!"

After the Civil War ended, Washington became a refugee, among the first wave of freedmen (ultimately 40,000) who eventually formed the District of Columbia's modern black community. He first worked in contraband camps and hospitals. By 1864, he managed to get his wife, Annie, and their newborn son, as well as other family members to the District with him; they appear in a city directory living at 311 Eighteenth St., the site today of Constitution Hall, a mere two blocks southwest of the White House. Washington and President Lincoln had become neighbors.

So far as we know, the president and the former slave never met, although one can wonder how many times Washington may have seen the tall one in the stove pipe hat as he and his family walked to the Shiloh Baptist Church, located only four blocks north of the executive mansion, and of which Washington was a founder.

The president and the former slave had in common a love of books and language, a craving to be known through the power and music of words. Washington gained his literacy as a boy from the good luck of having a literate mother, as well as some tutoring from a white minister. He had no formal schooling (Lincoln had only a few months). Washington not only wrote his approximately 100-page narrative, but also numerous love letters to his sweetheart, and later wife, Annie Gordon. He also kept an extraordinary diary of their courtship. And he wrote a rare, unforgettable eulogy about the death of his infant son, "The Death of Our Little Johnnie," in spring 1865. He and Lincoln, knowingly or not, shared this timeless terror of the death of children.

Washington wrote with creative grammar and spelling. But when it came to remembering his night of freedom, he reached for an eloquence Lincoln would have admired: "A most memorable night that was for me the soldiers assured me that I was now a free man. . . Before morning I had begun to feel like I had truly escaped from the hand of the slaves master and with the help of God, I never would be a slave no more. . . I began to feel that life had a new joy awaiting me. . . This Was The First Night of my freedom. It was good Friday indeed the Best Friday I had ever seen."

We cannot know if Washington was in the audience on March 4, 1865, when the president, who would be killed on Good Friday, delivered his Second Inaugural Address, although the crowd was nearly half African-American. We can be sure, though, that the religious and biblically sophisticated former slave would have wept in agreement as he read the 14 uses of God and the four Biblical quotes among the 701 words.

Rapt by the transcendent language, he would have solemnly nodded as Lincoln hoped that the "mighty scourge of war may speedily pass away." And he may have gasped with anguished joy to hear that the war must continue "until all the wealth piled by two hundred and fifty years of unrequited toil shall be sunk, and until every drop of blood drawn with the lash shall be paid by another drawn with the sword . . ."

In unusual and hidden ways, John Washington and Abraham Lincoln, neighbors after all, taught one another, and us, the meaning of the Civil War.

David W. Blight teaches at Yale University, and is author of "A Slave No More: Two Men Who Escaped to Freedom, Including Their Narratives of Emancipation."