The other David Mamet 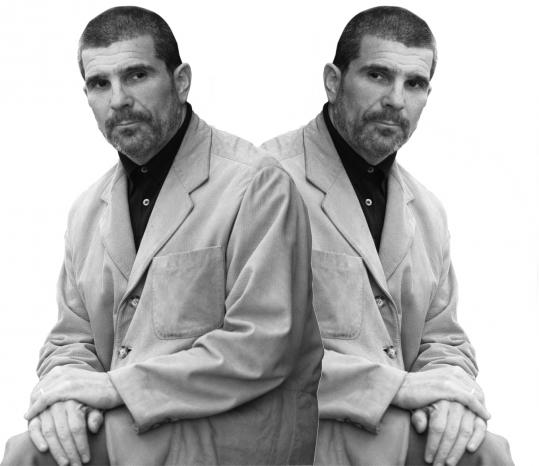 DAVID MAMET came out of the closet this month.

No, not that closet. In a piece for the March 11 Village Voice, the renowned playwright ("American Buffalo," "Glengarry Glen Ross," "Speed-the-Plow") admits to something far likelier to tarnish his reputation among arts-world elites than any mere revelation about sexual orientation.

He admits to waking up from liberalism.

Mamet's 2,500-word "election-season essay" opens with John Maynard Keynes's reply to a critic who accused him of inconsistency: "When the facts change, I change my opinion. What do you do, sir?" He goes on to describe his latest play, "November," an Oval Office comedy featuring a "self-interested, corrupt, suborned, and realistic" president and his "leftish, lesbian, utopian-socialist speechwriter."

Behind its hilarity, Mamet writes, "November" is a polemic between two views of human society: "the conservative (or tragic) view and the liberal (or perfectionist) view." Conservatives like the play's president assume that most people are "out to make a living, and the best way for government to facilitate that is to stay out of the way," since messes caused by state intervention are generally worse than those that ensue when free markets are left alone. In the liberal view, society is replete with ills that only government is equipped to heal.

"I took the liberal view for many decades," Mamet confesses, "but I believe I have changed my mind."

It wasn't exactly a Damascus Road conversion - more a gradual realization that conservative ideas were a better fit with real life than the liberal assumptions he used to take on faith. I remember attending the premiere of Mamet's electrifying "Oleanna" at the Hasty Pudding Theatre in Cambridge in 1992. The play revolves around an accusation of sexual harassment, and it was clear even then that Mamet was awake to the McCarthyist dangers of political correctness and leftist zealotry.

But the decision to write a play about politics and politicians led Mamet to delve more systematically into political thought. "I began reading not only the economics of Thomas Sowell (our greatest contemporary philosopher) but Milton Friedman, Paul Johnson, and Shelby Steele, and a host of conservative writers, and found that I agreed with them," he writes. As he read and reflected, he found himself shedding the liberal prejudices that had always been part of his intellectual furniture: Hostility to capitalism. Distrust of the military. Resentment over economic inequality. Above all, the "everything-is-always-wrong" gloominess of the leftist worldview.

Misery abounds in The World According To Liberals. It's a world in which climate change devastates the environment and families struggle to make ends meet, while hate crimes terrorize minorities and tobacco companies poison children. Everywhere the progressive looks, the news is bad: teachers are underpaid, innocent defendants go to prison, families lack health insurance, good jobs are outsourced, a glass ceiling keeps women down, tax cuts favor the rich, gays yearn for equality, and the Patriot Act shreds our civil liberties.

But in fact, Mamet noticed, the real world isn't so wretched. "People in general seem to get from day to day," he says, and "we in the United States get from day to day under rather wonderful and privileged circumstances." As for the beneficence of the state, does more government truly make things better? On the whole, Mamet decides, the answer is no, and his theatrical experience illustrates the point:

"Take away the director from the staged play and what do you get? Usually a diminution of strife, a shorter rehearsal period, and a better production.

"The director generally does not cause strife, but his or her presence impels the actors to direct (and manufacture) claims designed to appeal to Authority - that is, to . . . indulge in politics, the purpose of which may be to gain status and influence outside the ostensible goal of the endeavor." He could be talking about the congressional appropriations process.

Mamet is only the latest in a long line of notable leftists who moved rightward, among them Whittaker Chambers, Jeane Kirkpatrick, Norman Podhoretz, Michael Novak, David Horowitz - and Ronald Reagan. Like them, Mamet was mugged by reality. Like them he adjusted accordingly, and will doubtless pay a social price for his apostasy. Agree or disagree with the views he now holds, his intellectual integrity deserves a round of applause.