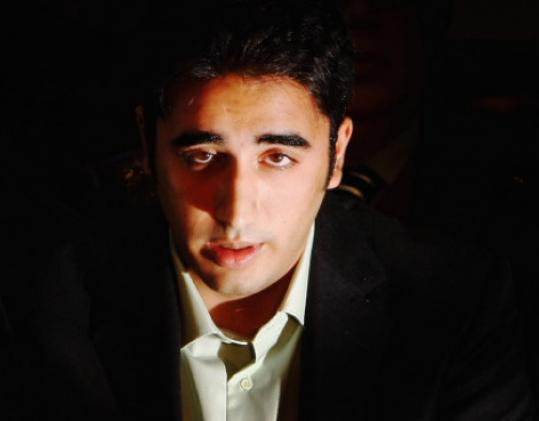 A 19-YEAR-OLD scholar at Oxford University could hold the key to Pakistan's future.

At a press conference in London Tuesday, Benazir Bhutto's son, Bilawal, called for a United Nations-sponsored investigation into his mother's assassination, citing lack of transparency in Pakistan's internal investigation. Although he did not assign blame for the killing, he warned that "dictatorship feeds extremism," and added that "once the United States stops supporting dictatorship we can successfully tackle extremism."

Declaring that his mother was Pakistan's best hope but not the only hope, Bilawal proclaimed his faith in the power of the people to negate the assassin's bullet: "How many Bhuttos can you kill? From every house a Bhutto will come."

Bilawal has been catapulted into the leadership of the Pakistan People's Party by the last testament and will of his martyred mother. Although his immediate priority is to return to Oxford to "finish his education and develop enough maturity," the young democrat could not hide his feudal stripes. He defended his selection as chairman on the grounds that the party felt it important to keep a link with his mother "through the bloodline." He claimed that his position was not only unanimously endorsed by the party's central committee but also by the precedent set after the execution of his grandfather, Zulfikar Ali Bhutto.

Yet, in passing the mantle of the party she led on to her son - as if it were a family heirloom for her to dispose of as she wishes - Bhutto acted in contradiction to the very principles of democracy she claimed to incarnate. Saluted in the West for her sparkling vitality and genuine courage, the decision to anoint her son as her successor tarnishes that memory. It hamstrings the forces still struggling to establish open, civilian rule in Pakistan, and provides arguments to those in the region who believe that the very word "democracy" is just a cynical charade.

The stakes for Bhutto's son, her party, and her nation could not be higher.

Bhutto's democratic bona fides were already placed in some doubt by her willingness to be hustled by the Bush administration into a marriage of convenience with Pakistani leader Pervez Musharraf.

Since his seizure of power in a 1999 coup, Musharraf has clung to absolute control of Pakistan by all means available. Many observers doubted Bhutto's ability to wrest any real power from him on behalf of the people, and saw her re-injection into Pakistani politics as an effort by Washington to provide its autocratic ally with just enough of a democratic facade to make ongoing support of him palatable.

Nevertheless, the Bhutto name had been equated with self-determination, or at least some possibility of a transition from military to civilian rule without a religious interregnum. Appointing her young son as the party's leader - subject to the heavy-handed regency of his discredited father, Asif Zardari - can have three consequences: at best, the postponement of democratic evolution in Pakistan pending Bilawal's graduation from Oxford in several years; the besmirching and corruption of the very idea of democracy by Zardari in the meantime; or conflict within the Pakistan People's Party over the legitimacy of Bhutto's will.

Bhutto took the fourth option - the exercise of democracy - off the table by short-circuiting the mechanism any normal political party would resort to in a similar situation: an internal election to designate a political successor.

The ongoing remarkable resistance movement against Musharraf's autocratic decisions by jurists and other members of Pakistan's vibrant, educated middle class has produced several possible candidates. But now that process is paralyzed, by the grief over Bhutto's assassination and its posthumous exploitation for the benefit of opportunists acting in the name of her son. Such a paralysis plays into the hands of the most dangerous forces in Pakistan: those powers, military and religious, that mean to rule through force, fear, and deception rather than the consent of the people.

But there is a way out of this trap.

Bilawal Bhutto Zardari can live up to his illustrious name by acting as a true statesman. He should demonstrate his confidence in his party and the people of Pakistan by declining to be coronated, and calling instead for a vote to determine the leadership of his party.

Democracy in Pakistan cannot operate at the national level unless it is practiced internally by the very party that claims to bear its standard. As a self-proclaimed democrat, Bilawal can do what his mother's assassins dare not do: he can return power illegitimately obtained back to the people and, if that is his destiny, derive legitimate power from them in turn. Dynastic succession has no place in a democracy.