THIS STORY HAS BEEN FORMATTED FOR EASY PRINTING
Jim Walsh

Why believe it this time? 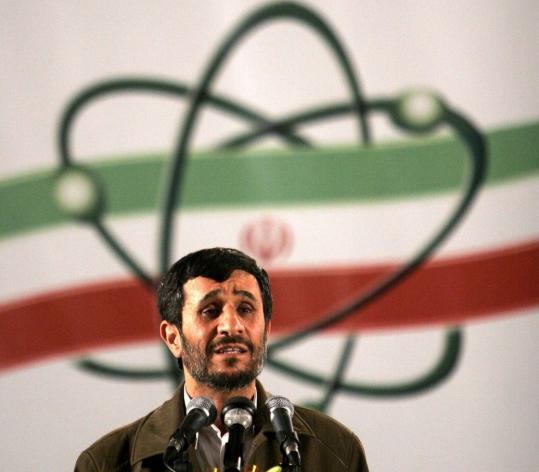 THIS WEEK'S release of the new National Intelligence Estimate on Iran has renewed debate about American policy toward the Islamic Republic, but it also raises important questions about the state of US intelligence. Having been so wrong about weapons of mass destruction in the past, is it credible now?

The good news is that it looks like the answer is "yes."

The intelligence community was widely faulted for its 2002 estimate on Iraq, a report that said that Saddam Hussein had weapons of mass destruction. As events in Iraq took a turn for the worse, the Bush administration pointed to "faulty intelligence."

Blaming the intelligence is an easy way for politicians to deflect responsibility for their own poor decisions. But intelligence agencies do not make policy; political leaders do. Intelligence agencies' main job is to provide information to decision makers. On WMD issues, this is a difficult task under the best of circumstances. All governments, including our own, work hard to conceal their nuclear activities. Not surprisingly, there will be times when the agencies simply miss something or get it wrong.

The real worry should be getting something wrong that could have reasonably been gotten right. Investigations by the Senate Select Committee on Intelligence and a presidential commission on WMD intelligence identified a number of problems in the run-up to the war, from a lack of quality analysts to the poor communication of findings that masked disagreements within the community. Particularly compelling was the critique that intelligence analysts were emphasizing technical factors (like how many reactors or scientists a country has) and ignoring political factors (like domestic politics or regional rivalries).

The intelligence community has clearly gotten the message. There are strong indications that this intelligence estimate is on target.

First, the idea that Iran suspended nuclear weapons activities in fall 2003 is consistent with how countries typically behave. Throughout the nuclear age, governments have been reluctant to carry on clandestine nuclear programs when inspectors are on the ground. Saddam Hussein, for example, shut down his WMD programs in the early 1990s, because he feared inspectors might uncover his efforts. In fall 2003, Iran was under intense scrutiny regarding its nuclear program. As a consequence, Tehran agreed to join an upgraded inspections regime called the Additional Protocol. From an Iranian perspective, it would have been foolhardy to invite inspectors in only to get caught with an active program.

Second, it is consistent with what we know about Iran. This new intelligence estimate reverses a 2005 conclusion that Tehran was determined to get the bomb no matter what. That earlier conclusion always seemed at odds with the history of Iran's nuclear efforts, which could be called inconsistent at best. Though Tehran showed an interest in nuclear technology under the shah and again beginning in the mid-1980s, the program was slow to make progress, even though it was receiving help from Pakistani scientist A.Q. Khan's secret nuclear network. For a country that was "determined" to become a nuclear weapons state, Iran was taking its time.

Third, the fact that this intelligence estimate contradicts a previous report is itself a healthy development. When graduate students at MIT present their research, I often ask if they were surprised by anything. I always worry about the ones who say they found exactly what they expected. A good intelligence process is one that is open to being wrong and not afraid to report it.

Finally, this intelligence estimate offers its new conclusions despite the political consequences. The vice president and those of like mind are probably pretty upset right now. And the president, who can still make a case against enrichment in Iran, nevertheless finds himself on the defensive about his past statements. As for policy, the intelligence estimate makes it less likely that the United States will use military force, which is good, but that it may also have the effect of taking the pressure off or even emboldening Iran, which is bad.

What is important, however, is that agencies "call them the way they see them," despite the political consequences for their elected bosses or the impact on current policy.

The question then becomes whether policy makers can revise their approach based on new information. Or will they insist on sticking to their ideological guns in the face of new facts?

Jim Walsh is a research associate at the MIT Security Studies Program.