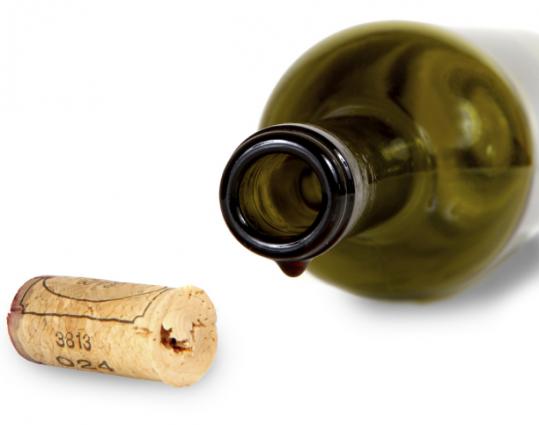 Mommy blogs and Twitter addresses with alcohol or wine in the names are endless; there’s even a Twitter group that meets for online wine “parties,’’ where moms sit at their respective computers and drink a glass of wine in solidarity as they tweet. But while frazzled moms’ craving for wine may be a great source of bonding on social media, it’s disturbing as a marketing strategy for companies peddling chardonnay.

Last week, two wine companies got in a legal spat over the word “mommy.’’ The California maker of MommyJuice asked a judge to declare that the name of its product doesn’t infringe on the trademark of Mommy’s Time Out, from Italy. Both also have almost identical phrasing on their web sites: the MommyJuice website coos “because you deserve it,’’ and Mommy’s Time Out says “you deserve a break.’’

Stay-at-home parents do deserve a break, and a glass of wine here and there isn’t the problem. But companies that sell alcoholic beverages should know better than to tout their products as a coping mechanism. One recent weekend in Florida, a mother was driving drunk when a crash killed her 14-year-old daughter. A California mother was arrested for DUI in January after a wreck that killed her 9-year-old daughter and left her 17-year-old son with a broken back. Then there are the stories that don’t make the news — the private accounts of poor health and depression befalling mothers who looked to alcohol when what they really needed was help.

So before the judge decides whether two wine-makers can make the same pitch, all those chat groups should agree: Parents need friends, not enablers.