Museums needn’t fear Google, a tool to spread the love of art 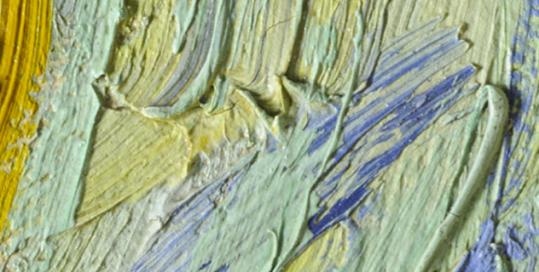 The Google Art Project allows viewers to get microscopically close to major works such as Van Gogh’s “Starry Night.”
February 26, 2011

DESPITE CONCERNS that it might cut into attendance at museums around the world, the Google Art Project is far more likely to whet Internet users’ appetite to see more art, boosting interest and attendance. It’s a good example of how the Internet can be a teaching tool, bringing distant masterpieces to life in homes around the world.

The initiative, unveiled earlier this month, lets users take virtual walking tours through parts of 17 top art museums and view ultra-high-resolution images of Botticelli’s “The Birth of Venus’’ and other beloved works. But the diversity of reaction so far suggests more trepidation than is strictly necessary. While some major institutions joined with Google enthusiastically, some opted not to participate, and others made only a small number of their rooms available. Critics have noted, meanwhile, that the initiative is light on non-Western art, that some weird camera angles lend a surrealistic edge to the virtual tours, and that clicking through even the best close-up views of an artwork is no substitute for seeing it in person.

All true enough. Yet even at this early stage, the Google Art Project also hints at how new improvements in technology can also stoke public enthusiasm for artworks that may be centuries old.

Up to now, it wasn’t easy for people who can’t visit, say, Florence or Berlin to see what’s on display in major museums there, and museums vary considerably in how much of their collection they put on display on their own websites. By creating a common standard on a single, highly conspicuous website, the Google initiative makes it easier for emerging art lovers to explore their interests — and decide which museums they might want to visit in person — and for amateur curators to develop virtual exhibits of their own on whichever themes they choose.

To suggest that Google Art Project might substitute for seeing artworks firsthand underestimates the power of seeing a great work in person. Effective ways of copying artwork have existed for centuries, yet each technology leap only deepens interest in the works themselves. Now, museums themselves are embracing technology as a complement that expands and deepens the learning experience; Boston’s Institute of Contemporary Art recognized as much by including a “mediatheque’’ in its much-lauded waterfront building.

Google, already a major presence among users of maps, video, and other forms of information, may raise suspicions with its effort to enmesh itself in yet another area of human endeavor. But as computing power multiplies and Internet entrepreneurs grow more adept at annotating and using Google Art Project, the benefits of this new tool will be more and more evident. And museums will view it as a friend.