To seed a fast-growing industry, state should offer video credits 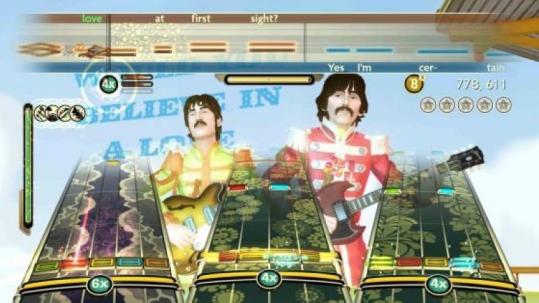 IT’S UNDERSTANDABLE, after watching the spectacle of Curt Schilling trying to pit Rhode Island against Massachusetts last year, to be skeptical of giving incentives to video-game companies. Schilling, after all, convinced the Ocean State to give $75 million in loan guarantees to his nascent video game company, 38 Studios LLC — despite the fact that it had not yet generated any revenue. He subsequently moved his studio from Maynard, taking jobs with it.

But one reason Schilling could pull off this stunt was that Massachusetts lacks any codified incentives for a fast-growing industry, one of the few that hasn’t been seriously harmed by the recession. Rather than simply compare the two states’ tax incentives, Schilling was able to deal with the states directly in an ad hoc way, which greatly increased his leverage.

A well crafted system of incentives for video game developers in Massachusetts would have a far more beneficial effect. The state, already the home of studios like Turbine, Harmonix, and Irrational Games, is a natural fit for the industry, and the Legislature is hammering out the details of a bill that could help make it a hub of video game development for years to come.

The obvious comparison here is to the much-debated film tax credit. But they are different animals: The film tax credit, while a success from the point of view of drawing producers here and promoting the state as a tourism and business destination, has mostly gone to relatively transient jobs.

Incentives for video game developers, on the other hand, could serve as an invaluable long-term incubator of talent, helping to further build up the local industry. While Greater Boston’s strengths — a wealth of top research institutions and a concentration of tech-savvy young people — are a good match for the industry’s needs, other jurisdictions are also making a strong bid to attract game developers.

Incentive legislation should therefore seek to increase the state’s competitive advantage over other areas seeking the same jobs, and it should encourage the industry to set up a permanent presence here.

To fulfill the first goal, a tax credit for Massachusetts video game companies could help offset the salaries and benefits of the wide variety of staffers required to create and publish a video game. The exact amount of this credit will likely be a source of debate; for comparison’s sake, the province of Quebec offers a 37.5 percent refundable tax credit for labor costs, while Georgia’s offer is a refundable credit worth 30 percent of total production costs. Since the credit would be paid out at the end of the fiscal year, it would only go to companies who actually manage to set up shop and begin production.

To promote a permanent presence, the state should also offer a workforce tax credit. Unlike the labor tax credit, which would go to any Massachusetts company working in the industry, the workforce credit would benefit companies able to stay and grow in Massachusetts. If it were calculated based on the growth of a company’s employment rolls over a several-year period and how much money it spent on development, this tax credit could provide incentive for companies to stay in Massachusetts for the long term.

All of this would make the state very competitive in attracting and retaining video game makers. And the next time a Schilling figure came along, the state could simply point at the law and say, credibly, “Here’s what we offer. It’s very generous. Take it or leave it.’’