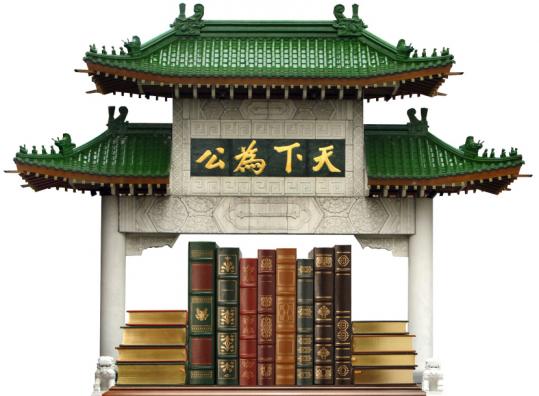 A residential development project on the edge of Chinatown could hold the key to a long-awaited public library in a neighborhood that has been without one since the mid-1950s. It’s hard to imagine a better public benefit to offset the construction of a pair of residential towers reaching as high as 290 feet at Washington and LaGrange streets.

Preservationists reacted angrily in 2005 when the Gaiety Theatre was demolished to make way for the proposed residential complex. But the developer — Kensington Investment Co. — won significant support, as well, with a public benefits package that includes $7.4 million to expand a nearby affordable housing complex, $400,000 for the renovation of Liberty Tree Park, $300,000 for the tree fund on Boston Common, and $100,000 in cultural funding.

Kensington’s plan calls for building 387 market-rate rental units in the spring. It will be good to see downtown construction after a long drought. But a developer’s benefits package that made sense six years ago is not necessarily best for today. A facelift for Liberty Tree Park wouldn’t significantly improve the quality of life for residents of Chinatown. As for the tree fund, the Friends of the Public Garden have more fundraising prowess than the mostly low-income residents of Chinatown.

The Boston Public Library system is looking to close libraries in areas with duplicative service. But Chinatown has gone decades without any consistent library service. And there is ample room in the city-owned China Trade Center on Boylston Street to accommodate such a branch.

The Kensington developers have altered their project since it was first approved in 2003. They should sit down with city officials and Chinatown residents to improve the community benefits package, as well.