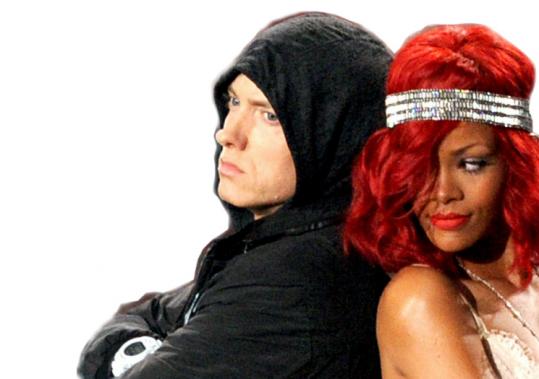 It’s no mystery why Eminem enlisted Rihanna to sing on his single “Love the Way You Lie.’’ Beyond her soulful voice, she also has a history as a victim of the sort of domestic violence Eminem raps about. But it’s also no mystery why women’s groups are disturbed by her participation — especially in a provocative music video that doesn’t quite glorify domestic violence, but doesn’t judge it, either.

Like much of Eminem’s work, “Love the Way You Lie’’ is part confessional: a look at his own long, violent relationship with his ex-wife, Kim. In the video, actors Megan Fox and Dominic Monaghan portray two people who alternate between tenderness and terrible abuse. Rihanna acts as witness, and sings from the perspective of a woman who can’t find her way out of a toxic situation, and may not want to, either.

It’s an honest sentiment, but it undercuts Rihanna’s ability to make good of her own sad story — to be a role model for women in violent relationships, an advocate for zero tolerance. When news broke that Rihanna’s boyfriend had beaten her, one of the most alarming aspects of the story was the fan reaction: In online forums, it was clear that many girls saw violence as an expression of passion. “Love the Way You Lie’’ makes that same link — and, in the end of the video, Fox’s character stays with her abuser.

It’s a vivid dramatic portrait, and Rihanna has quite rightly called it “powerful.’’ What would be even more powerful, though, is a less ambiguous statement about behavior that can never be condoned, especially not in the name of love.