Steinbrenner: The bottom line — he cared 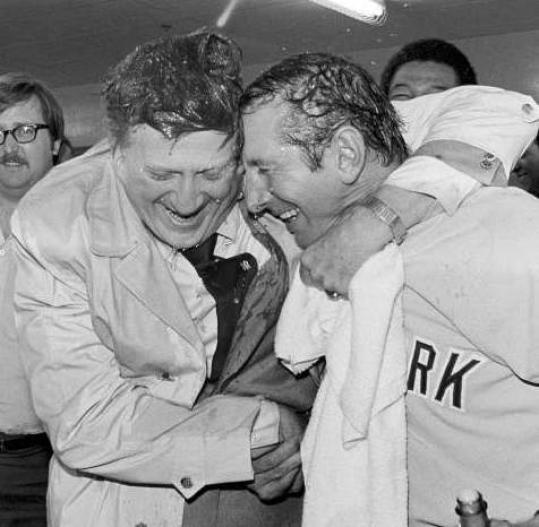 George Steinbrenner, the emperor of the Evil Empire, died yesterday, and even the fiercest patriots of Nation may now give a tip of the cap to the Yankees’ flamboyant boss. He was easy to mock, an impulsive blusterer who hired and fired Billy Martin five times as manager — and who once fired a secretary for bringing him the wrong sandwich. And yet, for all his petulant meddling, Steinbrenner embodied the pure adolescent will to win that every fan wants a team owner to possess.

In an age of anodyne press releases, Steinbrenner strutted across the Big Apple stage like a cartoon character impervious to embarrassment. Until his health faltered the last few years, he was a big part of the show at the ballyard in the Bronx. If he ranted and raved on the back page of the New York Post during a losing streak, so what? Yankee fans were never deprived of excitement. Either Steinbrenner’s mercenaries were winning on the diamond, or he was threatening to clear out the clubhouse.

Steinbrenner deserves credit for his seven championships. And his excesses enhanced the pleasure of the championships the Red Sox finally won in 2004 and 2007. He made beating the Yankees into a triumph of New England restraint over New York bravado.