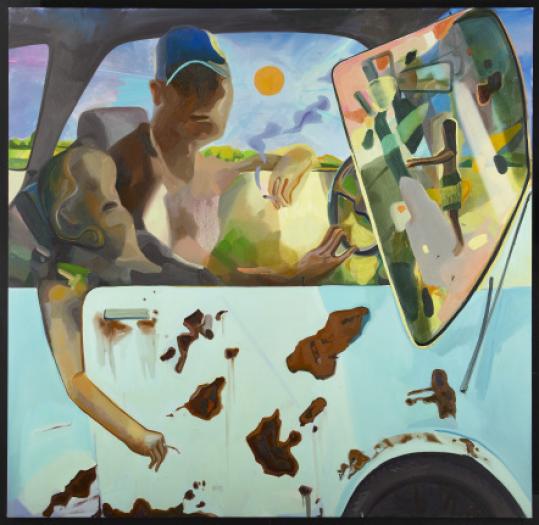 Dana Schutz’s “How We Would Drive’’ is one of the works in the Rose Art Museum’s collection.
June 6, 2010

Brandeis University is raising eyebrows in the museum world with its plans to lend out artworks for money, but exploring this option is a reasonable way to preserve the financially strapped school’s collection.

Last year, Brandeis considered closing the renowned Rose Art Museum and selling off some of its 7,500 objects. Had that happened, both the school and the region would have been worse off for it. Now, the Globe recently reported, the school is hiring auction house Sotheby’s as a lending broker. Collecting fees from institutions that might want to display some of the museum’s works could generate badly needed funding and might even increase awareness of the Rose as well.

The Rose, like many other museums, owns more works than it can display. In the past, museums lent artworks to one another and charged mainly for the costs of shipping and insurance. But tougher times justify a more entrepreneurial approach. In recent years, a major Atlanta museum paid $7 million to borrow works from the Louvre. One can, of course, take the profit mind-set to an extreme: The Museum of Fine Arts did just that in 2004, when it lent most of its Monets to a gallery in a Las Vegas casino for more than $1 million. More helpful to Brandeis, perhaps, would be a reliable stream of more modest fees.

Some caveats apply: Brandeis should only lend to institutions capable of caring for its artworks. And it should use any revenues to guarantee a future for the Rose. Because the economics of maintaining a museum can be forbidding, Brandeis deserves praise, not criticism, for trying to raise revenue through its collection.