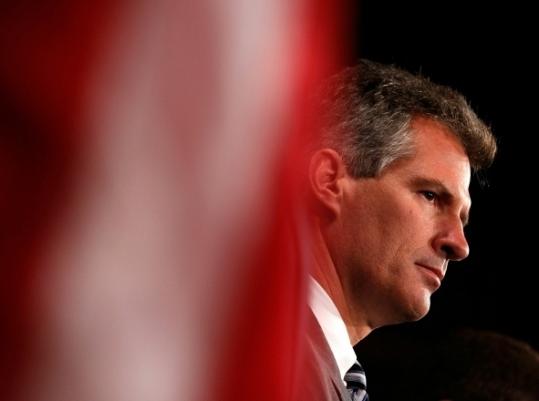 It’s not Scott Brown’s fault that the Tea Party movement’s antigovernment ideology conflicts with its antibailout rhetoric. When the Republican senator voted recently to let a financial regulation bill advance in the Senate, many Tea Party activists viewed him as a traitor. As one leader complained to the Globe, “His career as a senator of the people lasted slightly longer than the shelf life of milk.’’ In fact, Brown’s vote served the public interest. What’s surprising is that the Tea Party movement, whose emergence was fueled by outrage over the 2008 bailout, would end up on the same side as Wall Street.

The 2008 crisis plainly showed why big financial firms need more supervision. Left to their own devices, investment banks created complex derivatives that concealed risk and pumped vast sums of money into unsustainable mortgages. For that reason, the new bill would ramp up regulation of derivatives. But Tea Partiers and others galvanized by anger over the financial meltdown have somehow ended up embracing candidates who would give Wall Street license to wreak greater havoc. It’s an impressive con job: Candidates whose real agenda is a deregulated market are claiming the mantle of the antibailout movement.

If small-government ideology hadn’t gotten the better of the Tea Partiers, they could have helped persuade congressional Republicans to take a harder line on Wall Street, thereby preventing future bailouts. In any case, Tea Party activists shouldn’t be attacking Brown; they should be thanking him.