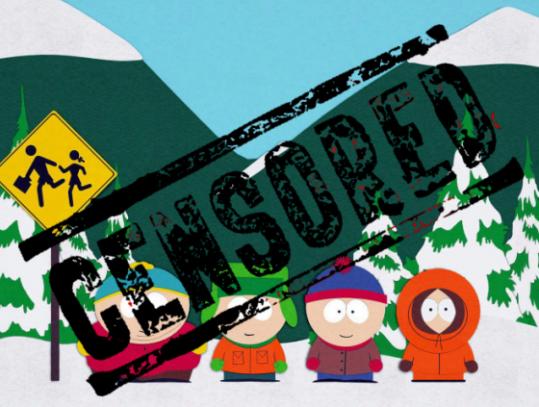 THE RAUNCHY cable comedy “South Park’’ recently featured the Prophet Mohammed — in a bear suit — in the first of a two-part episode. After a smattering of threats, Mohammed’s name and certain images were bleeped out of the follow-up episode, angering many fans and the show’s creators, Trey Parker and Matt Stone.

It’s understandable that the Comedy Central network would be skittish about putting its staff in harm’s way. But the network should realize that, in the long run, the best reaction to such threats isn’t to respond fearfully with censorship, but to allow the show to stick to its longstanding — if often irksome to many — ethos of equal-opportunity offensiveness.

Many groups have been offended by South Park’s inflammatory depictions of Jesus, Jews, Mormons, scientologists, and other groups and individuals; free-swinging political incorrectness is the show’s calling card. But while Comedy Central has given Parker and Stone mostly free rein, when it comes to Muslims the network has clamped down.

This response creates two sets of guidelines, one for Muslims and one for everyone else; it amplifies, rather than discourages, the idea that Islam is such a uniquely dangerous religion that ordinary concerns about free speech should be set aside for fear of threats.

Muslims have as much of a right to be offended by “South Park’’ as anyone else. They don’t have more of a right, though. That point, more than a misguided attempt to show extra sensitivity to one group, will help promote understanding among religions.