Harbor islands are jewels, but lack resources and accessibility 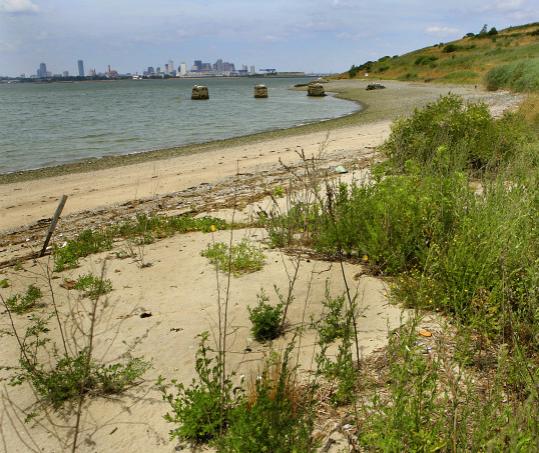 VISITORS WHO explore the walking trails of Spectacle Island or the Civil War-era fort at Georges Island this summer won’t be disappointed. Those fortunate enough to camp on Grape or Lovells island will be charmed. But the Boston Harbor Islands National Parks Area — 34 islands in all — could and should be so much more. Insufficient fundraising, lack of federal resources, slow planning, and problematic infrastructure all undermine what should be one of the region’s great resources.

The long-awaited visitors’ pavilion on the Greenway facing Long Wharf won’t be ready this summer. But ground will be broken in May for the $6 million federally-funded project, according to Tom Powers, president of the Boston Harbor Island Alliance. The nonprofit group designs programs for the islands in partnership with the National Park Service. Individual islands, however, are owned by the state and several coastal cities, making it difficult to provide consistent management.

Georges Island is the hub of the national park, featuring water shuttles to other islands. It should see a new visitors’ center in June. But docking at the island is often too much of an adventure for both the 200-person passenger ferries and smaller personal craft. Tom Cox, who operates the Spectacle Island marina, recently fired off a letter to the National Park Service charging that pier improvement projects planned for Georges Island are “fundamentally flawed’’ and lack adequate wind, wave, and wake studies.

There was hope that a new gateway to the Harbor Islands would rise this summer at Squantum Point in Quincy, with cheaper fares into the park. It’s still in the study stage — the remote study stage. Meanwhile, day trippers can look forward to $14 round trip fares ($8 for children) to Georges and Spectacle Island. The service needs to be less expensive to accommodate large families on the relatively short routes. But the Island Alliance lost a lot of clout by dishing out a 10-year contract to a private ferry operator.

There were big hopes, as well, for more ferries to address peak use on summer weekends, when there is an afternoon crush to return to Long Wharf. It didn’t happen. Gallops Island remains inaccessible to the public due to asbestos debris, and efforts to build an eco-camp on Peddocks Island, while still hopeful, could meet stiff resistance from historical commissions that oppose demolition of old buildings on the site.

The Harbor Islands lack the cachet and federal funding of land-based national parks, and the nonprofit alliance that runs the show manages to raise only about $500,000 annually from private sources. A panoply of islands with such beauty and rich history deserves stronger support and stewardship.