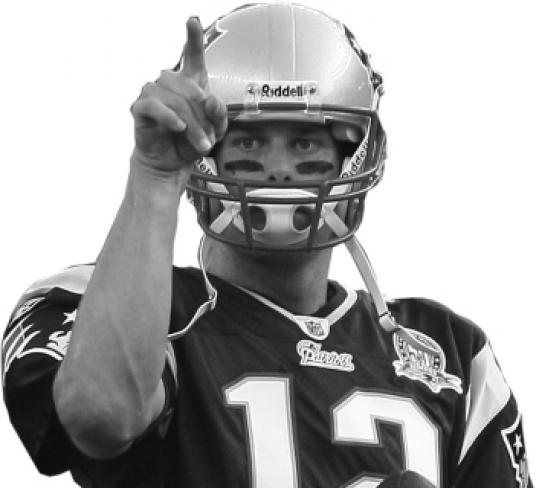 BASEBALL APPEALS to patient souls who are inclined toward contemplation. They appreciate the way a pennant race can meander languorously through varied phases from April to November. They don’t mind when the pitcher takes time to wipe his brow, scuff the mound, shake off a sign, and call for a conference with the catcher. Football fans have, well, a different mentality. They savor sudden spasms of combat. They like the compressed drama of a 16-game season, knowing a team’s fate can be decided in one game or on a single play, as traumatized Patriots fans realized the moment Tom Brady went down with a knee injury and was lost for the season in the first game of last year.

So those fans will be wrought to the highest pitch of anticipation when the Pats take the field in Foxborough tomorrow night for their opening game against Buffalo. Old favorites Tedy Bruschi, Rodney Harrison, Mike Vrabel, and Richard Seymour are gone. Much as these departures may be tinged with sadness, ephemerality is the essence of the National Football League. It’s all about now.

And with Brady back, pigskin prophets around the country are touting this edition of Coach Bill Belichick’s Patriots as the now team of 2009, favorites to win the next Super Bowl despite a hefty turnover in assistant coaches as well as players. There is no way of knowing what fate has in store for this edition of the Pats or their fans. But as those philosophers over at Fenway Park could tell us, there is little doubt this is a golden age for New England sports.