Thousands of people today started to evacuate the area near the Mayon Volcano in the Philippines after scientists warned of an imminent eruption. Compiled here are images from volcanic activity around the globe in the last couple of months. --Lloyd Young (18 photos total) 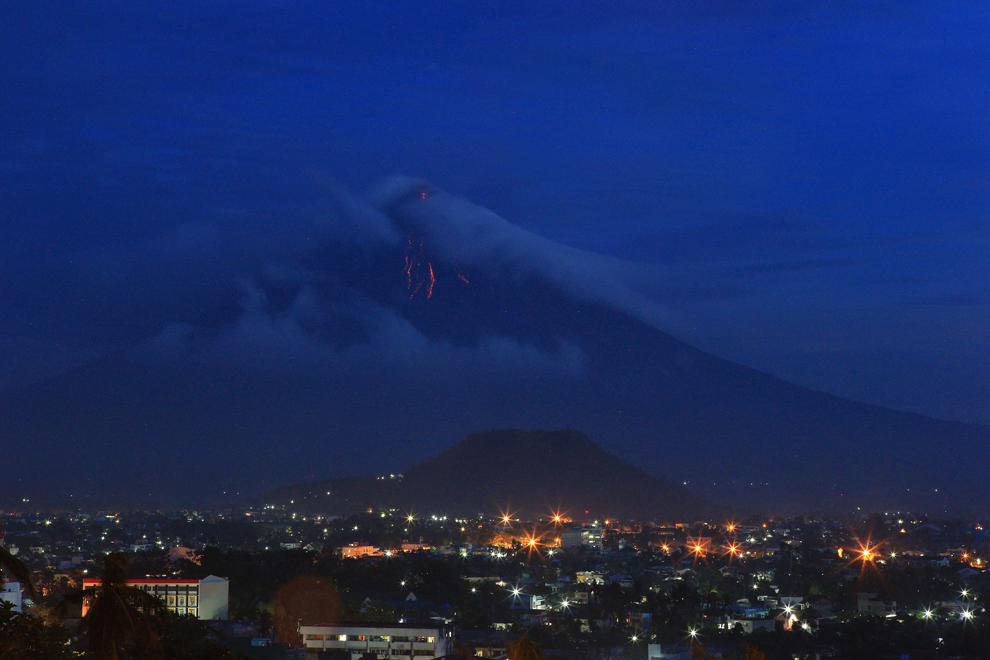 Lava cascades flow down the slope of restive Mayon Volcano as seen from Legazpi City, Albay province, Philippines, on Sept. 17. Tens of thousands of people living near the Philippines' most active volcano began to evacuate after increased activity prompted government scientists to warn of an imminent eruption. Dozens of military trucks were dispatched to pick up the residents in the danger zones around Mayon Volcano in Albay province. An estimated 12,000 families or nearly 60,000 residents are in the danger zones that affect three cities and five towns in Albay province. (Zalrian Z. Sayat/EPA)