Rammasun hit China late last week with winds up to 130 miles per hour -- the strongest typhoon to hit the country in four decades. The storm was blamed for killing more than 150 people as it did major damage to the Philippines and Vietnam. Another storm named Matmo came ashore in southeastern China today after passing across Taiwan overnight. --Lloyd Young (33 photos total) 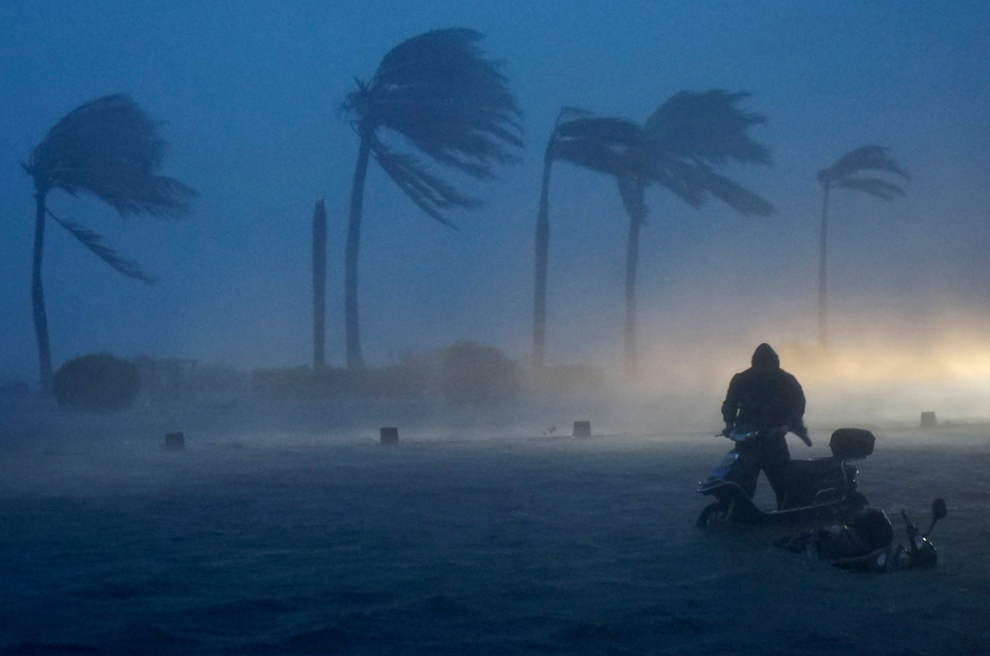 A man pushes his electric bicycle against strong wind and heavy rainfalls along a flooded seaside street as Typhoon Rammasun hits Haikou, Hainan province on July 18. A super typhoon slammed into China on Friday as the government ordered an all-out effort to prevent loss of life from a storm that has already killed at least 64 people in the Philippines. Rammasun made landfall at Wenchang city on south China's island province of Hainan on Friday afternoon. (Reuters)