Today was the final day of voting in Indias national elections. With 814 million eligible voters, India has been voting in phases over six weeks. The Hindu nationalist opposition candidate Narendra Modi is seen as the front-runner for prime minister. Opinion polls almost unanimously predict Modi's BJP will emerge as the largest party when votes are tallied on Friday to fill 543 seats in the Lok Sabha, or House of the People. India's rupee and stocks surged as investors bet Modi will usher in a stable government focused on reviving Asia's third-largest economy. Results are expected on Friday. --Thea Breite (16 photos total) 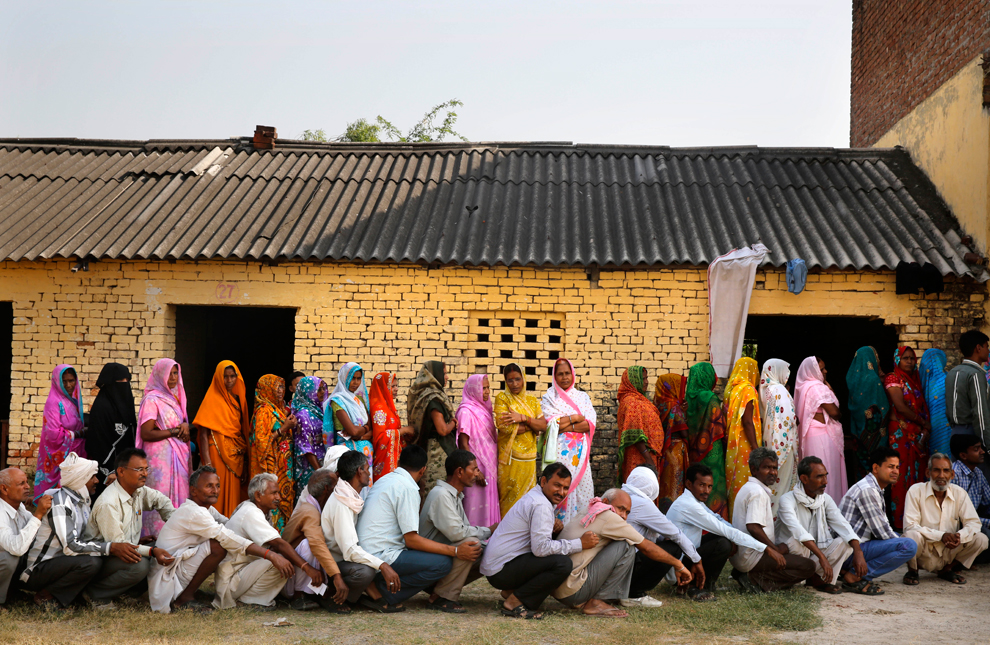 People wait in a queue to cast their votes at a polling station in Jaunpur, in the northern Indian state of Uttar Pradesh, India, Monday, May 12, 2014. (Rajesh Kumar Singh/AP)