The General Yermolov Cadet School in the southern Russian city of Stavropol is a state-run institution that teaches military and patriotic classes in addition to a normal syllabus. The school allows its pupils to take part in field-training trips, during which they spend a night in a base and undergo physical drills and weapons training. The outings are seen as a treat for students, and those with bad grades are not allowed to go. The school is named after the Russian imperial general Alexei Yermolov and many of its students are from military backgrounds. Photographs by Eduard Korniyenko. --Reuters (17 photos total) 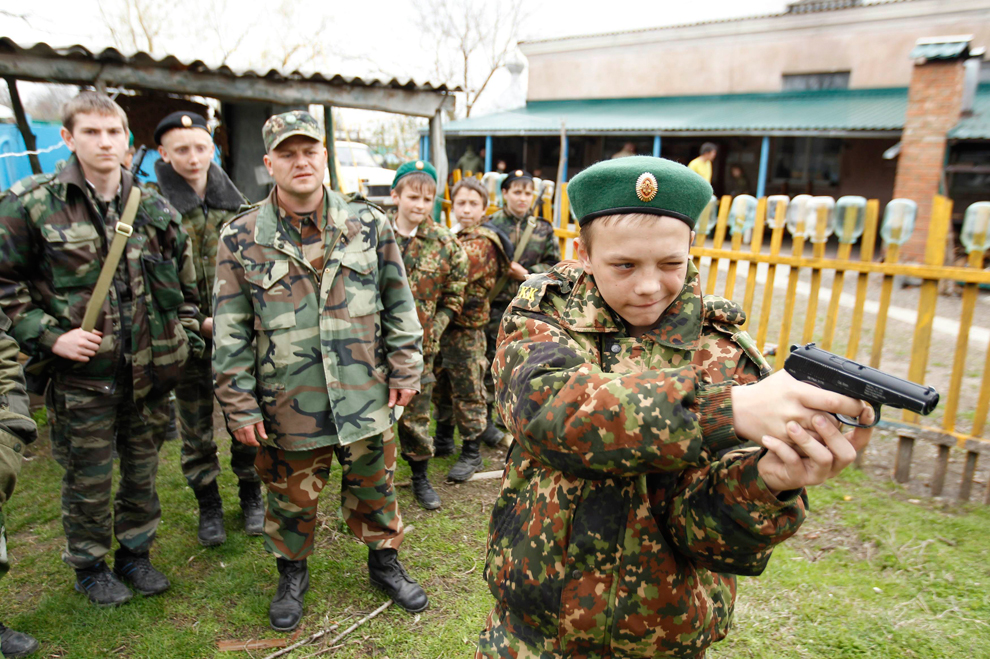 A student from the General Yermolov Cadet School takes part in weapons training during a two-day field exercise near the village of Sengileyevskoye, just outside the south Russian city of Stavropol on April 13.