While negotiators from all sides hold difficult talks in Geneva, the violence continues for the Syrian people The Syrian government said women and children could leave the besieged city and that rebels should hand over the names of the men who would remain. A U.S. State Department spokesman said an evacuation was not an alternative to immediate aid." --Thea Breite (16 photos total) 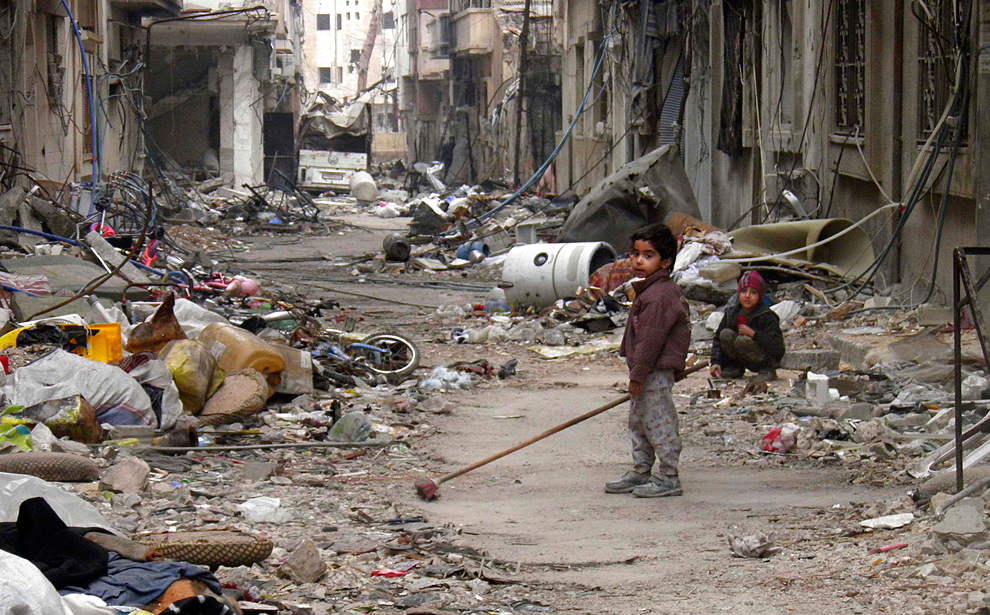 A child clears damage and debris in the besieged area of Homs January 26, 2014. (Thaer Al Khalidiya/Reuters) 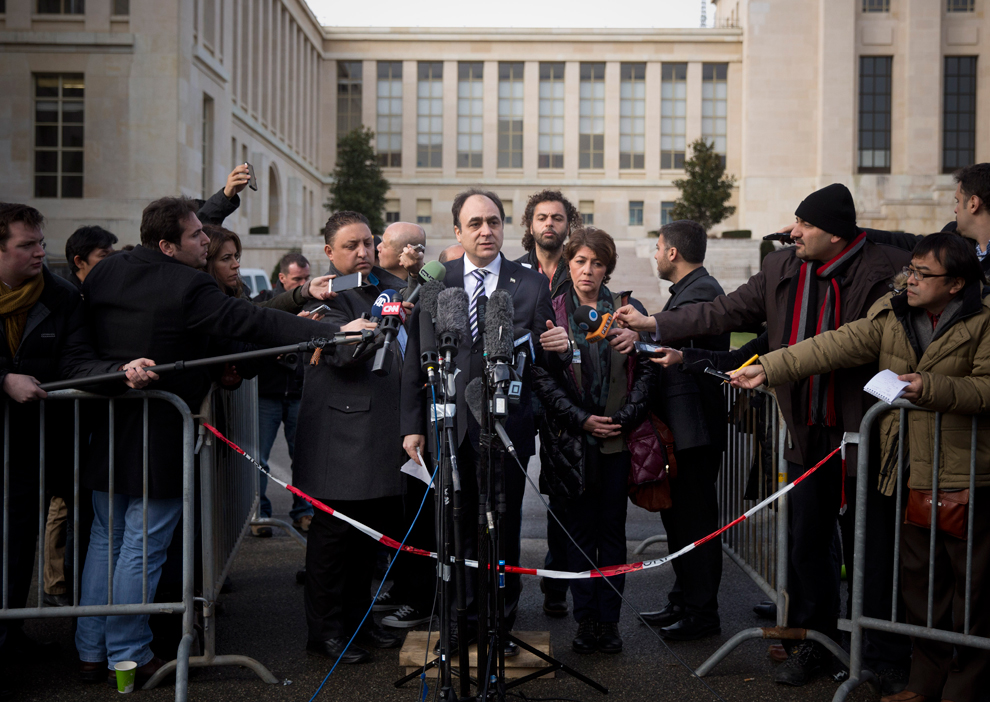 2
Monzer Akbik, center, a spokesman of the Syrian National Coalition, Syria's main political opposition group, is surrounded by journalists after a meeting with the Syrian government at the United Nations headquarters in Geneva, Switzerland, Sunday, Jan. 26, 2014. Syrians on opposite sides of their countrys civil war tried again Sunday to find common ground, with peace talks focusing on an aid convoy to a besieged city that once more came under mortar attack from the government. (Anja Niedringhaus/AP) # 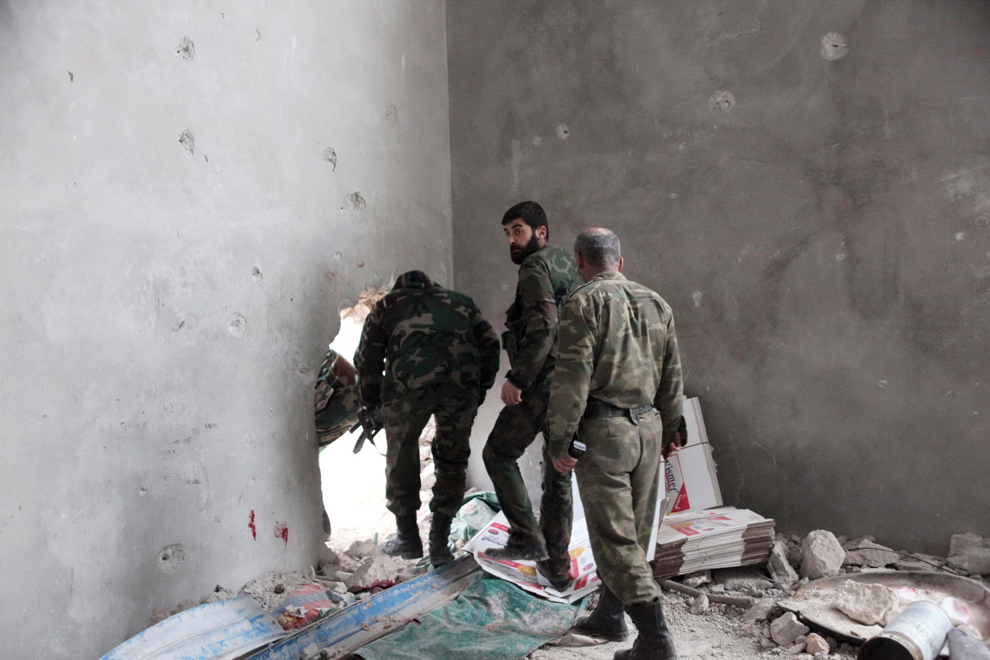 3
Syrian army soldiers loyal to Syria's President Bashar al-Assad walk through a hole in the wall in Al-Mirnda building, after claiming to have regained control of the area, in Aleppo January 26, 2014. Al-Mirnda building, and Karm Qasr neighbourhood that surrounds it, are now in the control of the Syrian Regime after more than a year and a half of being controlled by Free Syrian Army fighters. Both places are strategic, for they overlook Nairab military airport, activists said. (George Ourfalian/Reuters) # 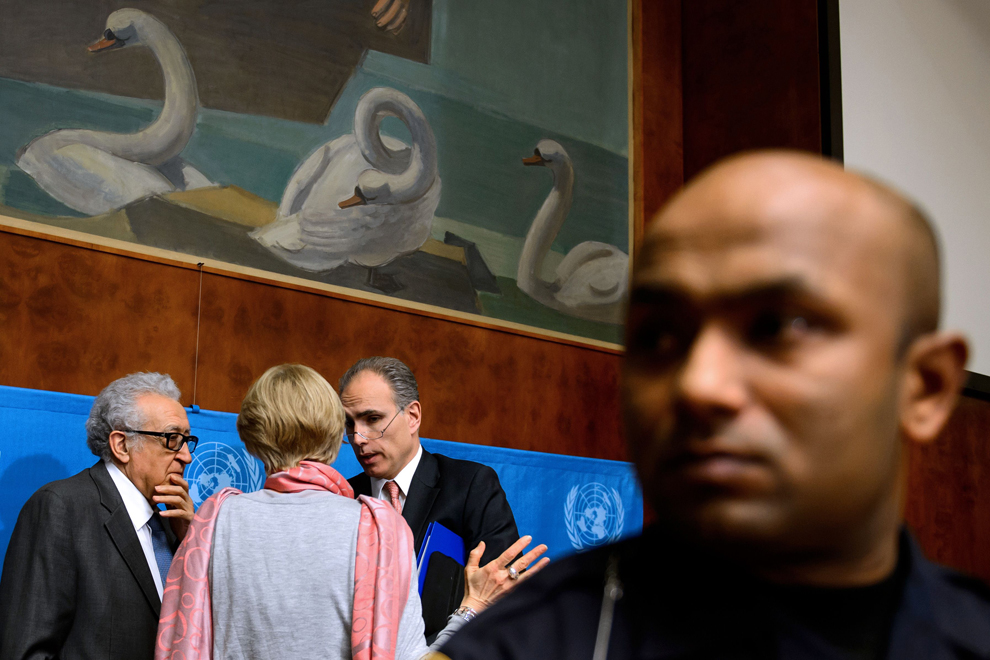 4
A security officer stands guard as UN-Arab League envoy for Syria Lakhdar Brahimi (L) speaks with UN staff after a press conference at the United Nations Offices in Geneva on January 26, 2014. Syria's regime and opposition discussed prisoner releases on the second day of face-to-face peace talks in Geneva. With no one appearing ready for serious concessions, mediators are focusing on short-term deals to keep the process moving forward, including localized ceasefires, more humanitarian access and prisoner exchanges. (Fabrice Coffrini/AFP/Getty Images) # 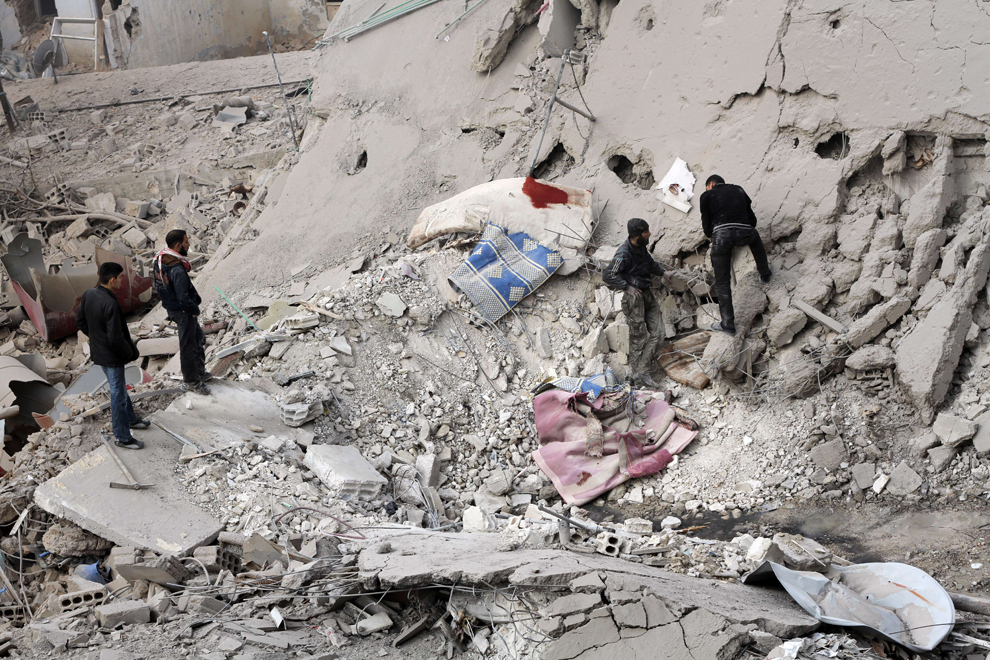 5
Syrians look through rubble following a reported airstrike attack by government forces on Daraya, southwest of the capital Damascus, on January 25, 2014. Helicopters struck Daraya, using TNT-laden barrels, reported the Syrian Observatory for Human Rights, a Britain-based group with a network of sources inside the war-torn country. (Fadi Dirani /AFP/Getty Images) # 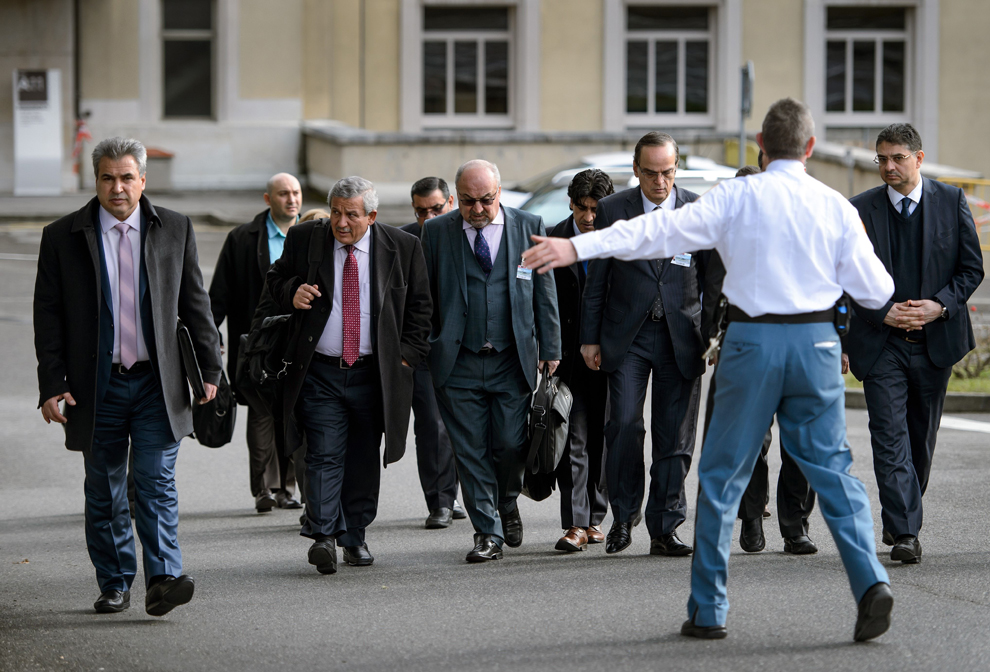 6
A delegation of the Syrian opposition walks outside of the United Nation Offices in Geneva on January 26, 2014. . (Fabrice Coffrini/AFP/Getty Images) # 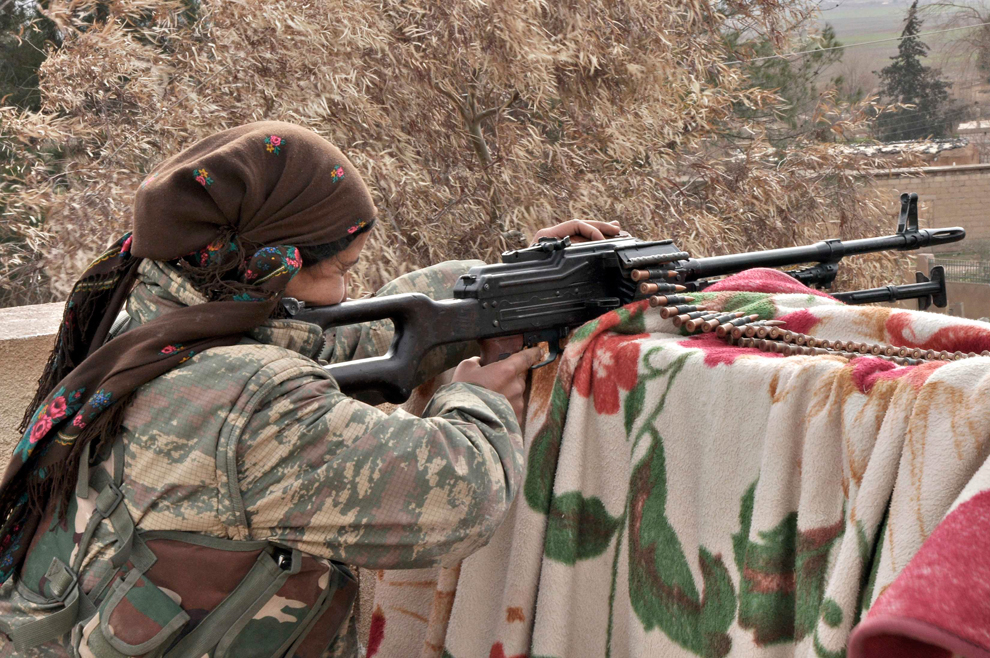 7
A female member of the Kurdish People's Protection Units (YPG) takes up position at Al-Menajir village, Ras Al-Ain in the countryside near Hasaka, January 26, 2014. Violent clashes between members of the YPG and the al Qaeda-linked Islamic State in Iraq and the Levant (ISIL), and other Syrian Islamic rebel groups, took place in Al-Menajir village, activists said. (Rodi Said/Reuters) # 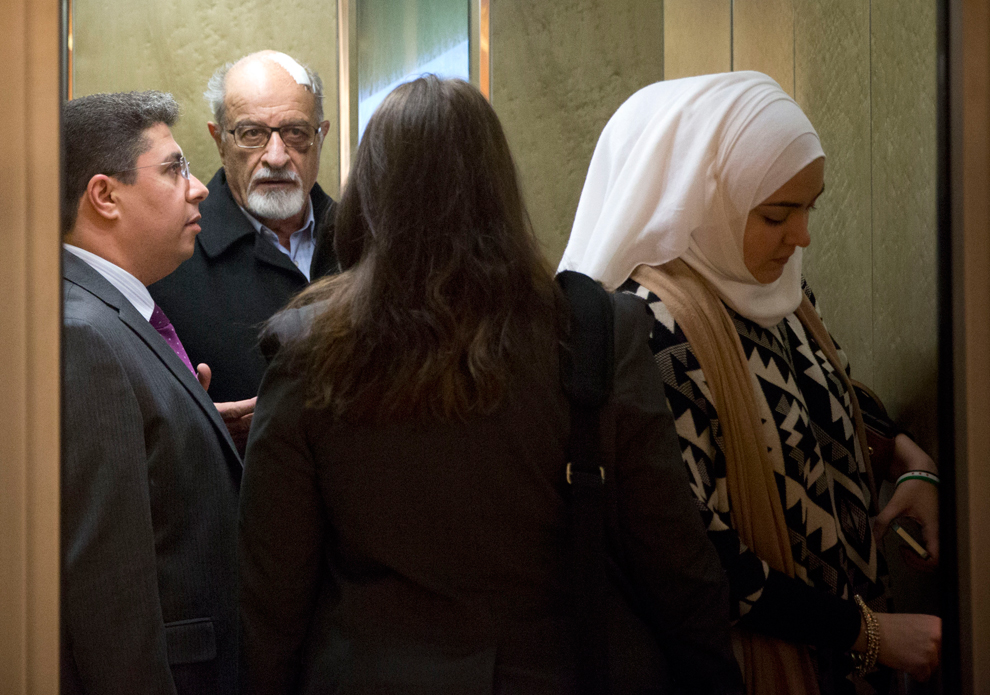 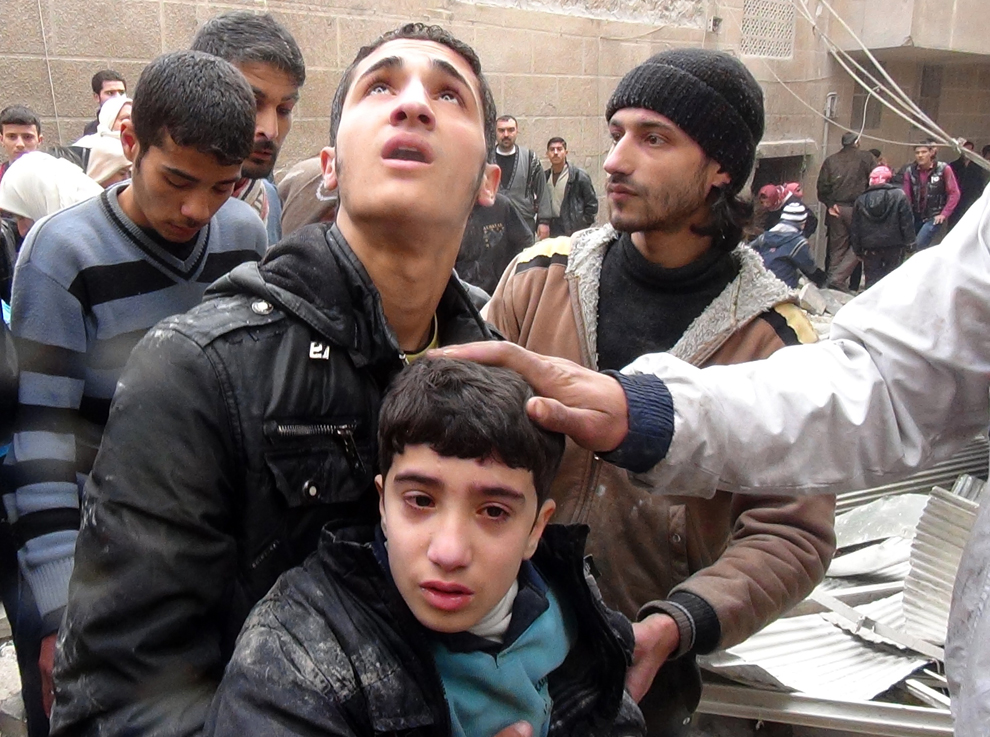 9
A young Syrian boy in shock is comforted after surviving a reported government airstrike on the northern Syrian city of Aleppo on January 23, 2014. Regime air raids on Aleppo left another 16 people dead, including three women and eight children, after warplanes hit several rebel-held areas in the south of the city. (Mahmud Al-Halabi /AFP/Getty Images) # 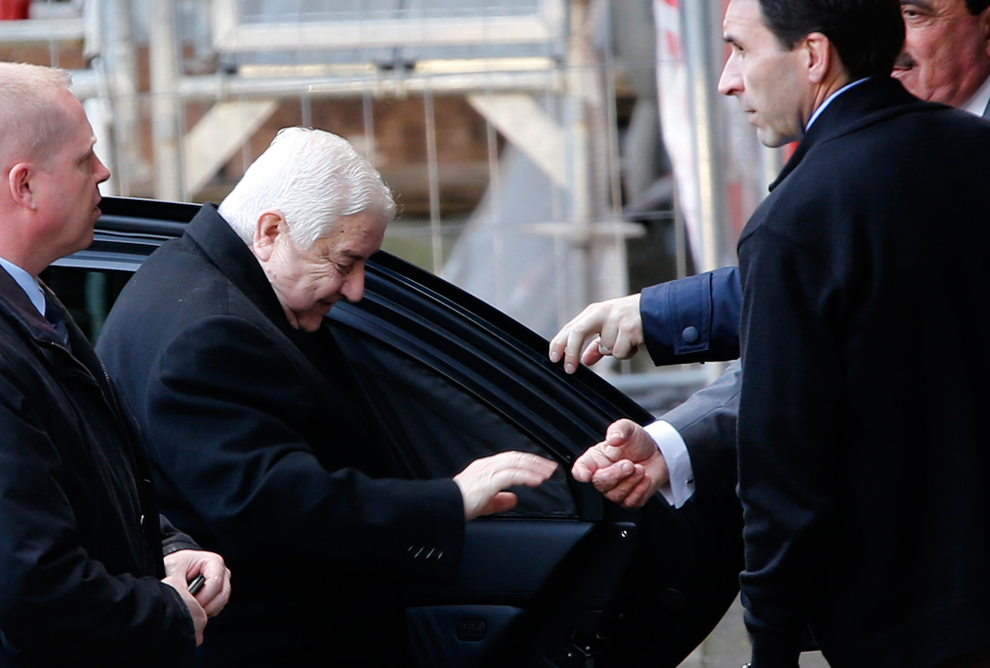 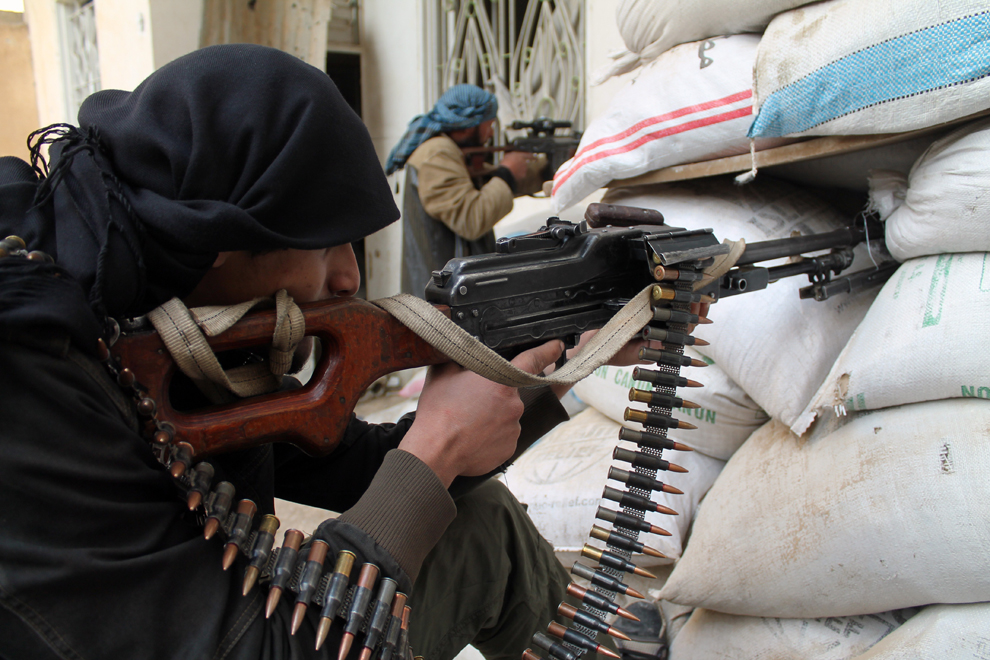 11
Rebel fighters on a street in the northeastern city of Deir Ezzor on January 25, 2014. More than 130,000 people have been killed in Syria in nearly three years, and millions more forced to flee their homes. (Ahmad Aboud/AFP/Getty Images) # 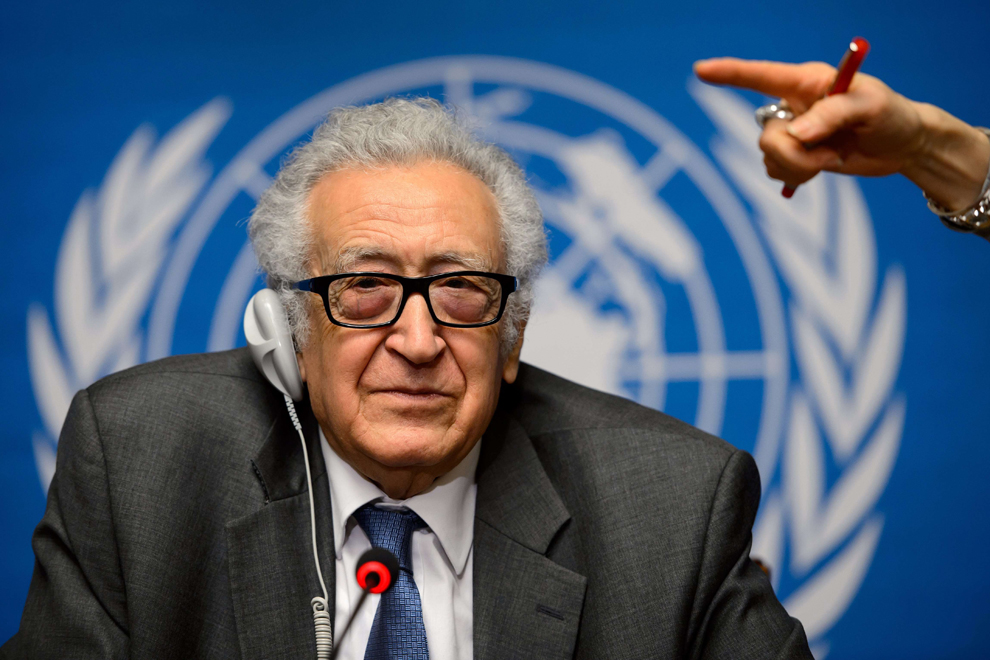 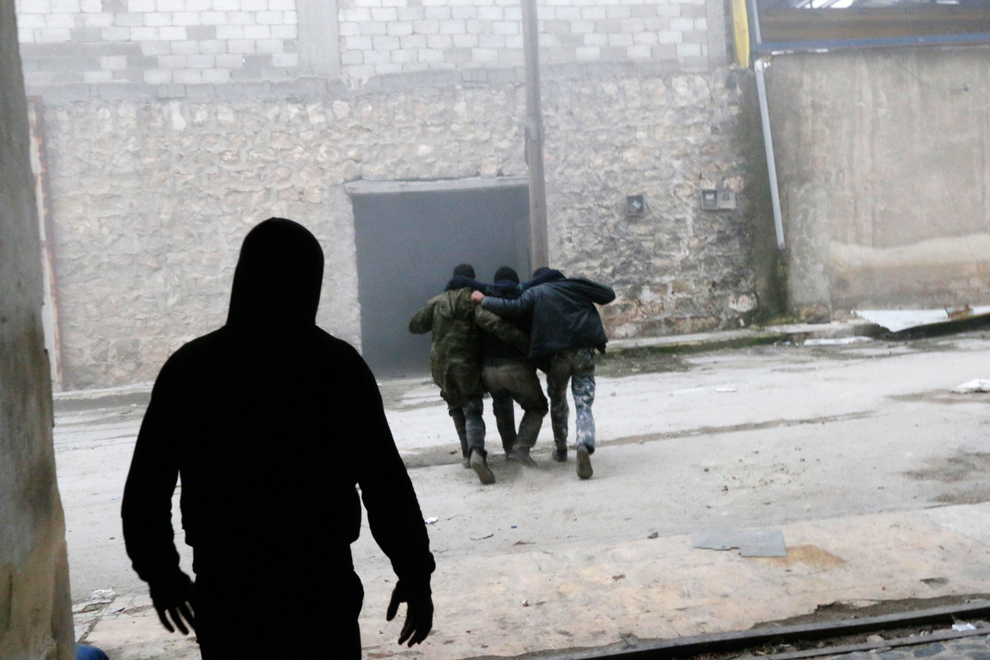 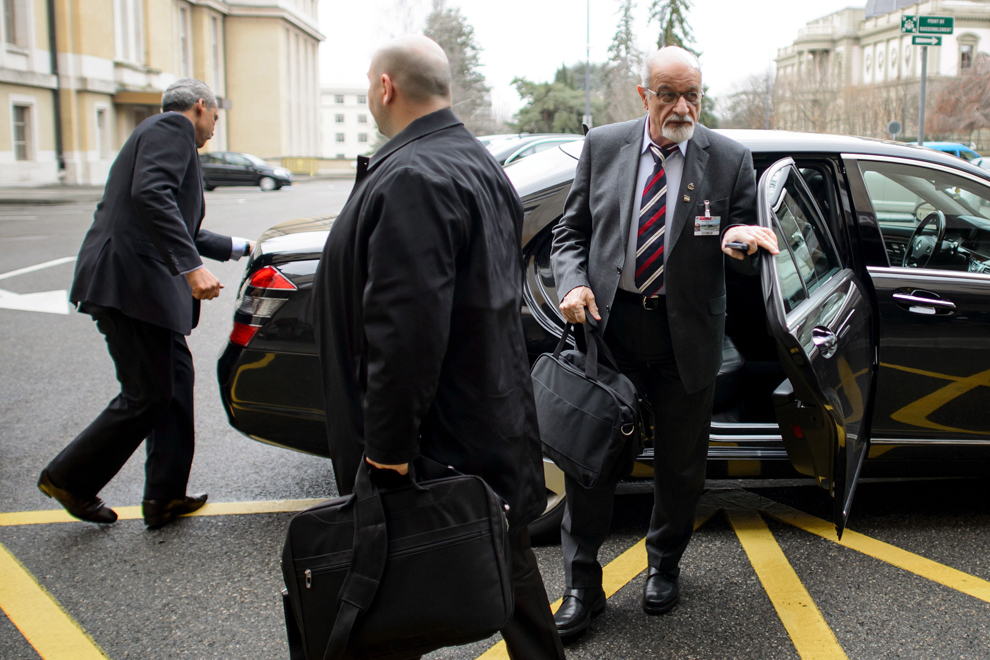 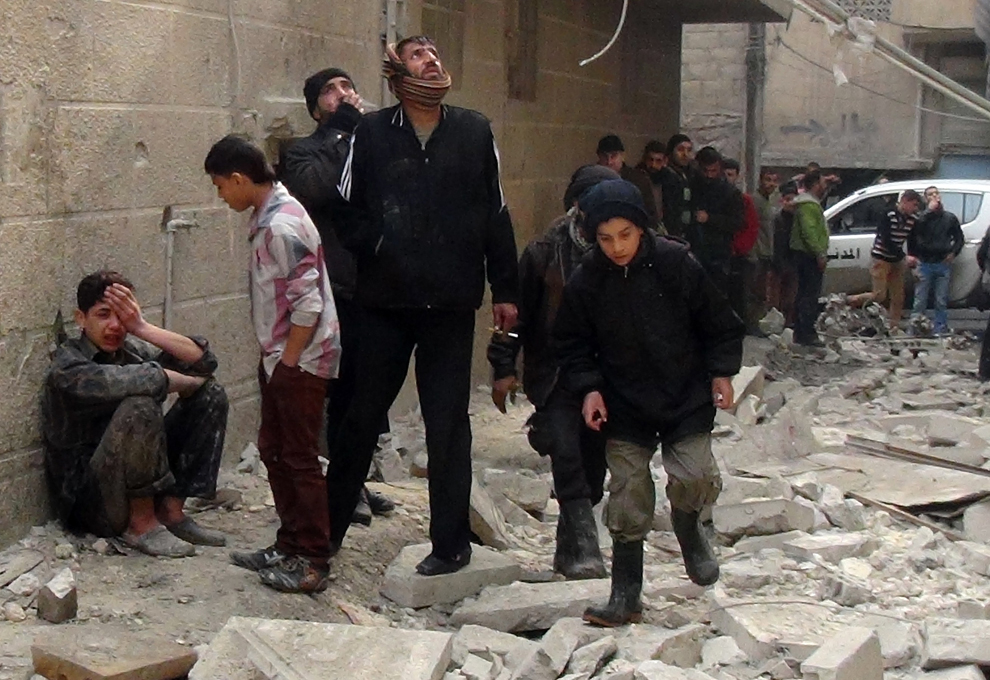 15
A young Syrian boy cries as others inspect the damage following a reported government airstrike on the northern Syrian city of Aleppo on January 23, 2014. (Mahmud Al-Halabi/AFP/Getty Images) # 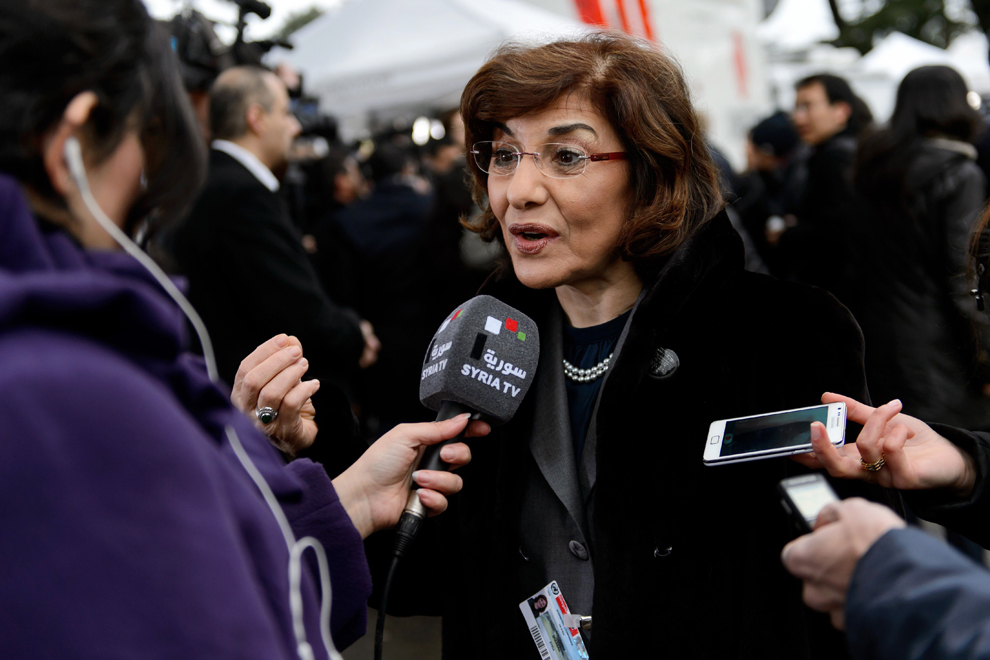