The beer halls are empty and steins put away from the 180th Oktoberfest in Munich. The world's largest traditional Bavarian beer festival, celebrated by an estimated 6 million visitors, wrapped up last Sunday. Only beer brewed within city limits by six makers was allowed to be served up. The event dates to 1810 when Crown Prince Ludwig was married to Princess Therese and the people were invited to attend the festivities. -- Lloyd Young( 32 photos ) 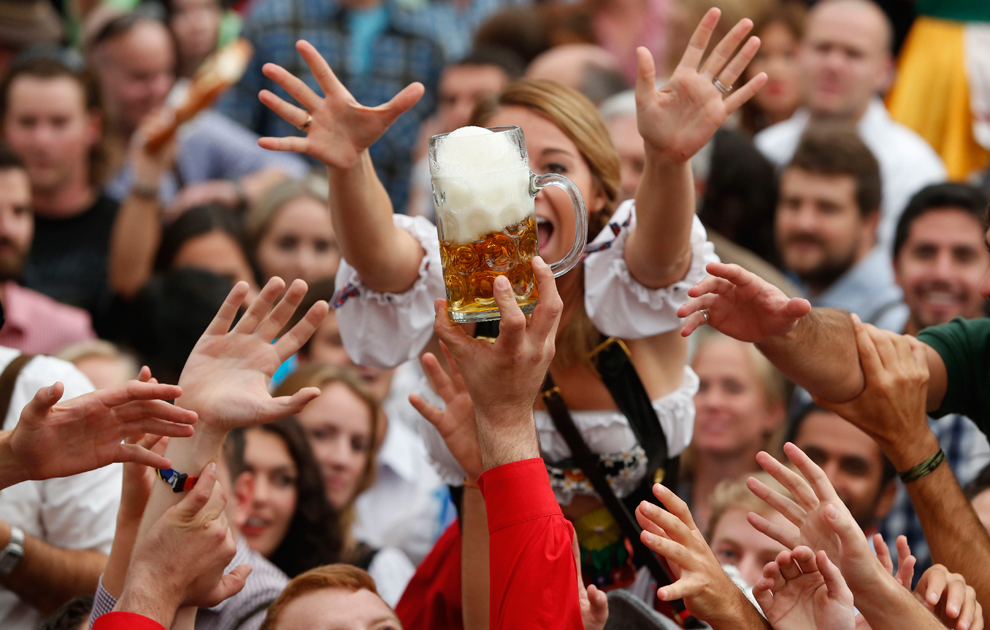 Revelers celebrate the opening ceremony in the "Hofbraeuzelt' beer tent of the 180th Bavarian Oktoberfest beer festival in Munich on Sept. 21. The world's largest beer festival, held from Sept. 21- Oct. 6, is expected to attract more than six million guests from around the world. (Matthias Schrader/Associated Press)