Protests are ongoing in Brazil as people took to demonstrating against high World Cup spending. It was the latest in a wave of protests, beginning with those against transportation fare increases and later expanding to other issues, including the rights of indigenous people, abortion and gay marriage, poor public services, and general displeasure with the nationâs government, which many see as corrupt. The unrest is the worst the nation has seen in two decades. -- Lloyd Young ( 39 photos total) 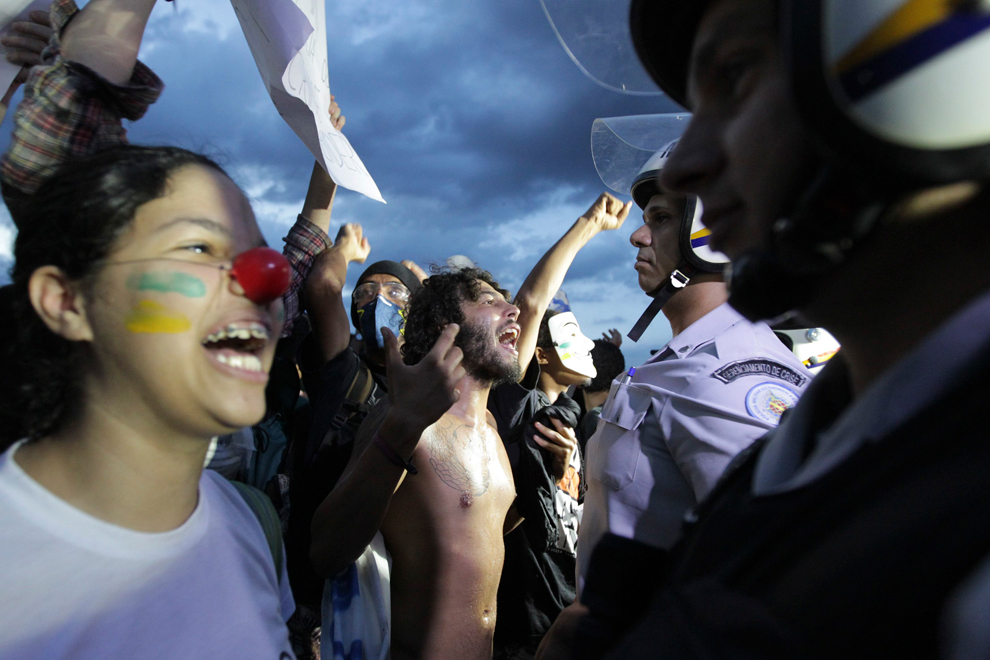 Demonstrators shout as they protest against the Confederation's Cup and the government of Brazil's President Dilma Rousseff in Brasilia on June 17. Tens of thousands of demonstrators marched through the streets of Brazil's biggest cities on Monday in a growing protest that is tapping into widespread anger at poor public services, police violence and government corruption. Protesters are using the Confederation's Cup as a counterpoint to amplify their concerns. (Ueslei Marcelino/Reuters)