In 2012, sheriff's deputies in Brooks County found 129 bodies, around double the amount from the year before and six times the number recorded in 2010. Most of those who die succumb to the punishing heat and rough terrain that comprise the ranch lands of south Texas. Reuters photographer, Eric Thayer, traveled to Brooks County, Texas and Reynosa, Mexico to investigate the rising rates of immigrant deaths along the border there, spending time at a migrant's hostel in Mexico and with U.S. Border Patrol in Brooks County. Many migrants, after spending several weeks traveling through Mexico and past the Rio Grande, spend a few days in a "stash house," such as Casa del Migrante, in Reynosa, Mexico, and many are ignorant of the treacherous journey ahead. -- Paula Nelson ( 28 photos total) 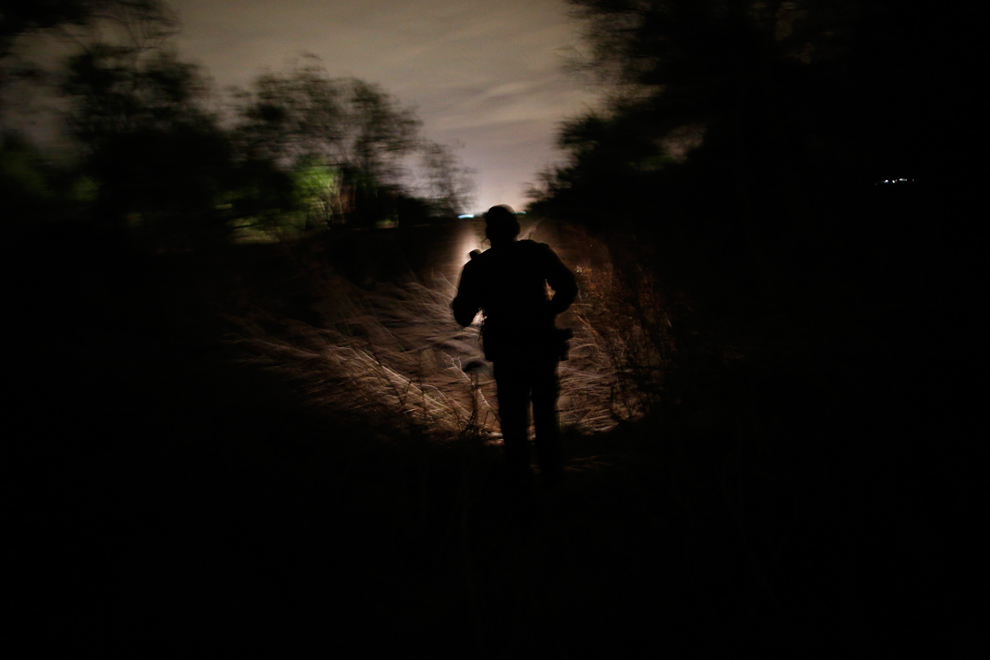 A U.S. Border Patrol agent from the Rio Grande Valley Sector searches for a group of undocumented immigrants who crossed the Rio Grande River in Mission, Texas March 28, 2013. Brooks County has become an epicenter for illegal immigrant deaths in Texas. (Eric Thayer/Reuters)