The 41st Iditarod Trail Sled Dog Race came to an end yesterday in Nome, Alaska. Mitch Seavey, 53, with his team of ten dogs, became the oldest musher ever to win the 1,000-mile race across the Alaskan wilderness in just over 9 days, 7 hours. Last year his son, Dallas, became he youngest winner at 25. His winnings included $50,000 and a new truck. The race is a remaking of the freight route to Nome which pays tribute to the role sled dogs played in the settlement of Alaska. -- Lloyd Young ( 31 photos total) 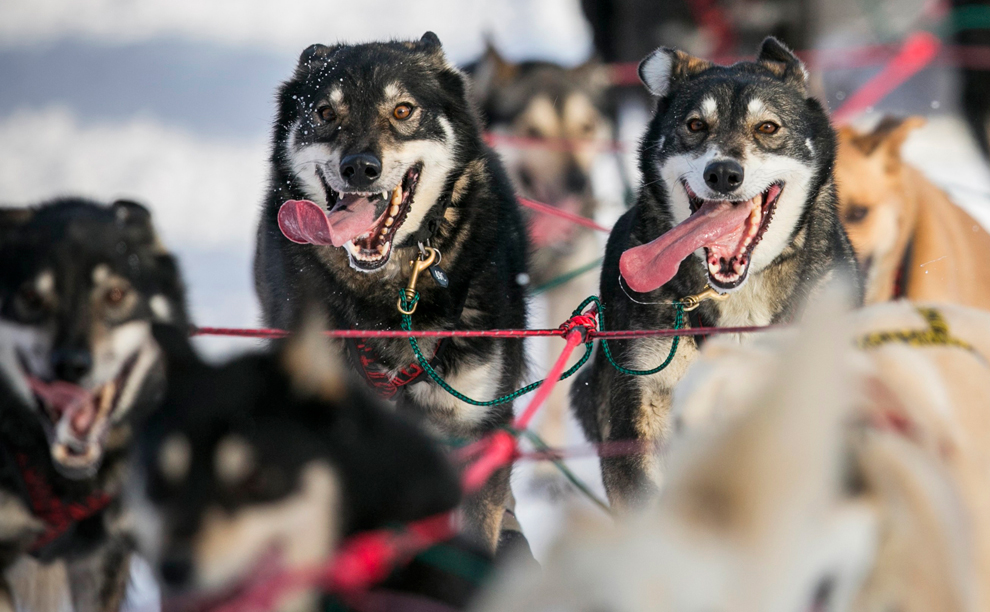 Gerald Sousa's team charges down the trail at the re-start of the Iditarod Trail Sled Dog Race in Willow, Alaska on March 3. From Willow, the race runs for almost 1000 miles as it crosses the state to Nome. (Nathaniel Wilder/Reuters)