For over 55 years, the World Press Photo contest has encouraged the highest standards in photojournalism. The contest is judged by leading experts in visual journalism who represent various aspects of the profession and the composition of the jury is changed from year to year. The prize-winning images are assembled into an exhibition that travels to 45 countries over the course of a year and over two million people go to a hundred different venues to see the images. The winners themselves uphold the foundation's simple mission statement: We exist to inspire understanding of the world through quality photojournalism. A sampling of the winning images follows. You can browse more amazing content on World Press Photo. -- Paula Nelson (NOTE: There will be no post on Monday in observance of the holiday.) ( 18 photos total) 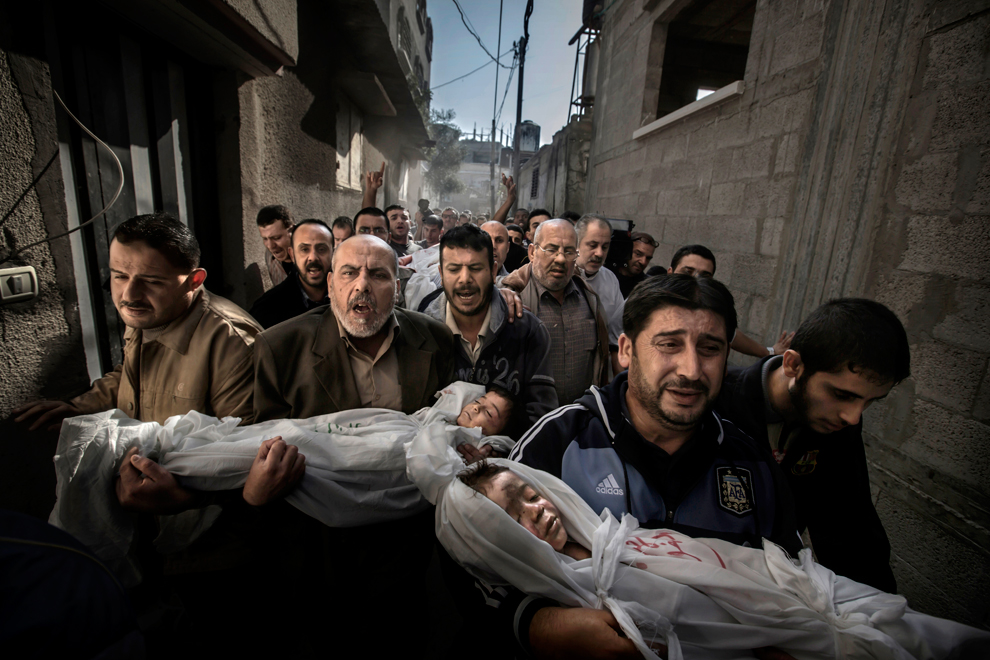 World Press Photo of the Year 2012 - Paul Hansen/Sweeden/Dagens Nyheter - Nov. 20, 2012, Gaza City, Palestinian Territories. Two-year-old Suhaib Hijazi and her three-year-old brother Muhammad were killed when their house was destroyed by an Israeli missile strike. Their father, Fouad, was also killed and their mother was put in intensive care. Fouadâs brothers carry his children to the mosque for the burial ceremony as his body is carried behind on a stretcher. 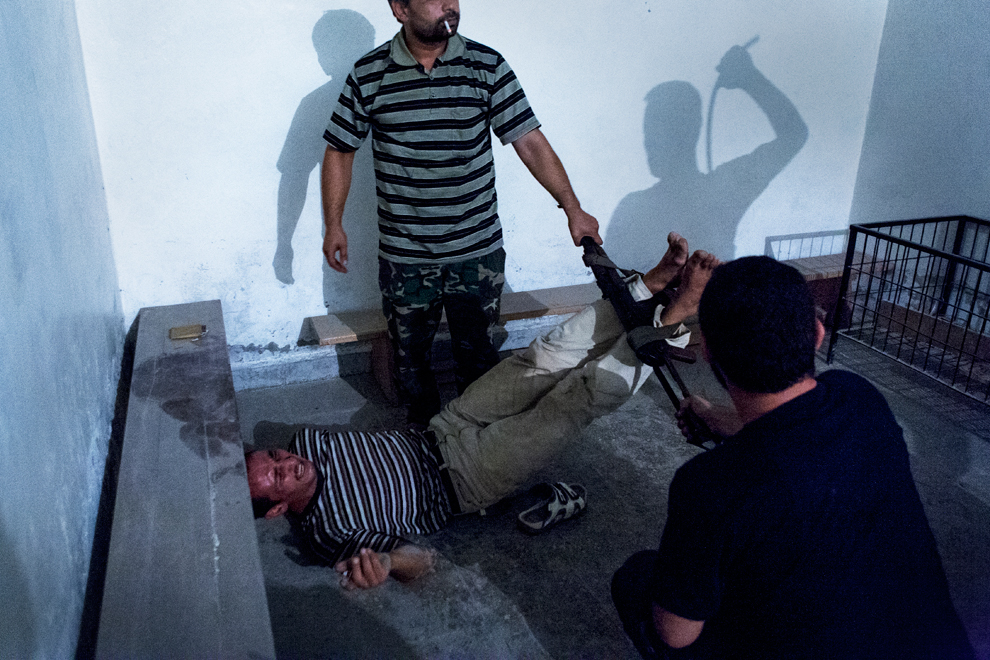 2
2nd Prize, Spot News Single - Emin Ozmen/Turkey - July 31, 2012, Aleppo, Syria. Opposition fighters regularly launched operations to seize government informants after dark. Two informants were captured, declared guilty under interrogation, and tortured throughout the night; tired soldiers had to be replaced so the torture could continue. After 48 hours, the captives were released.# 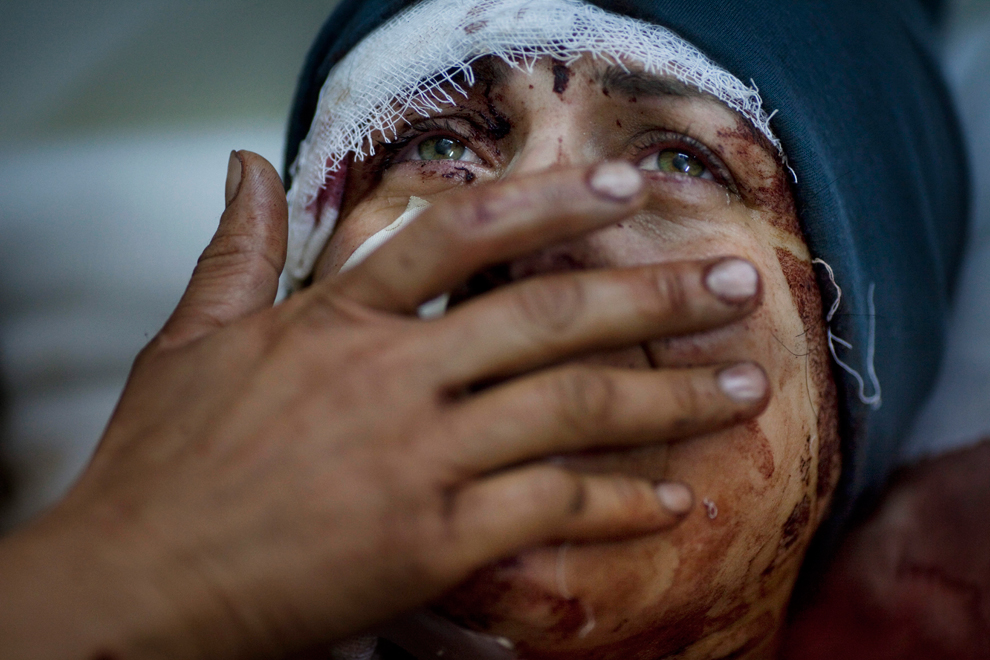 4
1st Prize General News Single - Rodrigo And, Argentina, The Associated Press - March 10, 2012, Idib, Syria. Aida cries while recovering from severe injuries she received when her house was shelled by the Syrian Army. Her husband and two children were fatally wounded during the shelling.# 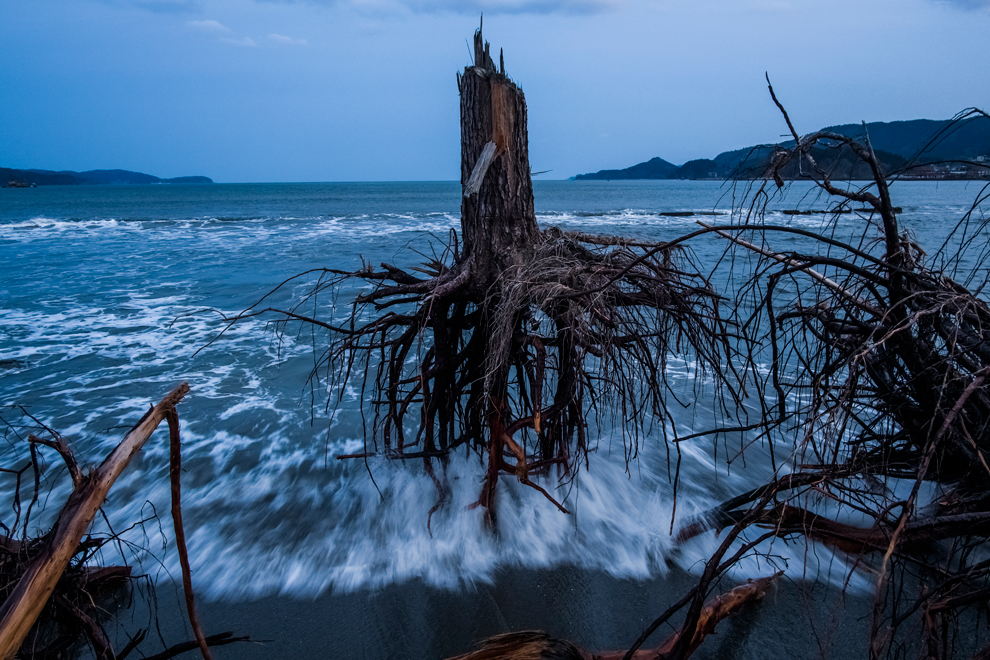 5
3rd Prize General News Stories - Daniel Berehulak/Australia/Getty Images - Japan After the Wave - March 7, 2012, Rikuzentakata, Japan. Pine trees uprooted during the tsunami lay strewn over the beach.One year later, areas of Japan most impacted by the earthquake and subsequent tsunami that left 15,848 dead and 3,305 missing, continue to struggle. Thousands of people remain living in temporary dwellings. The government faces an uphill battle with the need to dispose of rubble as it works to rebuild economies and livelihoods.# 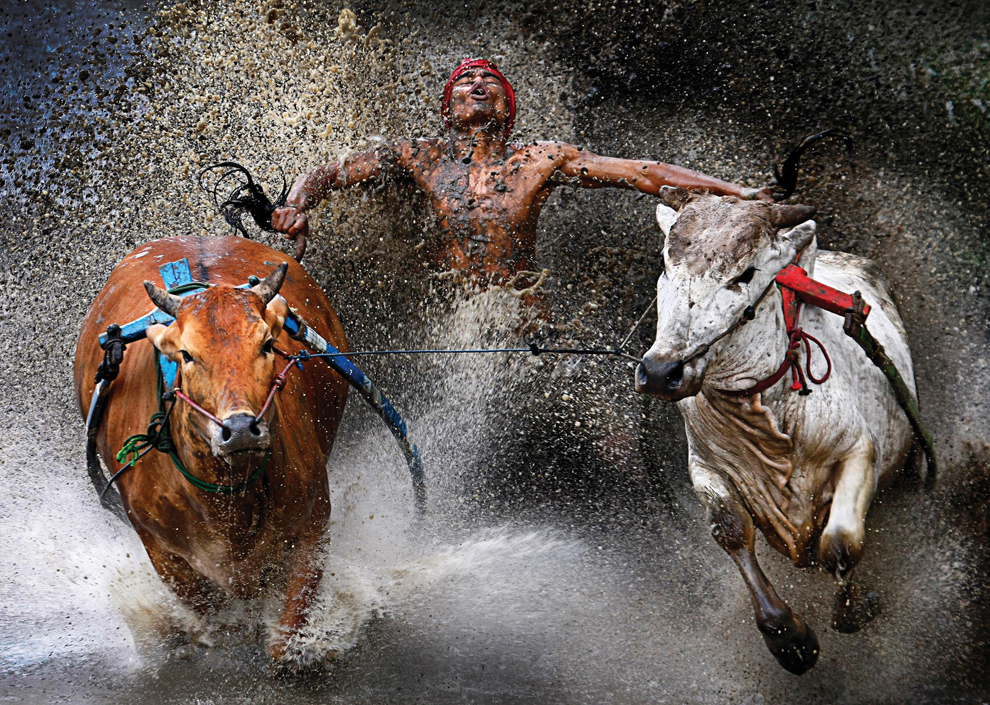 6
1st Prize Sports - Sports Action Single - Wei Seng Chen/Malaysia - Pacu Jawi Bull Race, Indonesia - Feb. 12, 2012, Batu Sangkar, West Sumatra, Indonesia. A jockey, his feet stepped into a harness strapped to the bulls and clutching their tails, shows relief and joy at the end of a dangerous run across rice fields. The Pacu Jawi (bull race) is a popular competition at the end of harvest season keenly contested between villages.# 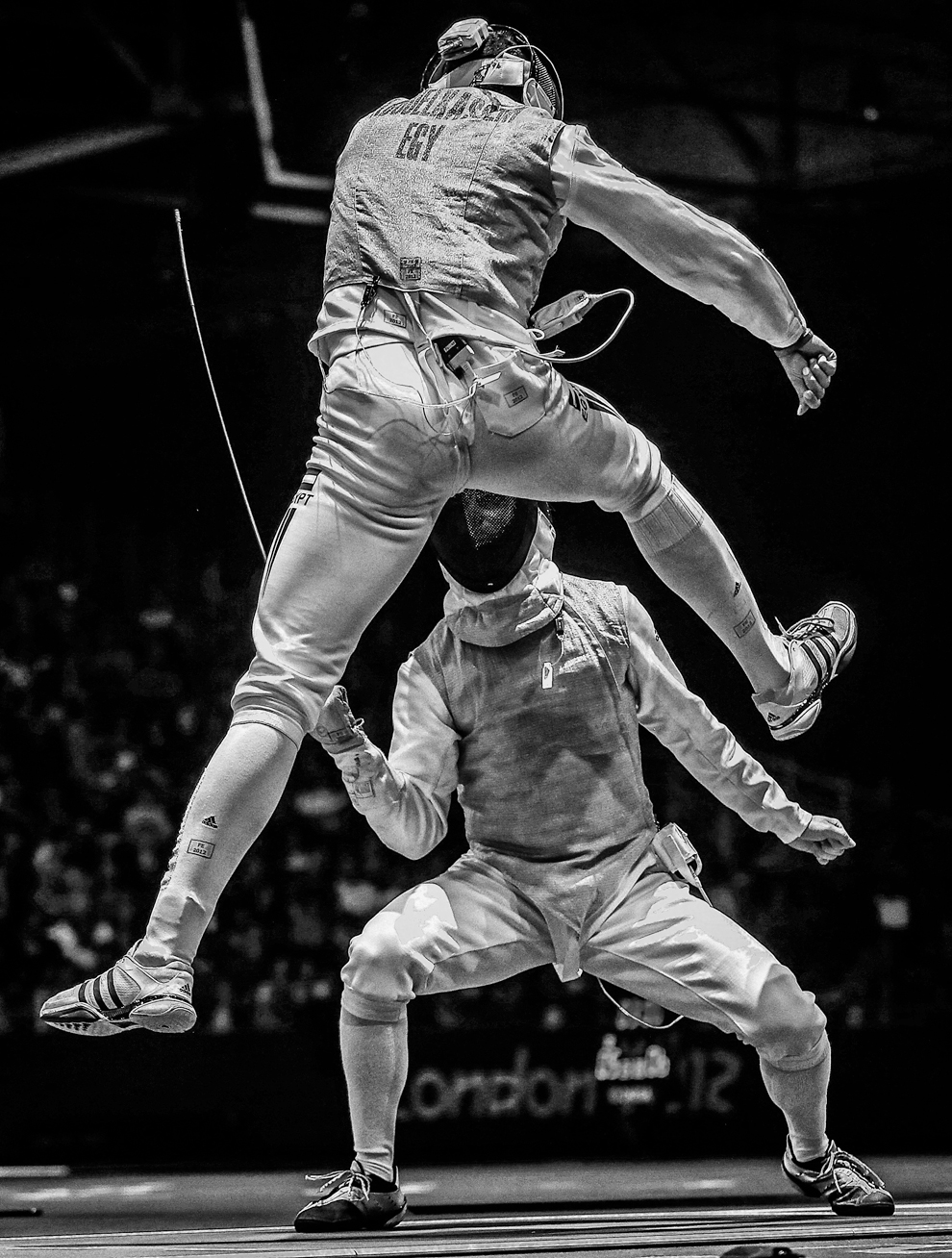 7
2nd Prize Sports - Sports Action Stories - Sergei Ilnitsky/Russia/European Pressphoto Agency - The Golden Touch, Fencing at the Olympics, July 31, 2012, London, UK. Alaaeldin Abouelkassem of Egypt in action against Peter Joppich of Germany during their Men's Foil Individual Round 16 match. Years of training, thousands of battles, and hundreds of victories prepared fencing competitors for the opportunity to stand on the piste at the 2012 London Olympic Games to fight for gold.# 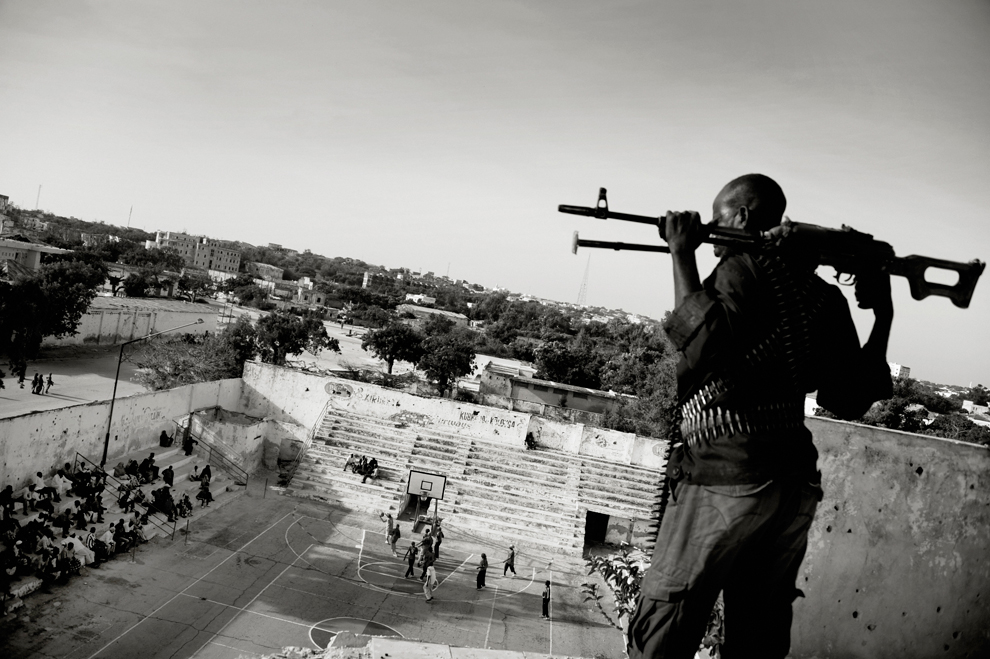 8
1st Prize Sports - Sports Features Stories - Jan Grarup/Denmark/Laif - Women's Basketball, Mogadishu, Somalia - Feb. 21, 2012, Mogadishu, Somalia. The Somali basketball association pays armed guards to watch over and protect Suweys and her team when they play. In Mogadishu, the war-torn capital of Somalia, young women risk their lives to play basketball. Suweys, the 19-year-old captain of a women's basketball team, and her friends defy radical Islamist views on womenâs rights. They have received many death threats from not only al-Shabaab militias and radical Islamists, but some male members of their own families. "I just want to dunk," said Suweys. It is on the basketball court she feels happiest. "Basketball makes me forget all my problems.â# 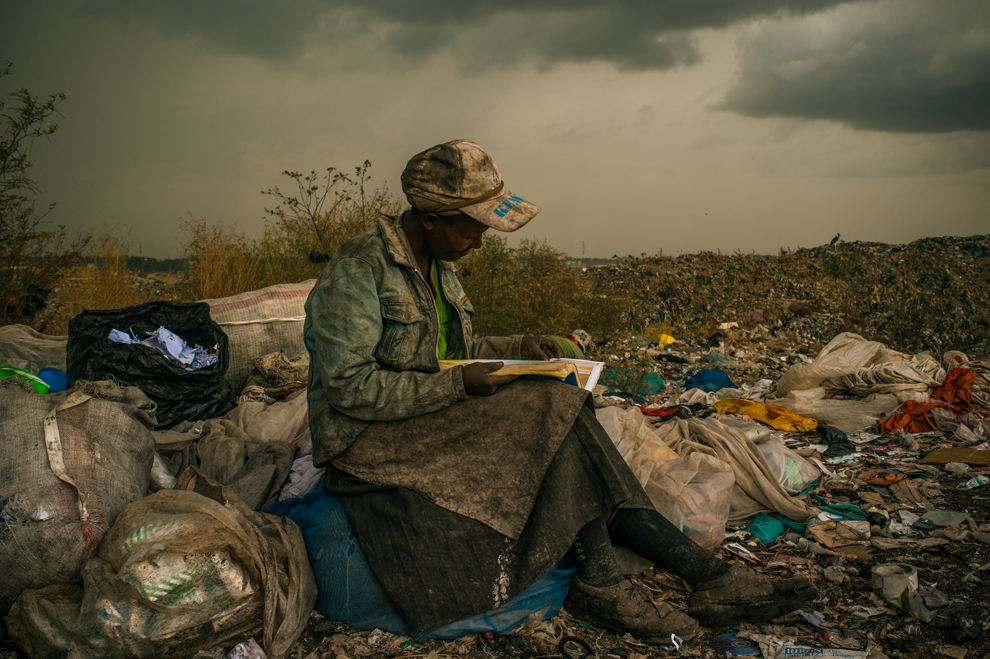 9
1st Prize Contemporary Issues Single - Micah Albert/USA/Redux Images - April 3, 2012, Nairobi, Kenya. Pausing in the rain, a woman working as a trash picker at the 30-acre dump, which literally spills into households of one million people living in nearby slums, wishes she had more time to look at the books she comes across. She even likes the industrial parts catalogs. âIt gives me something else to do in the day besides picking [trash],â she said.#

10
1st Prize Contemporary Issues Stories - Maika Elan/Vietnam/Most - The Pink Choice, Vietnam - June 22, 2012, Da Nang, Vietnam. Phan Thi Thuy Vy and Dang Thi Bich Bay, who have been together for one year, watch television to relax after studying at school. Vietnam has historically been unwelcoming to same-sex relationships. But its Communist government is considering recognizing same-sex marriage, a move that would make it the first Asian country to do so, despite past human rights issues and a long-standing stigma. In August 2012, the countryâs first public gay pride parade took place in Hanoi.# 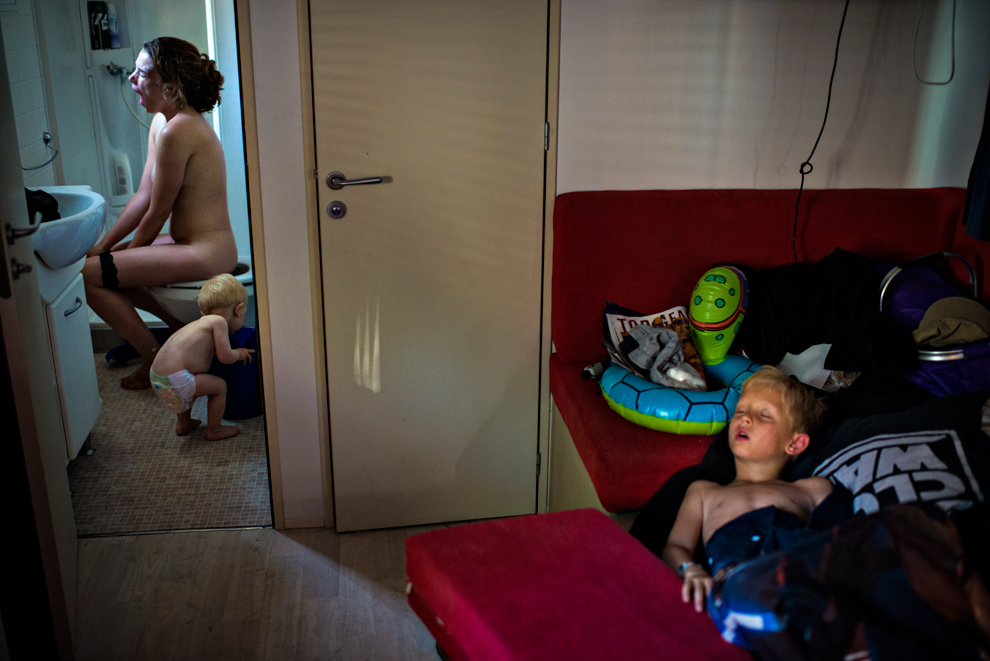 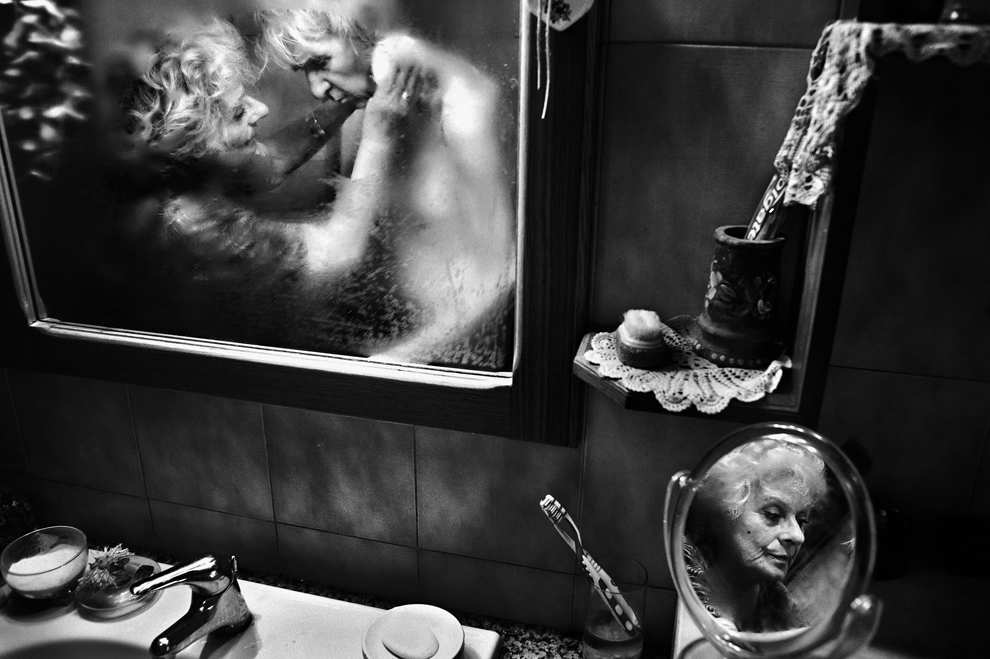 12
1st Prize Daily Life Stories - Fausto Podavini/Italy - Mirella - June 1, 2012, Rome, Italy. Despite her husband's life-threatening disease, Mirella devoted her life to assisting Luigi, trying to be positive and reassuring, looking after him with intense love and respect. Everyday care, usually done in a few minutes, takes hours when it concerns someone with dementia. Mirella, 71, spent 43 years of her life with the only person she loved, with all of life's difficulties, laughter, and beautiful moments. But over the last six years things changed: Mirella lived with her husband Luigiâs illness, Alzheimerâs, and devoted her life to him as his caregiver.# 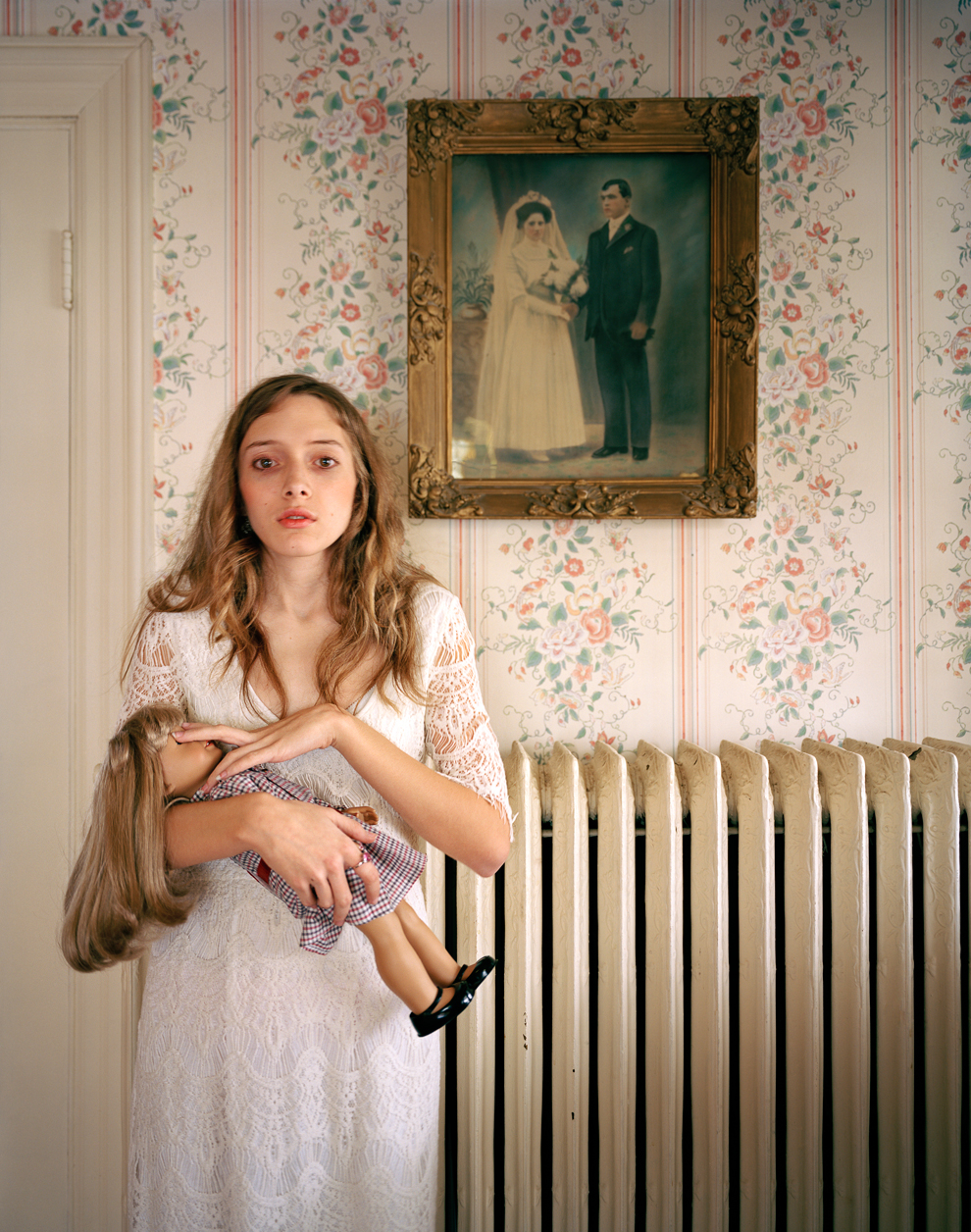 13
3rd Prize People - Observed Portraits Single - Ilona Szwarc/Poland/Redux Pictures - Kayla, Boston, USA - Feb. 19, 2012, Boston, Massachusetts, USA - âAmerican Girlâ is a popular line of dolls that can be customized to look exactly like their owners. Kayla poses with her lookalike doll in front of a portrait of her ancestors.# 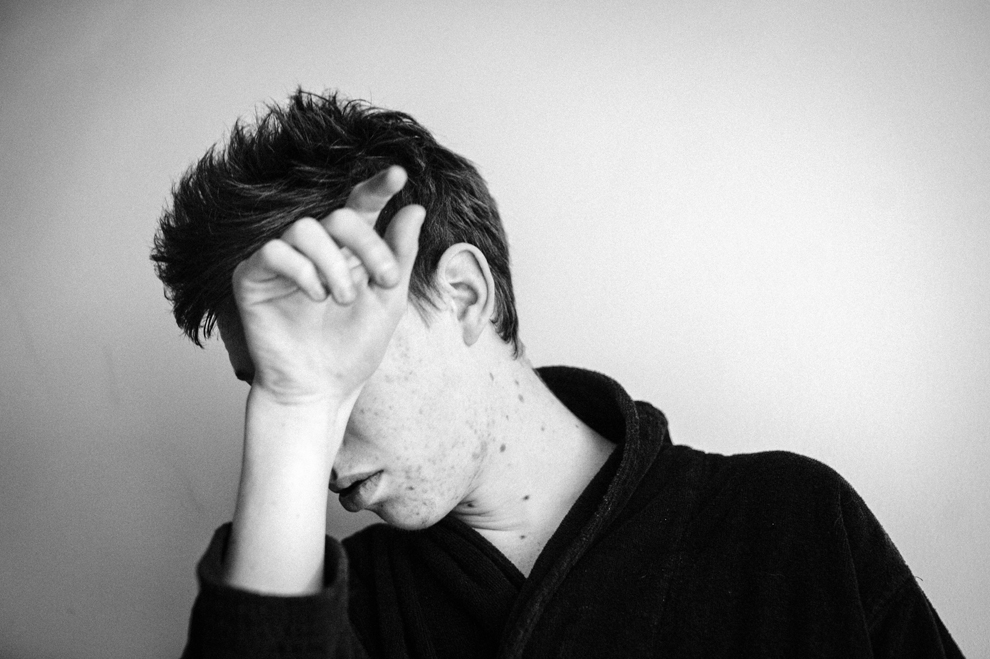 14
3rd Prize People - Observed Portraits Stories - Ananda van deer Pluijm/The Netherlands - Martin - Feb. 15, 2012, Tilburg, The Netherlands. After living with his father for ten years and staying in a youth shelter, Martin, 18, returned home two years ago to live with his mother. He arrived with some clothes in a bag and no work or degree.# 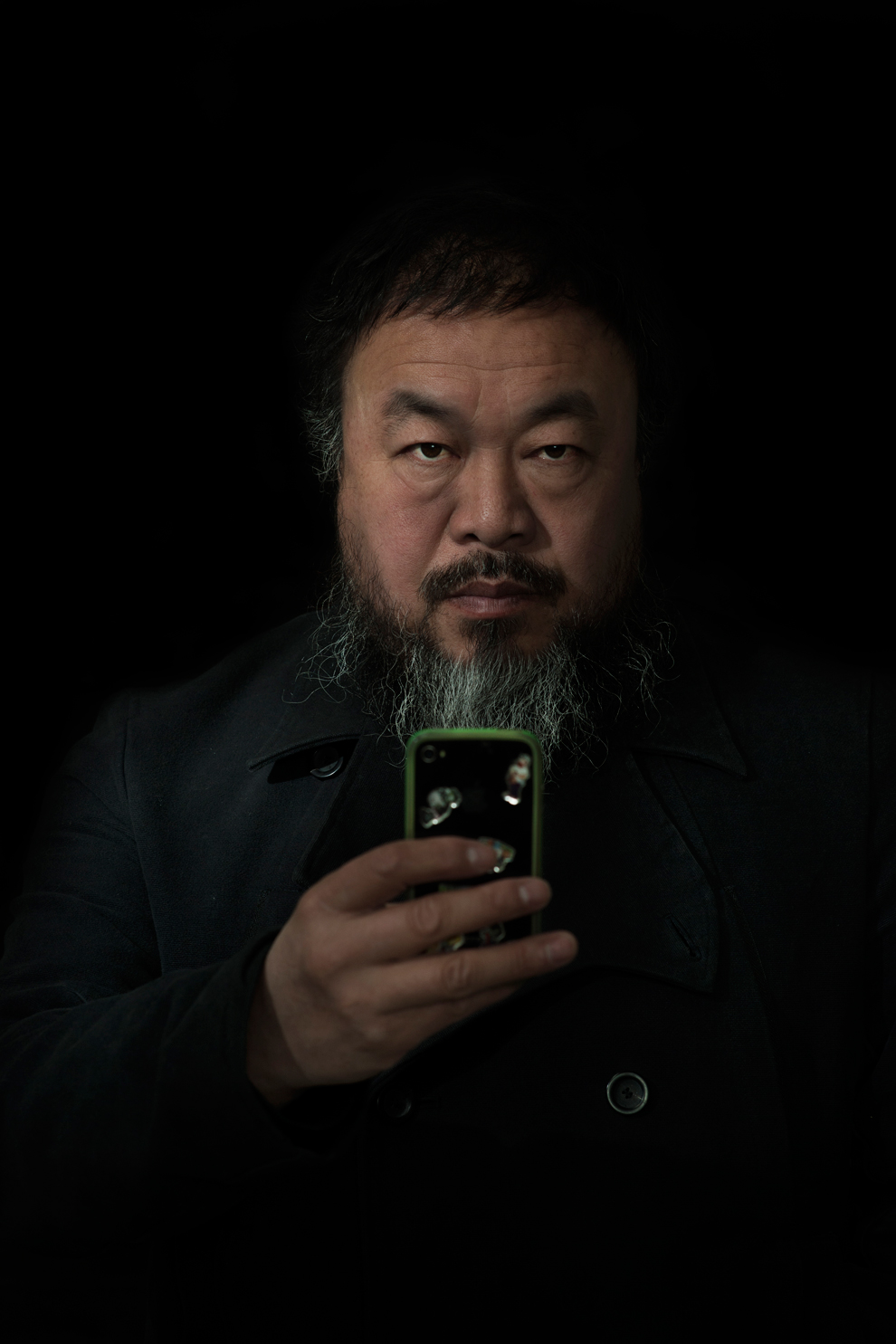 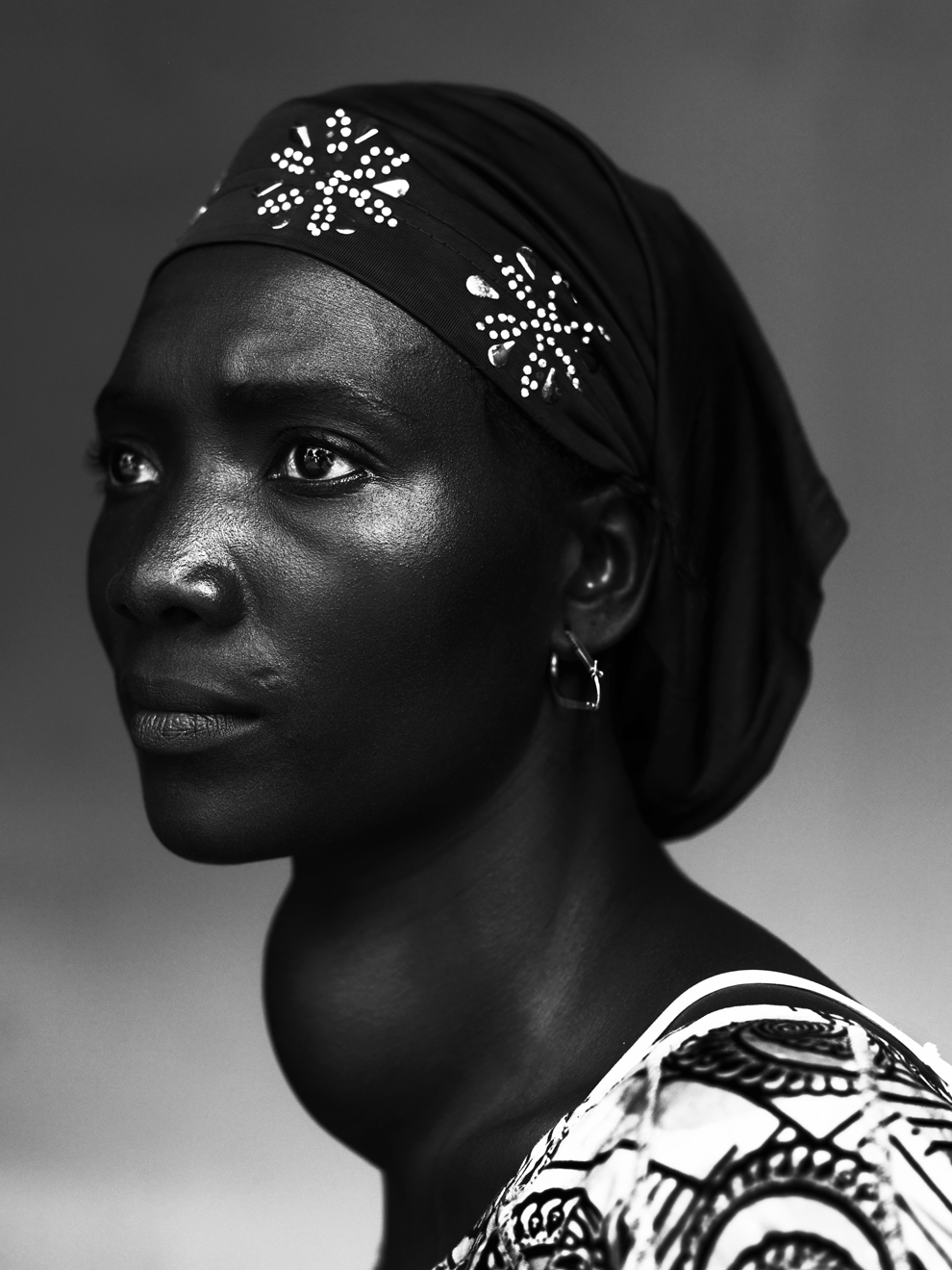 16
1st Prize People - Staged Portraits Stories - Stephan Vanfleteren/Belgium/Panos for Mercy Ships/De Standaard - People of Mercy, Guinea - Oct. 17, 2012, Conakry, Guinea. Makone Soumaoro, 30, goiter. âI don't have pain, but I am worried that my neck swells that much. I hope it it is not a tumor because I am a housewife and my man and three children need me.â Guinea is one of the least developed countries in the world. More than 60 percent of the population lives on less than one dollar per day. Three quarters of the population is illiterate. Health care is substandard and unaffordable for most people. Some get help with their health problems from NGO Mercy Ships aboard the hospital ship 'African Mercy' docked in the capital Conakry. They are treated by volunteer surgeons, doctors and nurses with such health issues as cataracts, teeth problems, and skin diseases to more complex orthopedic or tumor surgeries.# 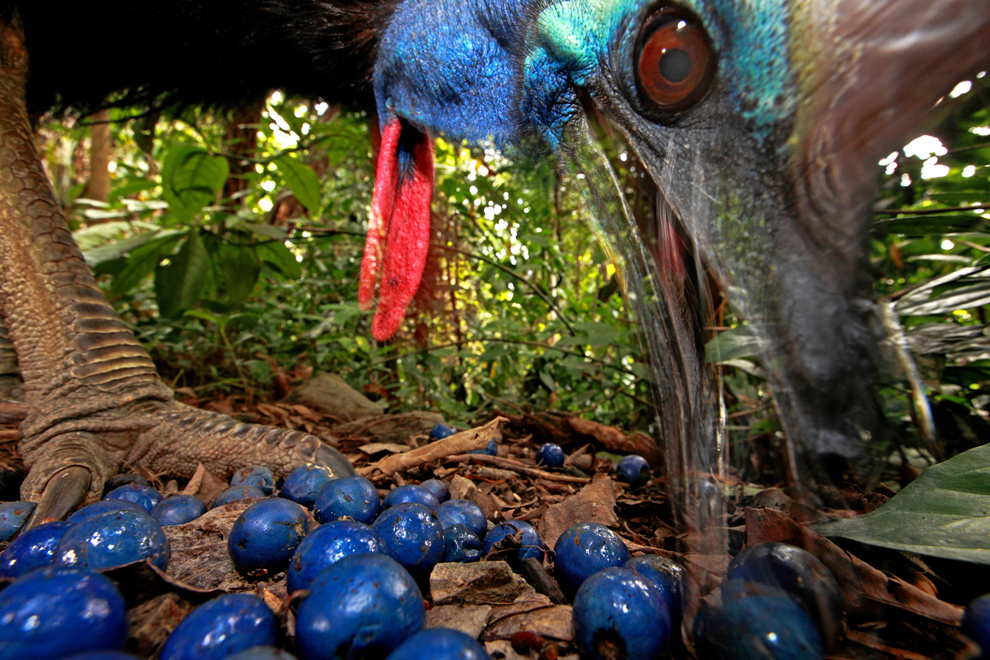 17
1st Prize Nature Single - Christian Ziegler/Germany/Southern Cassowary, Australia - Nov. 16, 2012, Black Mountain Road, Australia. The endangered Southern Cassowary feeds on the fruit of the Blue Quandang tree. Cassowaries are a keystone species in northern Australian rainforests because of their ability to carry so many big seeds such long distances.# 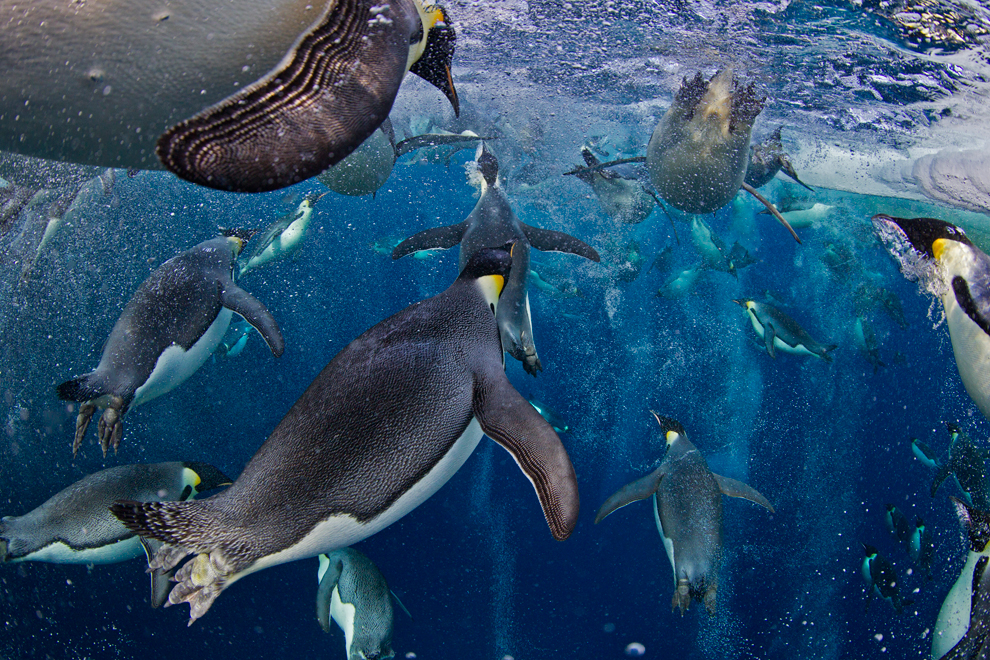 18
1st Prize Nature Stories - Paul Nicklen/Canada/National Geographic Magazine - Emperor Penguins, Ross Sea - Nov. 18, 2012, Ross Sea, Antarctica. Even though they have evolved an incredibly advanced bubble physiology the greatest challenge they face is the loss of sea ice that supports their colonies and ecosystem. New science shows that Emperor Penguins are capable of tripling their swimming speed by releasing millions of bubbles from their feathers. These bubbles reduce the friction between their feathers and the icy seawater, allowing them to accelerate in the water. They use speeds of up to 30 kilometers per hour to avoid leopard seals and to launch themselves up onto the ice.#