Families started burying their dead and protesters marched through the streets in the wake of the devastating Kiss nightclub fire that killed more than 230 people in Santa Maria, Brazil, last weekend. A band's pyrotechnics show, which police said used flares meant for outdoors, has been blamed for setting the windowless building ablaze trapping many clubgoers inside as they fled through a single, overcrowded exit. -- Lloyd Young (28 photos total) 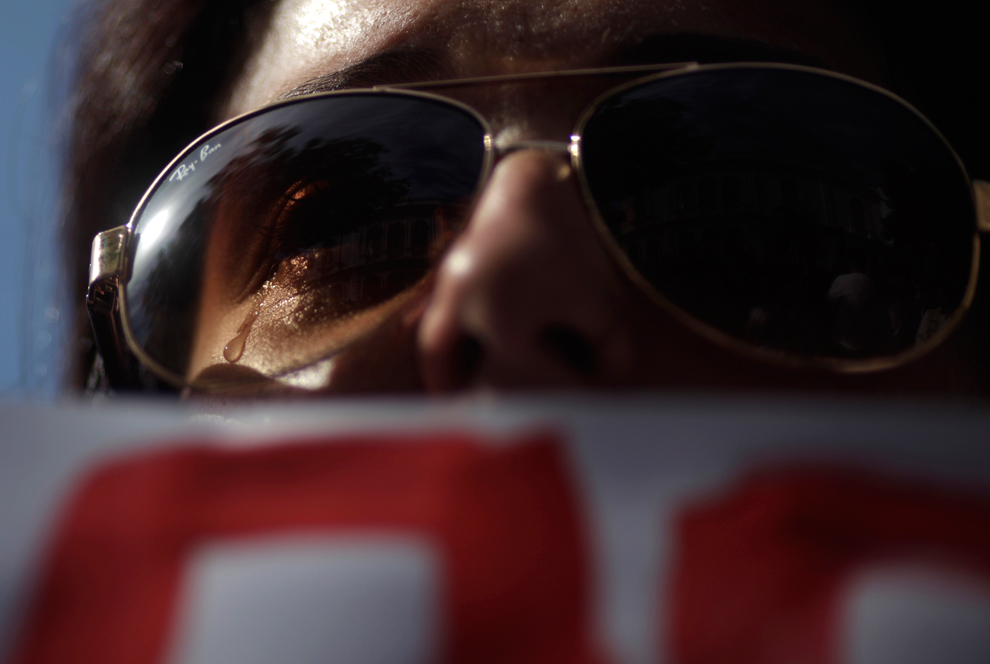 A woman cries during a protest against the deaths from the fire at the Kiss nightclub in the southern city of Santa Maria, Brazil, on Jan. 29. The fire killed more than 230 people in Santa Maria early on Sunday when a band's pyrotechnics show set the building ablaze and fleeing partygoers stampeded toward blocked and overcrowded exits in the ensuing panic, officials said. (Ricardo Moraes/Reuters)