The Big Picture posted some of photographer Matt Black's images of the Mixteca in July of 2011. The pictures were part of an ongoing long-term documentary project on the region and its people. I included a link to Black's Kickstarter campaign, and Big Picture readers responded in force, helping fund another trip to the area. The pictures below are the result of that trip, and it seems only right to share them with the readers who helped make them possible. This time, Black focused on farmers dealing with the area's severe soil erosion. He writes, "Southern Mexico's Mixteca region is one of the most heavily eroded landscapes on earth: up to five meters of topsoil have been lost. In the town of Santiago Mitlatongo, soil loss triggered a geological phenomenon called "slumping." Like a slow-motion landslide, the town is sliding downhill at the rate of one meter per day, destroying homes and livelihoods as houses and farmland slip into the valley below." Interested readers can join Black in a web conference hosted by Orion Magazine tomorrow. -- Lane Turner (16 photos total) 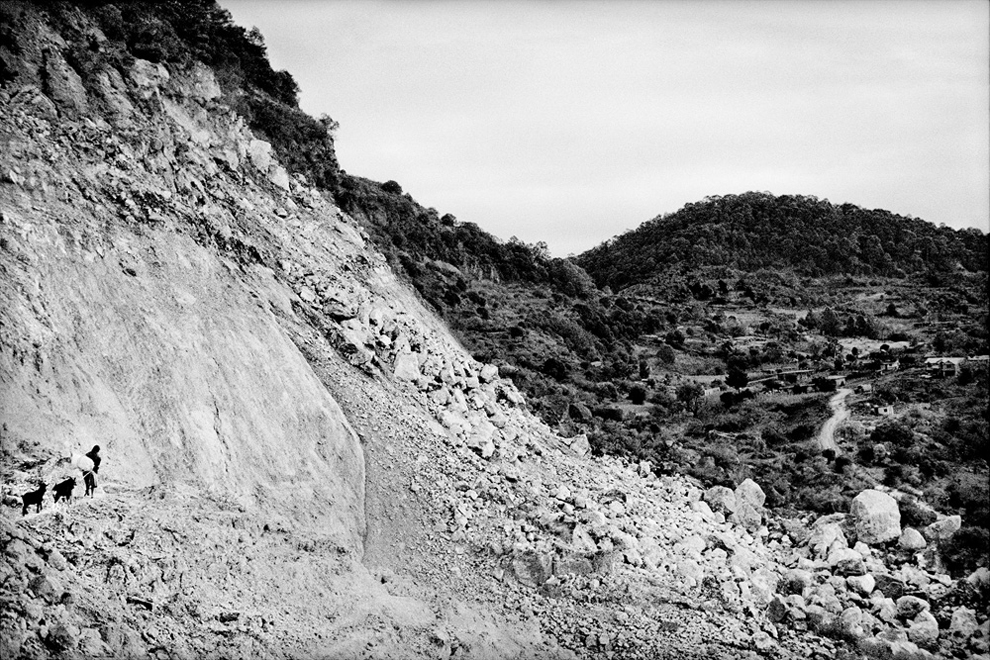 A collapsing mountain sends rocks towards the village below. (Matt Black) 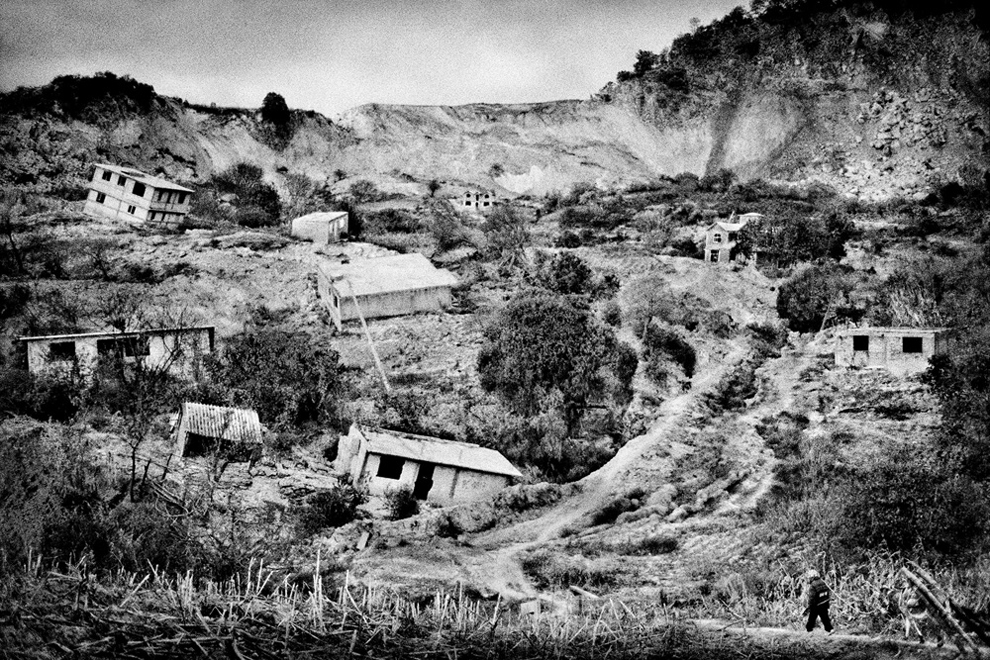 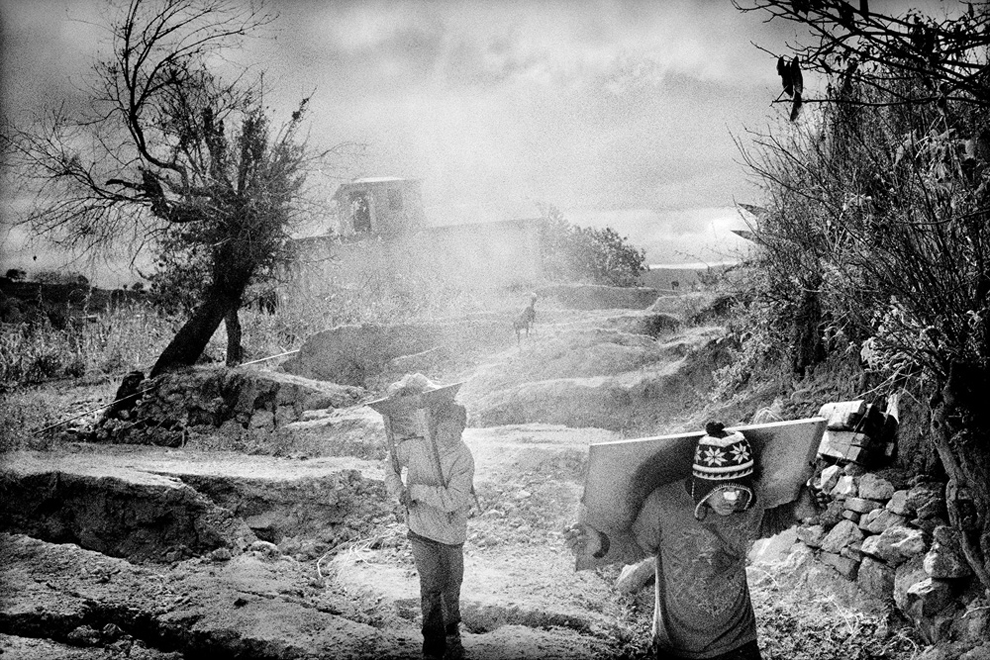 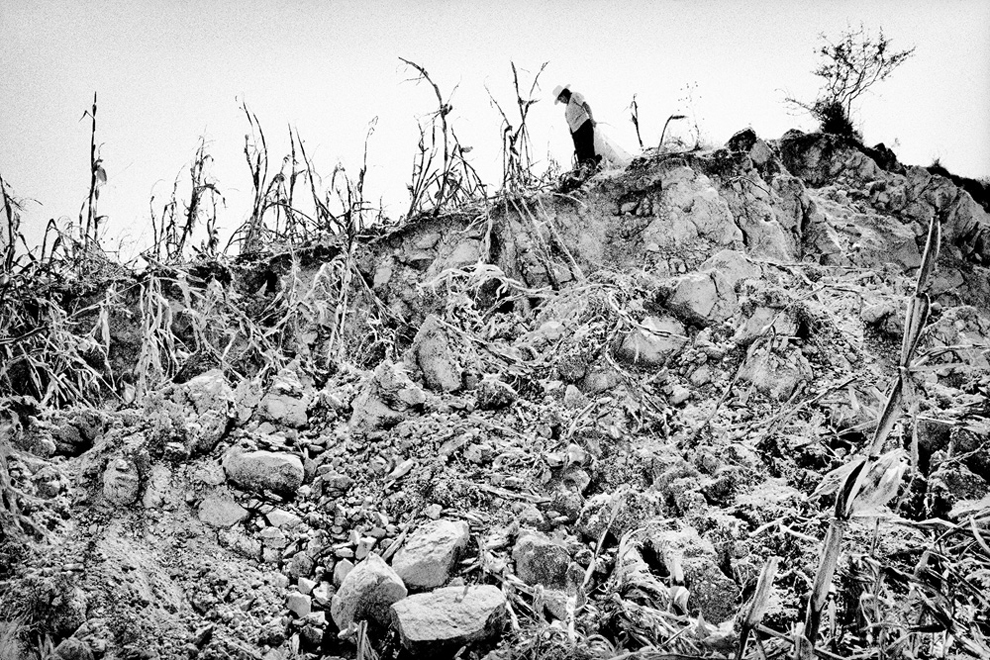 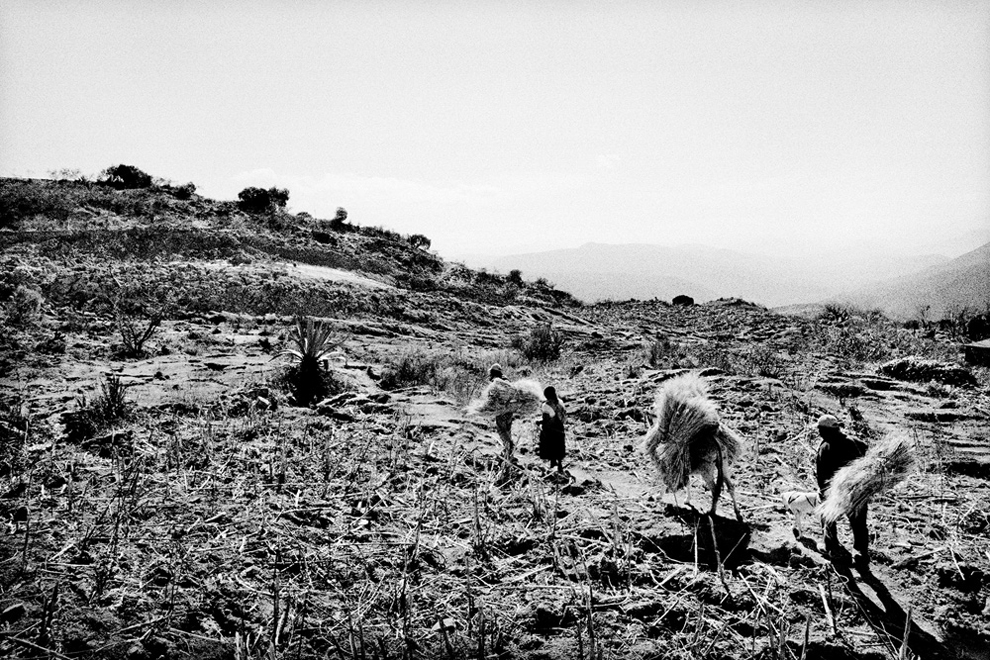 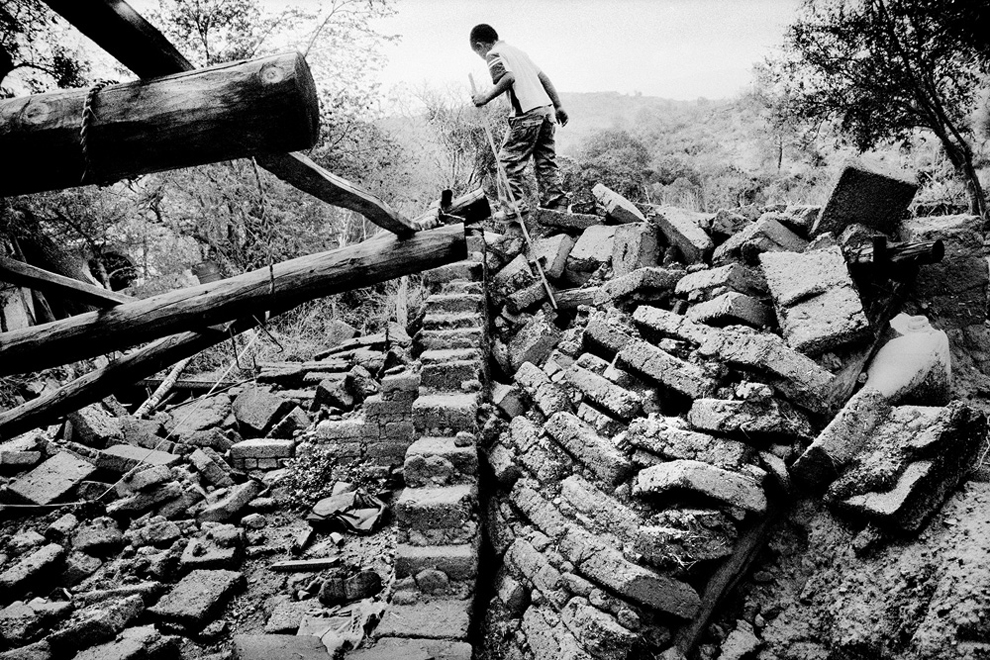 6
A boy climbs on his destroyed house. (Matt Black) # 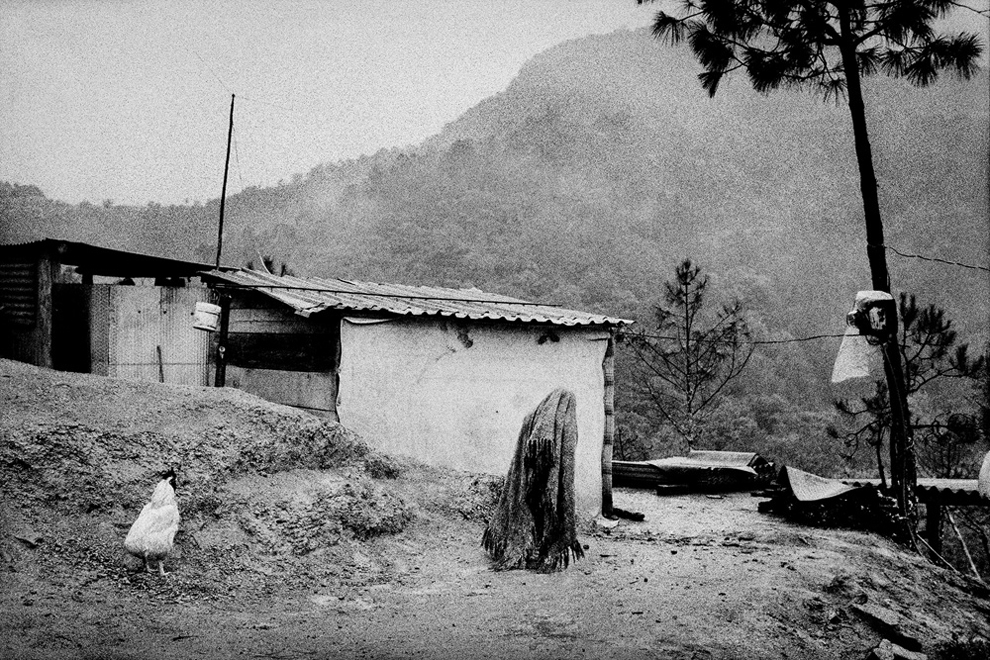 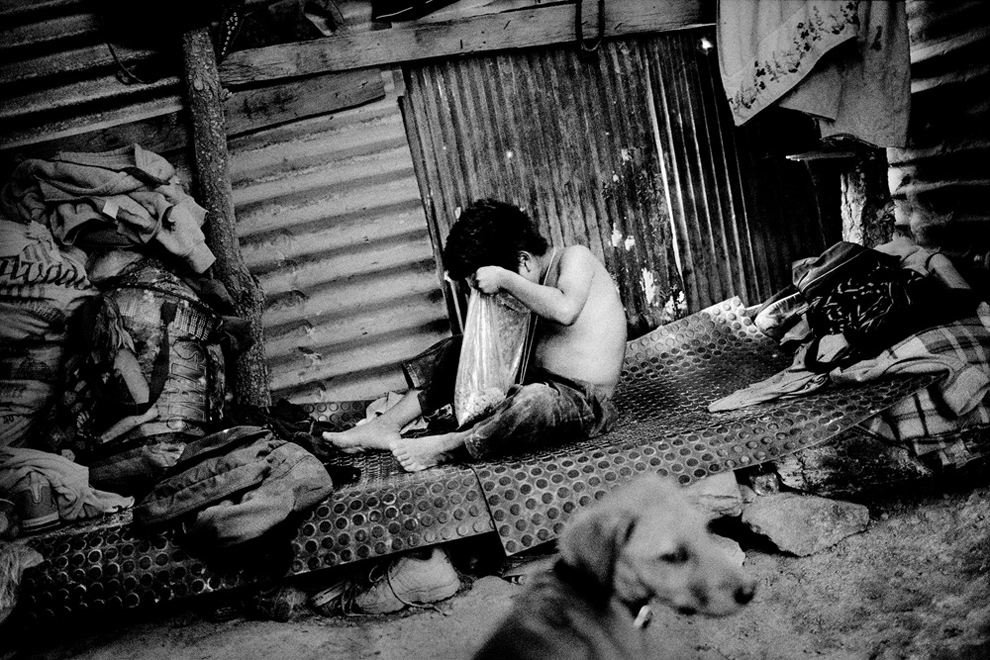 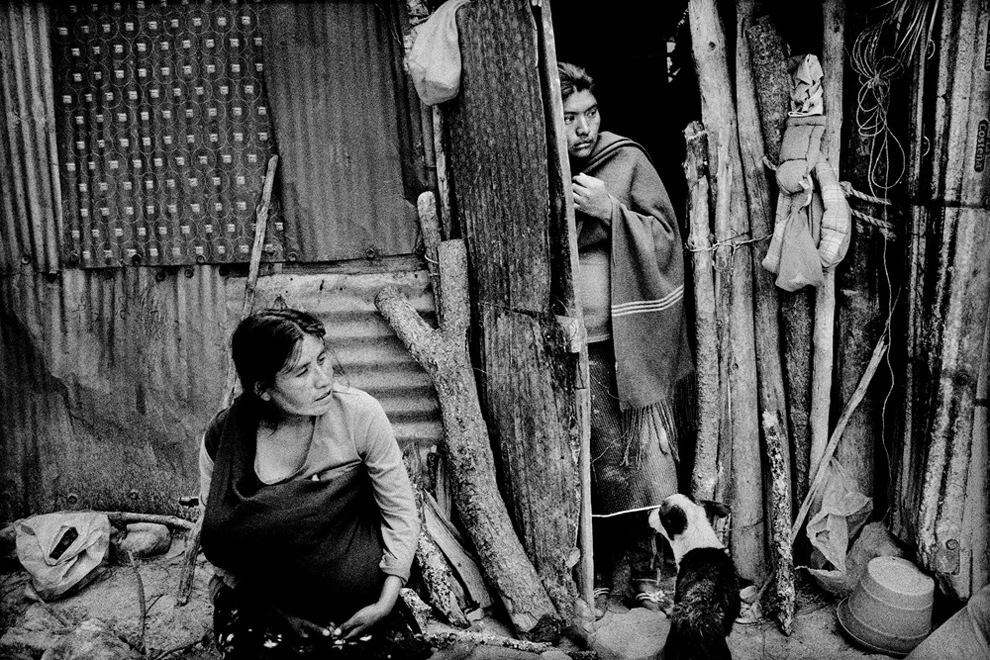 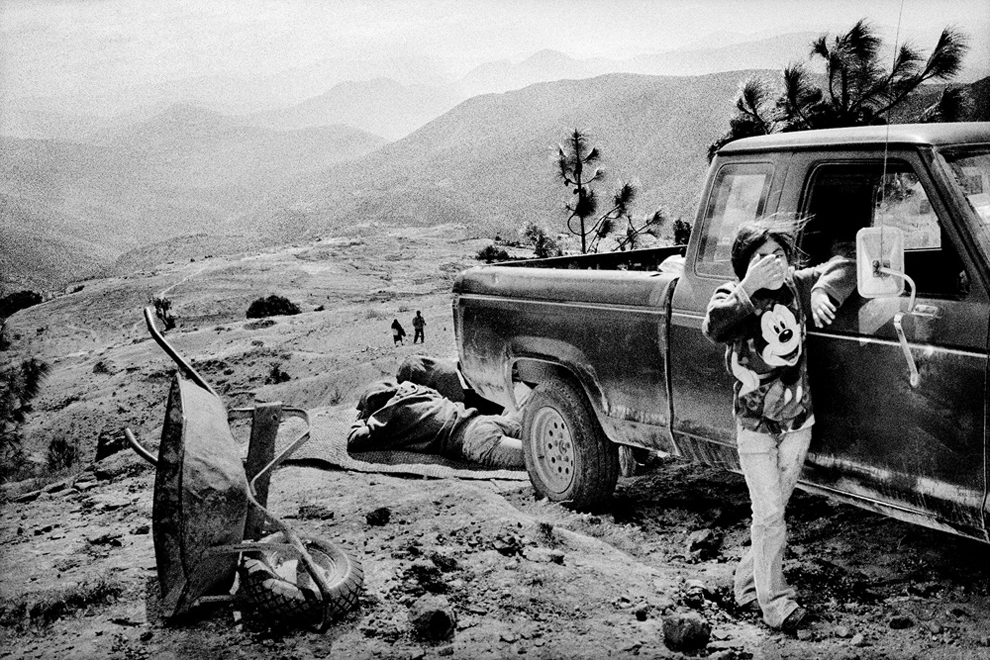 10
A family rests alongside a road. (Matt Black) # 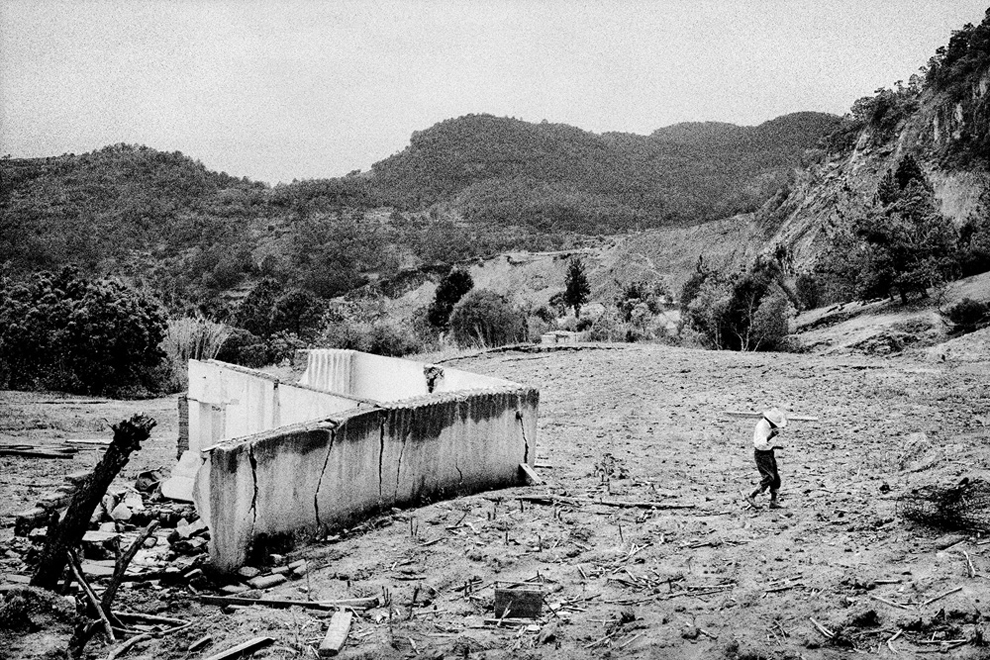 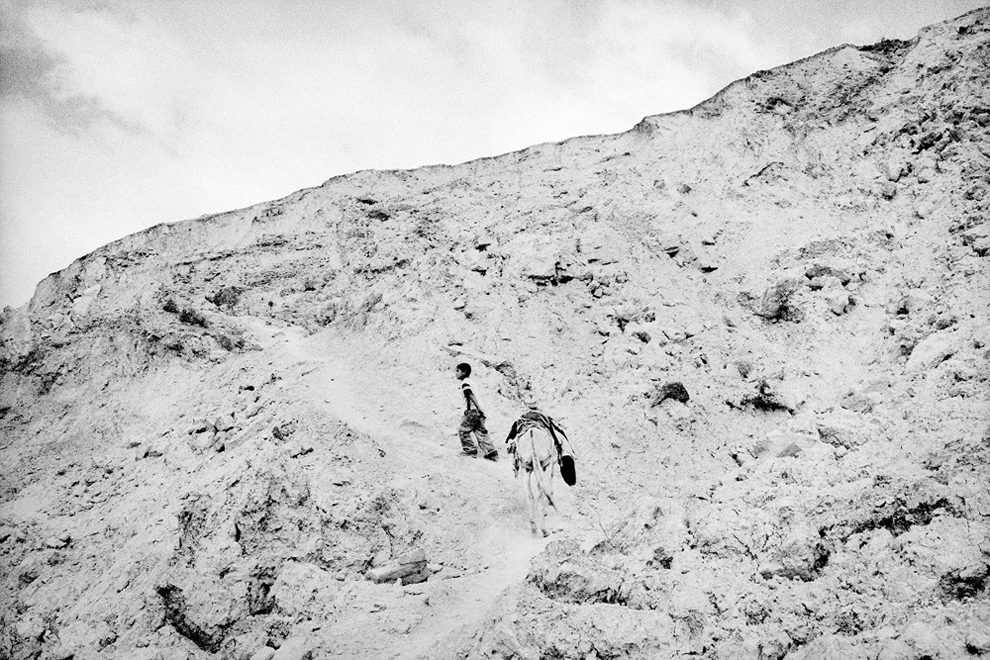 12
A boy walks home across a collapsing hillside. (Matt Black) # 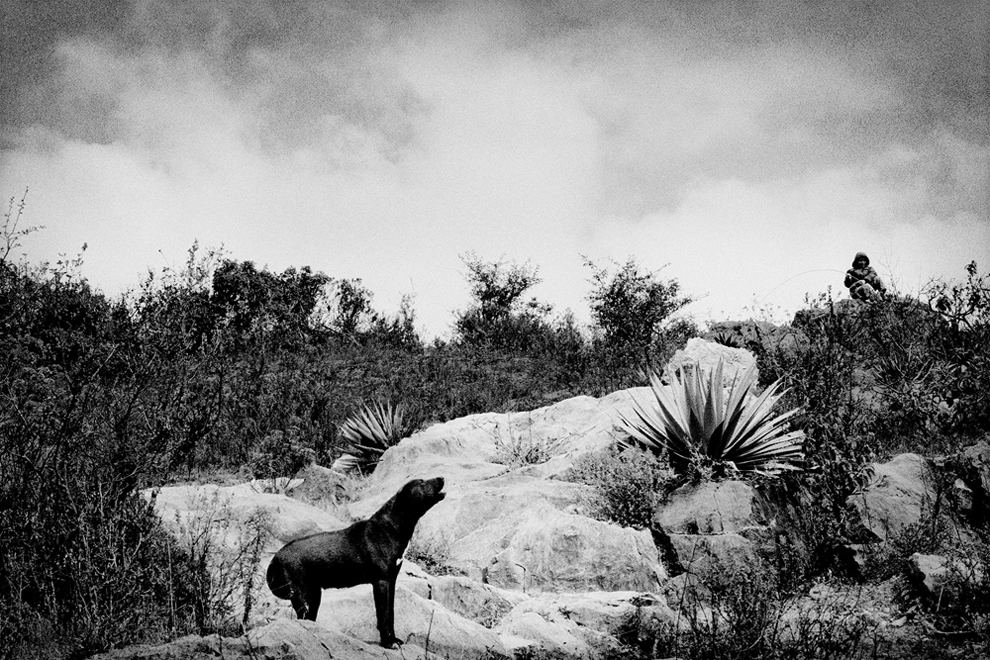 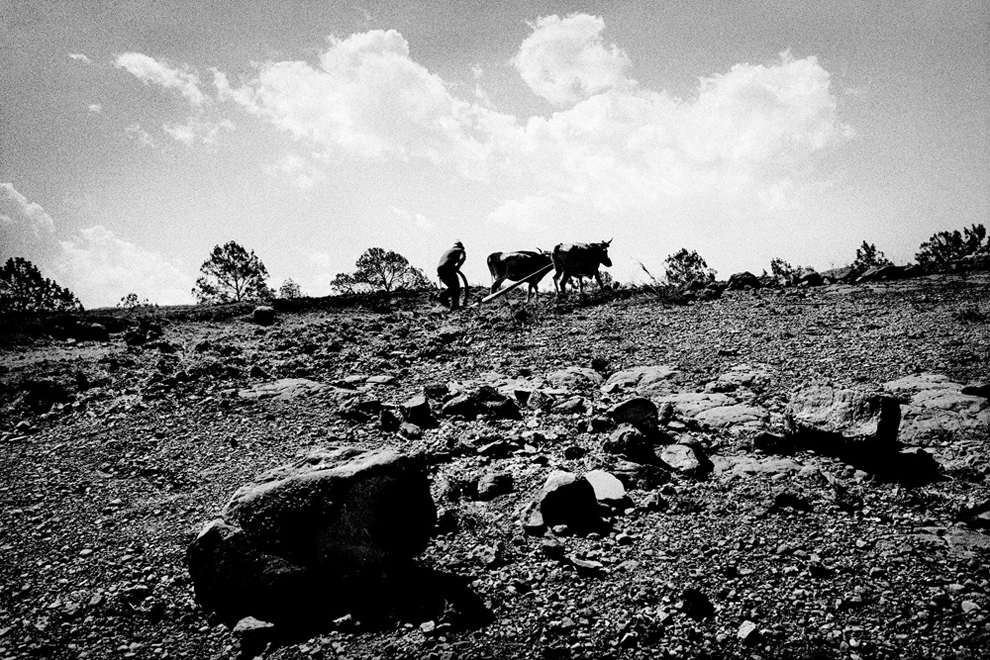 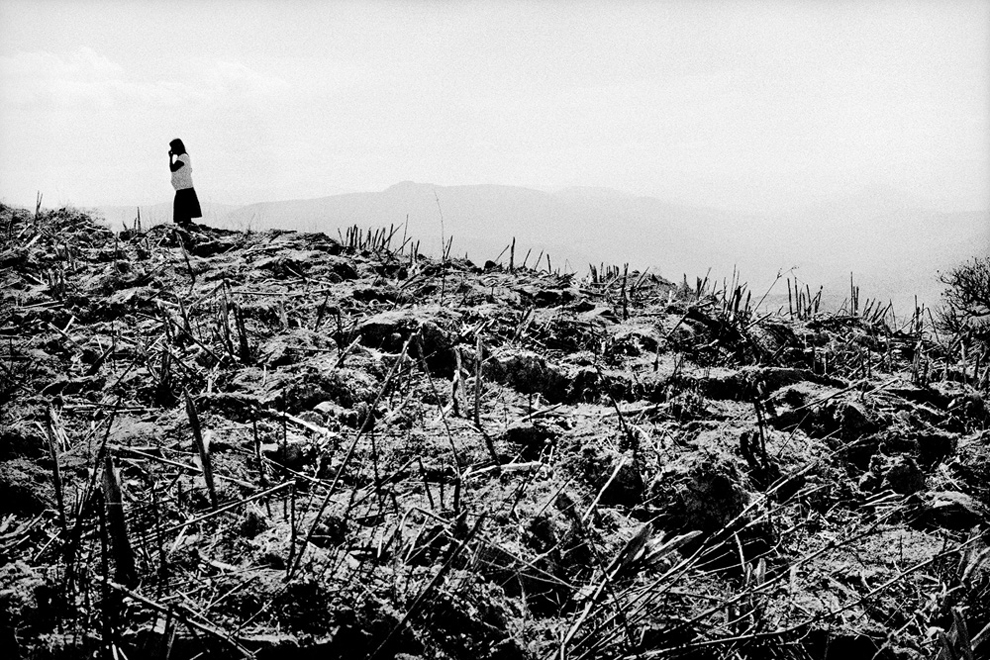 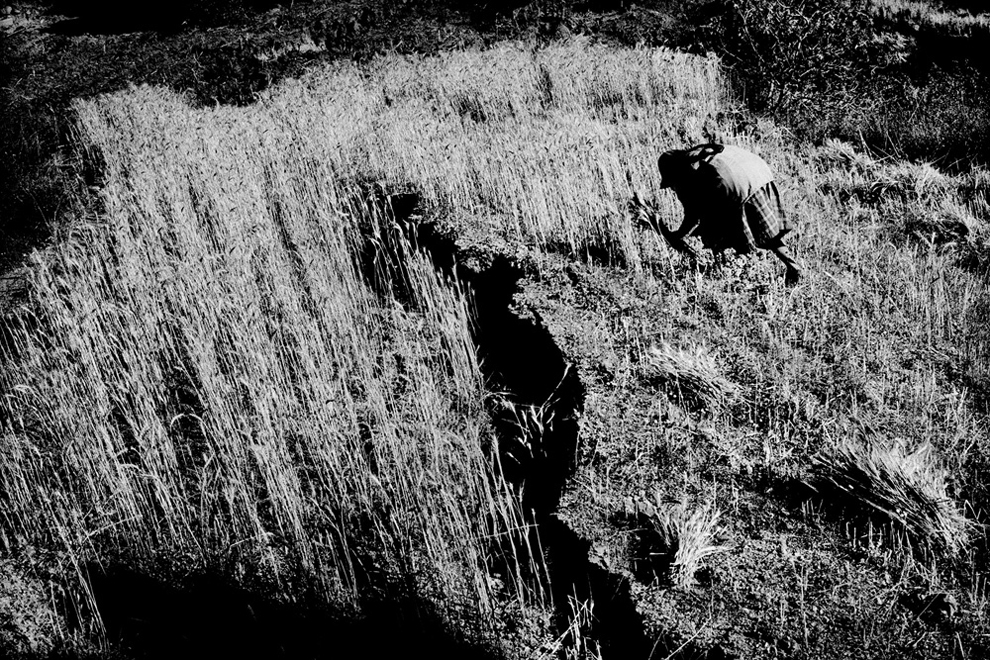