The 2012 Tour de France enters the final week with some tough climbs in the Pyrenees and a decisive individual time-trial remaining before the peloton races laps on the Champs-Elysees in Paris on Sunday. Barring surprises, leader Bradley Wiggins looks set to become the first British winner of the Tour in the 99 editions of the race to date. His main rival, Christopher Froome, isn't even trying to beat him, as they're on the same team. Defending champion Cadel Evans of Australia has aggressively tried to hold his title, but Wiggins' mastery in the time trial and team strength in the mountains has left him minutes behind. An appalling and dangerous act of sabotage struck the peloton atop the Mur de Peguere as persons unknown threw upholstery tacks on the tarmac, causing Evans and around 30 other riders to flat there or on the steep descent. The Tour de France finishes in Paris after 2,173 miles on July 22. -- Lane Turner (31 photos total) 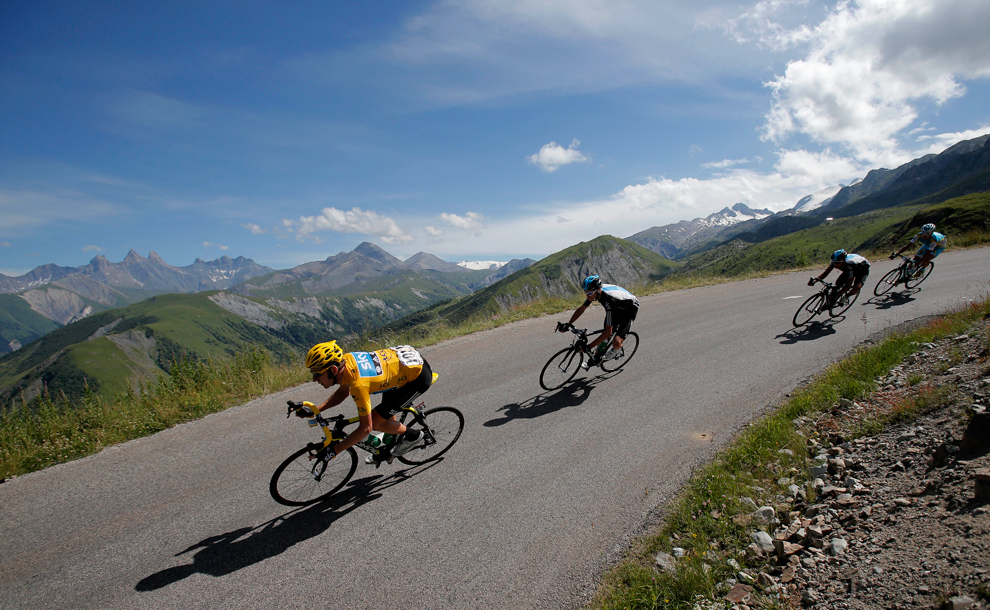