With 200,000 fleeing Aleppo, fighting in Syria intensified in the 16-month long struggle opposing the rule of Bashar al-Assad. While fighting still grips Homs after a brutal siege, the conflict has moved north to finally include commercial hub Aleppo - largely spared until now - a city of over two million. Both the Syrian army and the rebel Free Syrian Army claim advances in the battle for Aleppo, which began in earnest over the weekend. More pockets of conflict rage in other locations within Syria as well. Gathered here are images made available in the last week from Syria, where independent news coverage has been limited and difficult. Some of the images are from third parties and transmitted without confirmation via international wire services as they were received. -- Lane Turner (32 photos total) 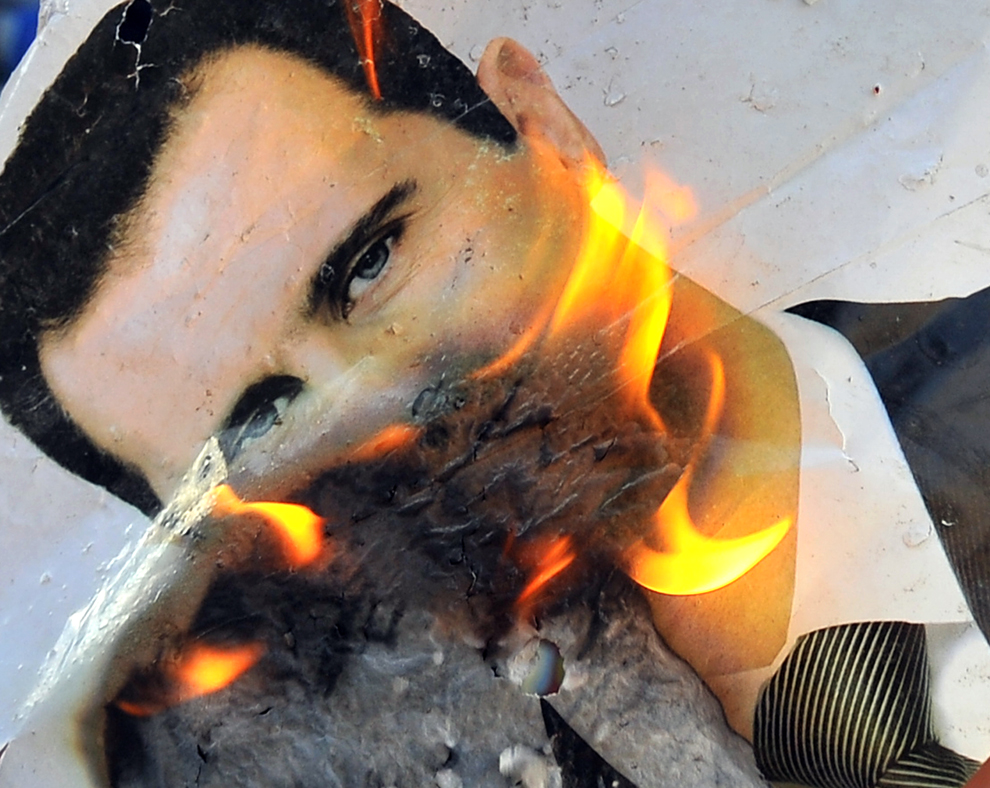 A portrait of Syrian President Bashar al-Assad burns during clashes between rebels and Syrian troops in Selehattin, near Aleppo, on July 23, 2012. (Bulent Kilic/AFP/GettyImages)