Shock, misery, and anger rose after a madman went on a rampage at a movie theater in Aurora, Colo. on Friday night. The meticulously-planned killing spree was carried out with cold efficiency as at least 70 people were shot, 12 of them fatally, in the suburban multiplex with a variety of guns. Several more remain in hospital in critical condition. Details of the gunman's weaponry, body armor, and booby-trapped apartment continue to shock and dismay as more information becomes public. The theater had been showing a midnight premiere of the new Batman movie "The Dark Knight Rises". Several of the pictures below depict intense personal grief. Also included here are images of the crime scene, the investigation, and memorial services. -- Lane Turner (32 photos total) 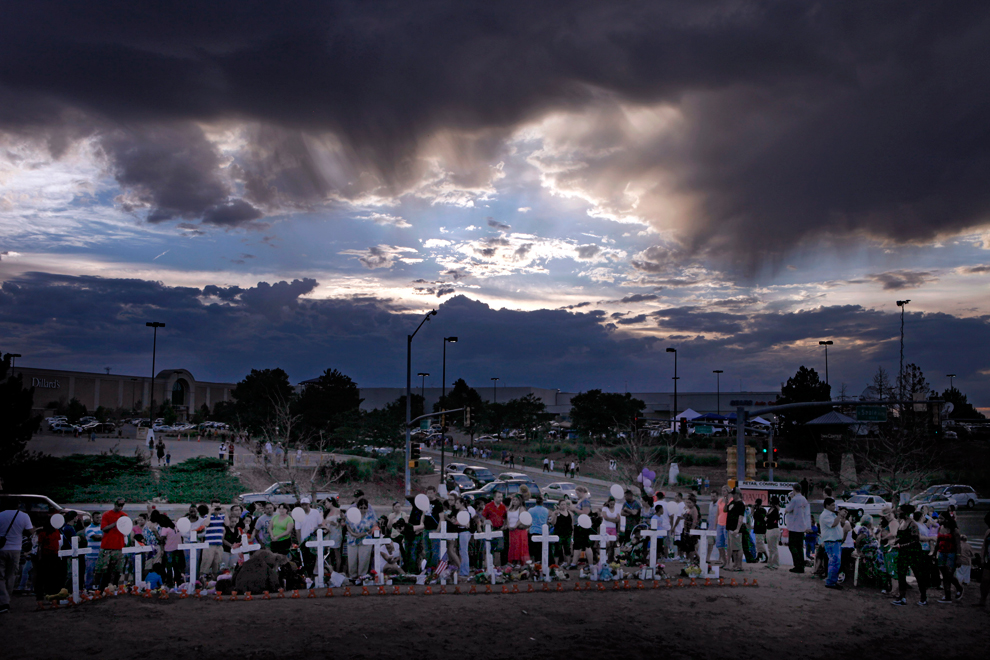 Storm clouds gather above a memorial for the victims in the shooting across the street from the Century 16 movie theater in Aurora, Colo. on July 22, 2012. (Ed Andrieski/Associated Press)