Events celebrating and protesting LGBT rights took place in many parts of the world in the last several months. Pride parades were met with violence or intimidation in Russia, Georgia, and Albania while other places saw wild street parties. Three million people celebrated on the streets of Sao Paulo, Brazil, often considered the biggest Pride event in the world. Activists in Uganda and Chile sought to change laws, while in the United States Barack Obama became the first American president to endorse same-sex marriage. Gathered here are pictures from events related to gay rights issues, LGBT Pride celebrations, and the International Day Against Homophobia and Transphobia. -- Lane Turner (39 photos total) 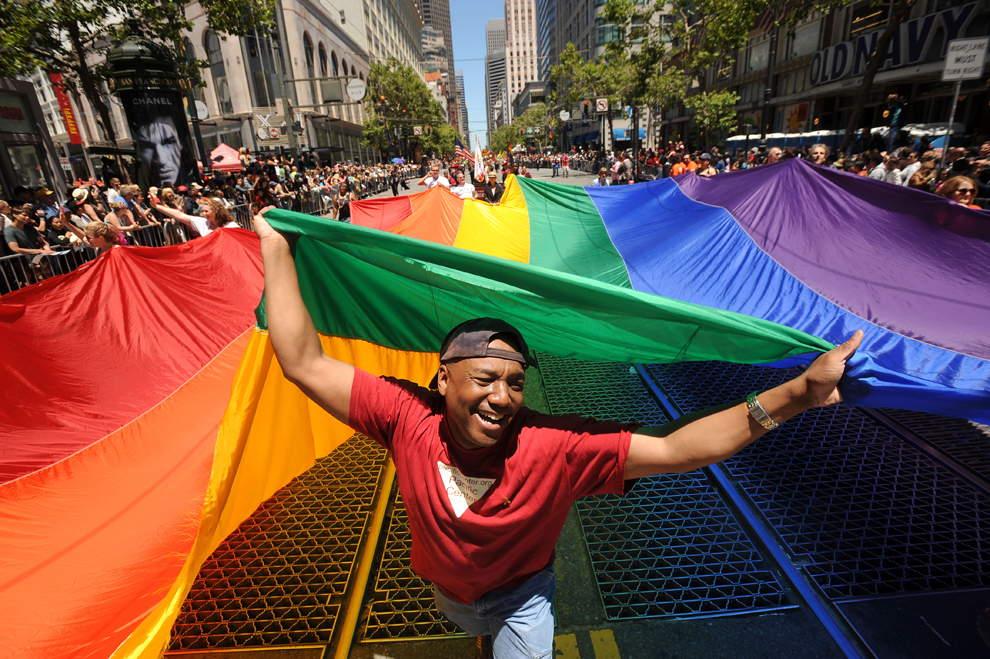