A symbolic gesture to raise awareness about energy consumption, Earth Hour has grown since its beginning in 2007 in Sydney to now include observances in 147 countries and over 5000 cities. For one hour, lights are switched off at 8:30 local time on the last Saturday in March. Increasing public environmental awareness in China, which has overtaken the United States as the world's biggest polluter, has led 124 cities there to mark Earth Hour. Beginning with the second photograph, click the pictures to see them fade from lights on to the lights switched off during Earth Hour 2012. -- Lane Turner (25 photos total) 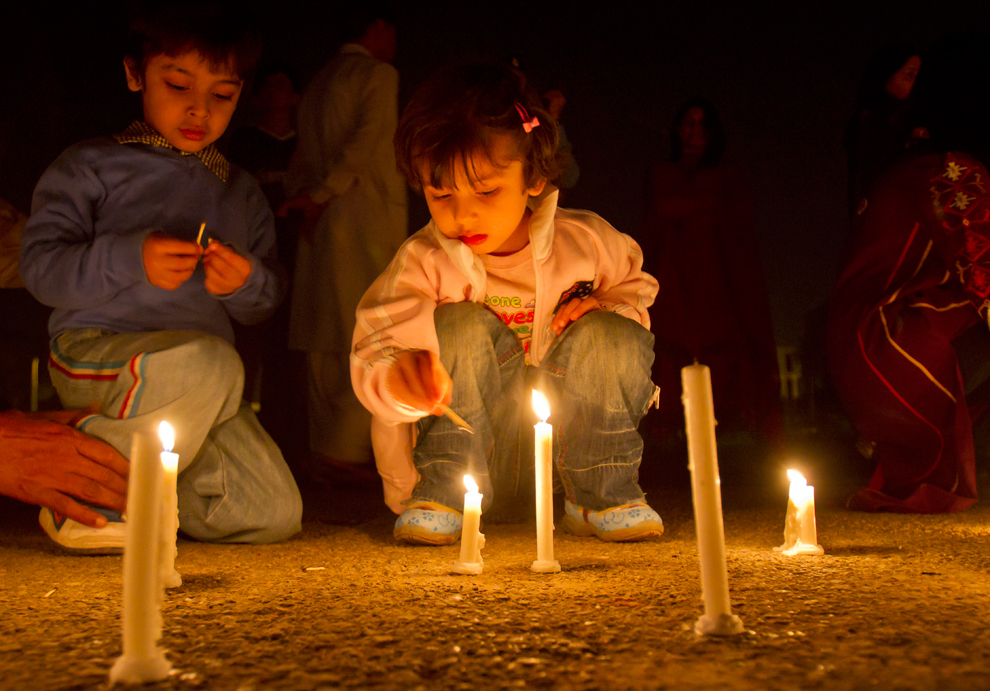 Children light candles during a ceremony to mark Earth Hour in Islamabad, Pakistan on March 31, 2012. Earth Hour took place worldwide at 8.30 p.m. local times and as an annual global call to turn off lights for 60 minutes in a bid to highlight energy consumption. (Anjum Naveed/Associated Press)