The festival of Purim

Purim, one of the most joyous holidays in the Jewish calendar was held a week ago, March 8 and 9, celebrating the deliverance of the Jewish people in exile in Persia. The story is told in the Book of Esther, which is read as part of the holiday, remembering how a young Jewish girl became queen of Persia and risked the anger of her new husband to get him to prevent an attack on all Jews living in Persia, men, women, and children. The story, also called the Megillah, tells of the fall of the kingâs feared adviser, who perishes out of his own malice, the bravery of a young woman, and the perseverance of the Jewish people. The festival is celebrated with gifts of food and drink, feasting, and games, especially dressing in costumes to remember how Esther was chosen as most beautiful in the kingdom. -- Lloyd Young (22 photos total) 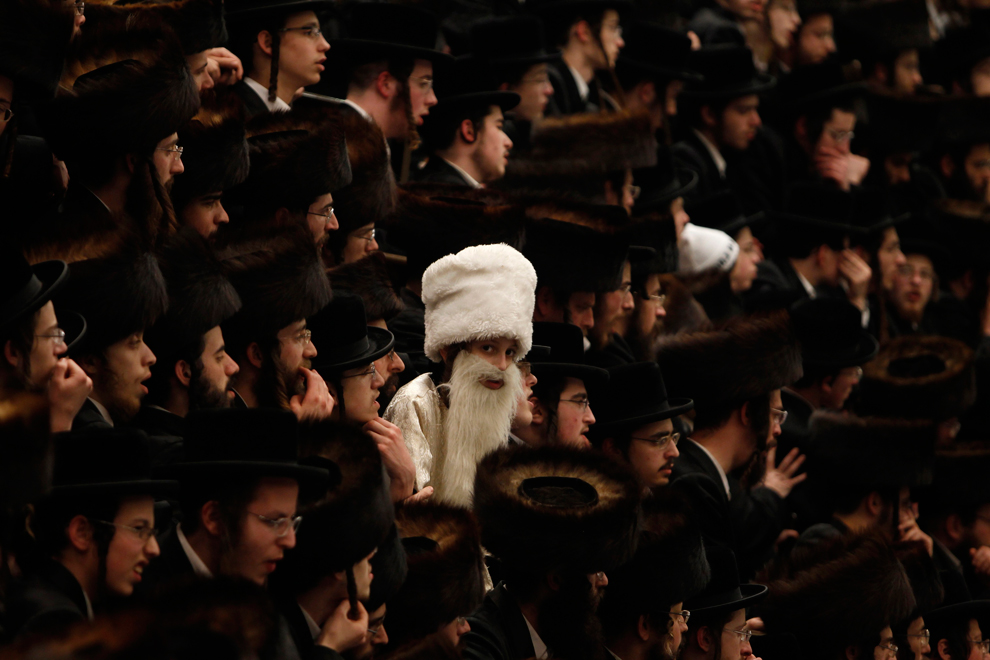 An Ultra Orthodox Jewish boy stands dressed in a costume during celebrations for the holiday of Purim at the Belz Hasidic dynasty synagogue in Jerusalem on March 8. Purim is a celebration of the Jews' salvation from genocide in ancient Persia, as recounted in the Book of Esther. (Baz Ratner/Reuters)