Angry protests broke out and shock rippled through Afghanistan on February 21 when accounts surfaced that NATO personnel at Bagram Air Base had burned a number of Korans and were preparing to burn more. A NATO spokesman said the books were inadvertently sent for incineration after being gathered at a detention facility for suspected insurgents. The incident brought nearly a week of strong anti-American demonstrations in which 30 people, including American troops were killed and many others wounded. Despite President Obama's letter of apology to President Hamid Karzai, the violence escalated. Two American soldiers were shot dead inside the Interior Ministry building in Kabul on Feb. 25. On Feb. 27, two suicide attackers detonated a car bomb at the entrance to a NATO air base in eastern Afghanistan. The Taliban claimed responsibility for the bombing as revenge for the burning of the Korans. While the violence raged, Afghan civilians faced harsher than usual winter weather and cold temperatures in which more than 40 people, mostly children, have frozen to death. -- Paula Nelson (48 photos total) 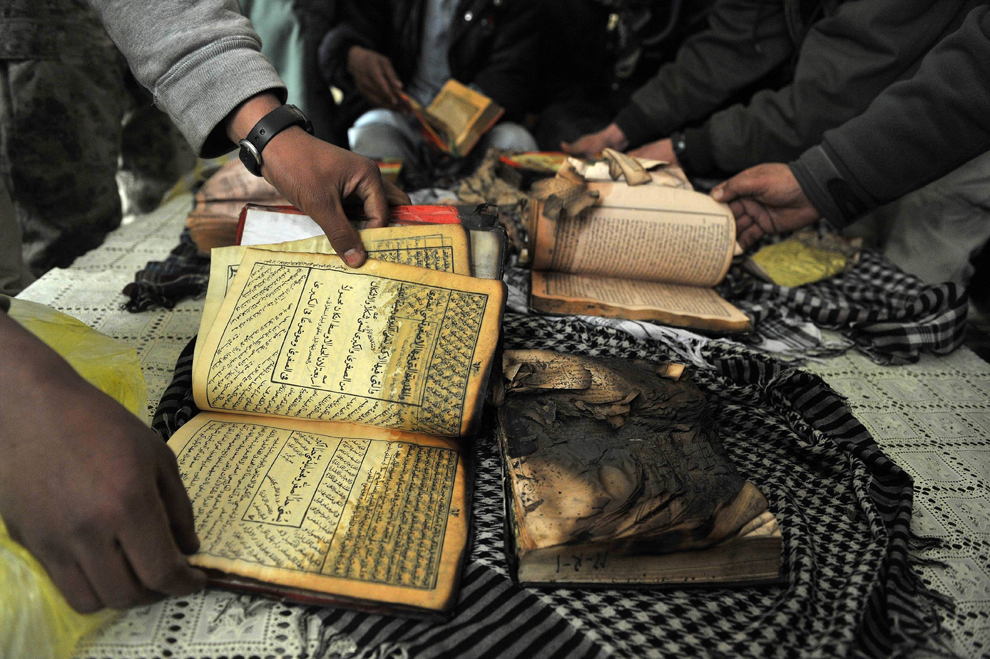 Afghan demonstrators show copies of the Koran allegedly set alight by US soldiers, during a protest against Koran desecration at the gate of Bagram airbase, Feb. 21, 2012 at Bagram, north of Kabul. The copies of the burned Korans and Islamic religious texts were obtained by Afghan workers contracted to work inside Bagram air base, and presented to demonstrators gathered outside the military installation.(Shah Marai/AFP/Getty Images)