Costa Concordia cruise ship runs aground off coast of Italy

The search continued for those still missing after the Costa Concordia luxury cruise ship smashed into a reef off the coast of Giglio, Italy, and partially sank last weekend. Eleven deaths were confirmed on Tuesday. The shipâs captain, Francesco Schettino, has been accused of manslaughter by prosecutors after he left the ship before all passengers were evacuated. -- Lloyd Young (34 photos total) 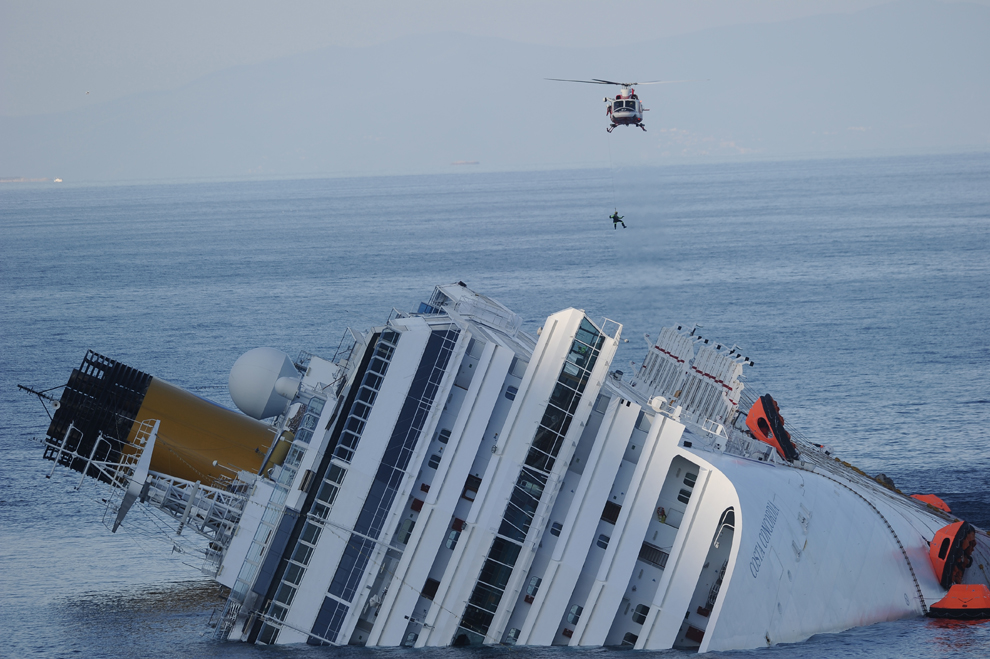 A rescuer being lowered on the cruise liner Costa Concordia on Jan. 18 that ran aground in front of the harbor of the Isola del Giglio (Giglio island) after hitting underwater rocks on January 13. Emergency workers fear that the ship could slip from its resting place on a rocky shelf and slip into deeper waters. (Vincenzo Pinto/AFP/Getty Images)