As the War in Afghanistan passes the 10-year mark, the effect of the American withdrawal is already being felt among civilian aid workers, raising anxieties that Afghanistan will be abandoned and that gains will be quickly reversed. Even President Hamid Karzai asked nations at a conference in Germany recently to continue aid to his country for another decade. The United States, which provides two-thirds of all development assistance in Afghanistan, slashed its $4 billion aid budget to $2 billion in the 2011 fiscal year. The budget for 2012 may be cut further. In this post we continue our monthly visit to the country of Afghanistan, its residents and our troops. -- Paula Nelson (47 photos total) 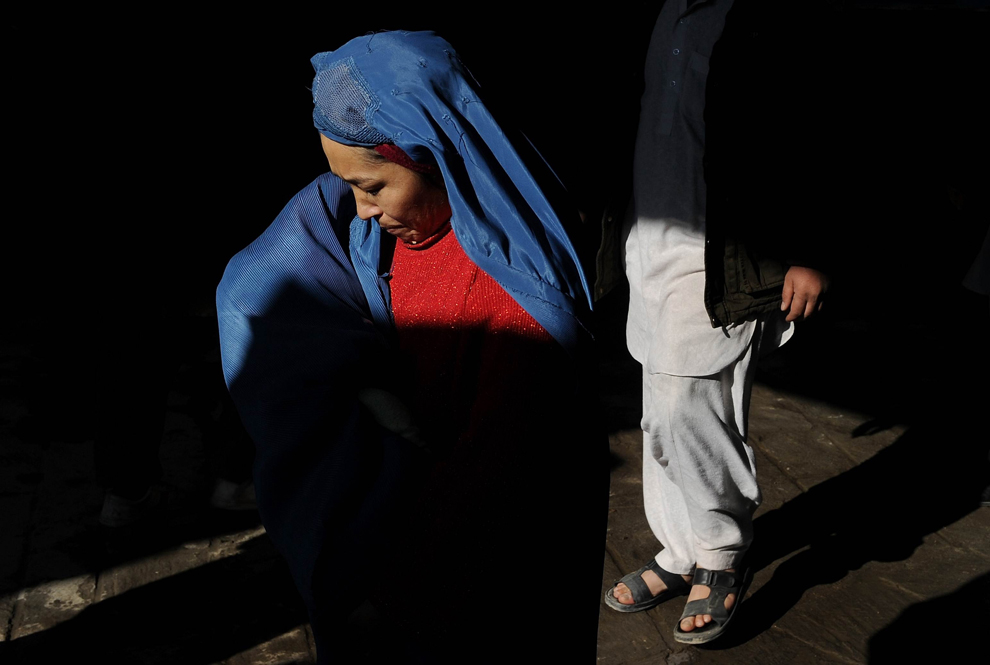 An Afghan woman, holding her baby, walks through a busy street in Kabul, Dec. 5, 2011. A major international conference on December 5 sought ways forward for Afghanistan after the withdrawal of NATO combat troops in 2014. The boycott of two crucial players,Pakistan and the Taliban, dampened hopes of success. The one-day gathering brought around 100 national delegations and aid organizations to the former German capital Bonn. (Shah Marai/AFP/Getty Images)