Taking the vote: elections in Egypt and the Democratic Republic of Congo

Hours after violent clashes between masses of protesters and police, Egyptians swarmed the polls early this week for the beginning rounds of parliamentary elections. They are the first elections since a prodemocracy uprising ousted longtime president Hosni Mubarak from office earlier this year. The poll stations have been remarkably peaceful, despite the simmering anger over the militaryâs extended role in running the government. In contrast, the Democratic Republic of Congo's presidential and legislative elections this week were beset by fraud, some observers say. In one town, rebel fighters attacked a polling place, killing at least five people and burning ballots. The voting was Congo's second since the end of the country's last war and the first organized by the government rather than the international community. -- Lloyd Young (30 photos total) 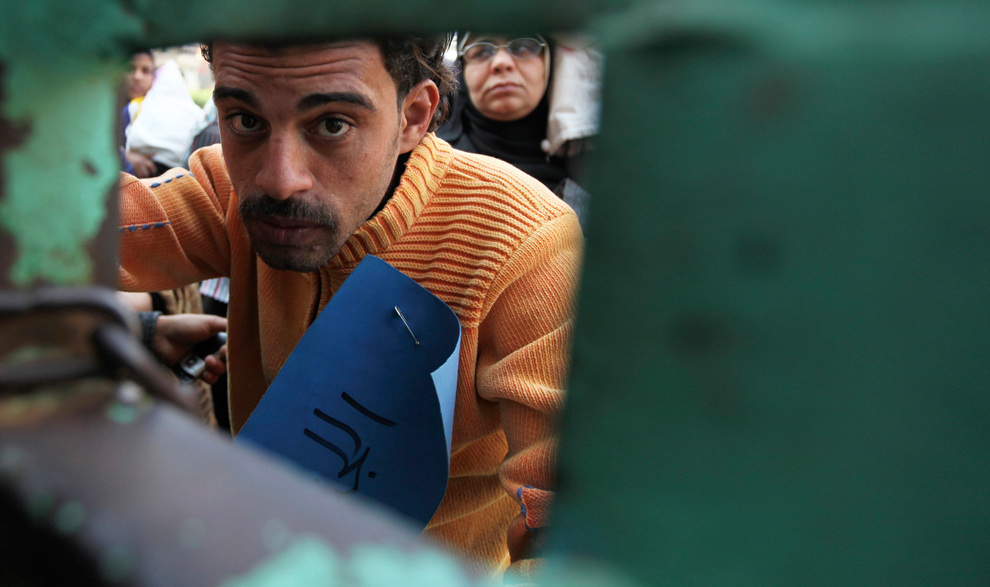 A man waits outside a polling station to cast his vote during parliamentary elections in Cairo Nov. 28. (Amr Abdallah Dalsh/Reuters)